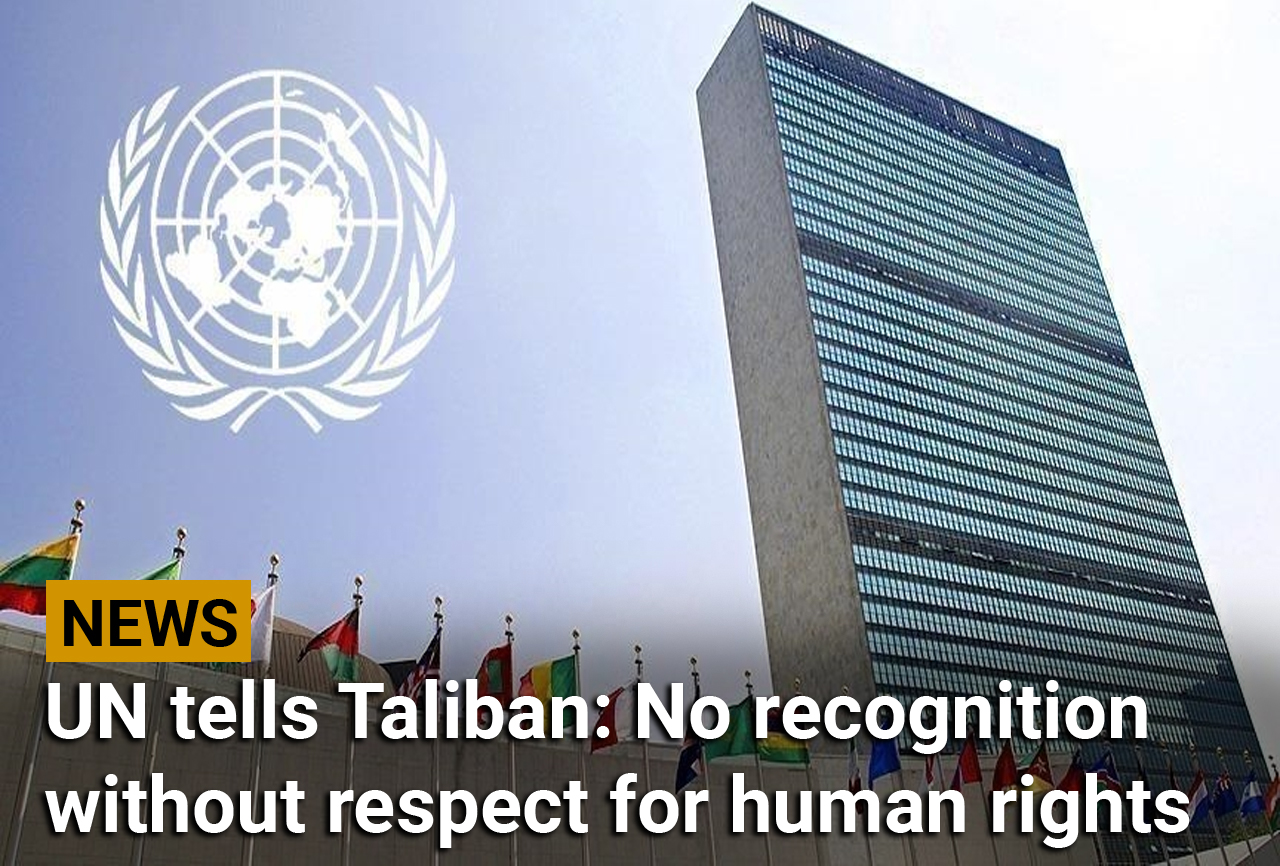 Taliban has banned women from parks, gyms in Afghanistan, further excluding them from public life

The UN General Assembly adopted a resolution Thursday that sends a strong message to the Taliban that the world body will not recognize Afghanistan’s de facto authorities without respect for human rights, including for women, girls, and minorities.

The 193-member Assembly voted on a resolution drafted by Germany and co-sponsored by 59 countries, including Türkiye, expressing concerns about developments and the volatility in Afghanistan since the takeover by the Taliban in August 2021, dire economic, humanitarian and social conditions, persistent violence, and the presence of terrorist groups.

A total of 116 countries voted in favor of the resolution, while 10 abstained, including Russia and China, who raised concerns that the text was “unbalanced.”

China and Russia called for unfreezing foreign assets of Afghanistan’s central bank held by the US and an investigation into foreign troops and their crimes, referring to the US presence in the country before Washington’s chaotic withdrawal in August 2021.

The resolution called for full respect for human rights and the meaningful participation of women in all spheres of life.

The Assembly also expressed serious concern for women and girls, the imposition of restrictions on their full, equal, meaningful, and safe participation in public life, including freedom of movement, and the lack of equal access to education, especially the decision by the Taliban not to reopen secondary schools to Afghan girls, economic and job opportunities, justice, and other services.

It urged the Taliban to reverse policies and practices restricting the enjoyment of human rights and fundamental freedoms by Afghan women and girls.

“The resolution is a clear call to respect, protect and fulfill human rights, develop inclusive governance and fight terrorism,” Germany’s UN Ambassador Antje Leendertse told the world body. “It contains a clear message that, without, there cannot be business-as-usual and no pathway towards recognition. Engagement
with the Taliban will have to remain limited in steps and scope, based on principles.”

The Taliban returned to power in Afghanistan on Aug. 15, 2021, as officials of the US-backed Kabul administration fled the country and foreign forces withdrew.

The takeover of the government, followed by the disruption of international financial assistance, has left the worn-torn country in economic, humanitarian, and human rights crises.

Women and girls have been deprived of their rights, including the right to education, and disappeared from the public under Taliban rule, Afghanistan’s de facto authorities.

The Taliban’s latest ban on women prevents them from using gyms and entering parks.

Thousands of women have since lost their jobs or were forced to resign from government institutions and the private sector.

Girls have been prevented from attending middle and high school. Many women have demanded their rights be reinstated by taking to the streets, protesting, and organizing campaigns.