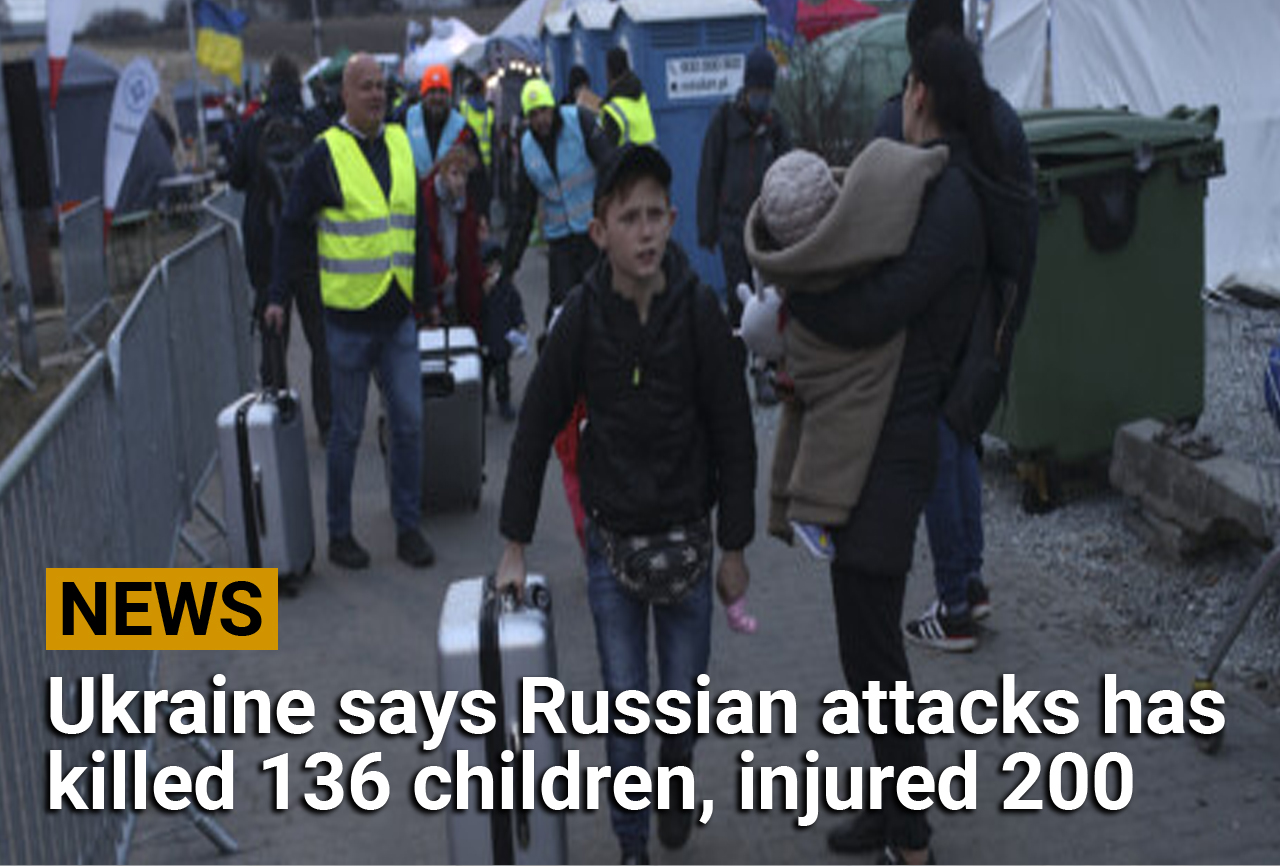 KYIV, Ukraine: A total of 136 children have so far been killed in Russia’s month-long war on Ukraine, Ukrainian officials said Saturday.

Nearly 200 children have also been injured in the conflict since it began on Feb. 24, the Prosecutor General’s Office said on Telegram.

Russian shelling has also damaged 570 educational institutions, including 73 which were completely destroyed, it added.

The Russia-Ukraine war has met international outrage, with the EU, US and UK, among others, implementing tough financial sanctions on Moscow.

At least 1,035 civilians have been killed in Ukraine and 1,650 injured, according to UN estimates, while cautioning that the true figure is likely far higher.

More than 3.7 million Ukrainians have also fled to neighboring countries, with millions more displaced inside the country, according to the UN refugee agency.