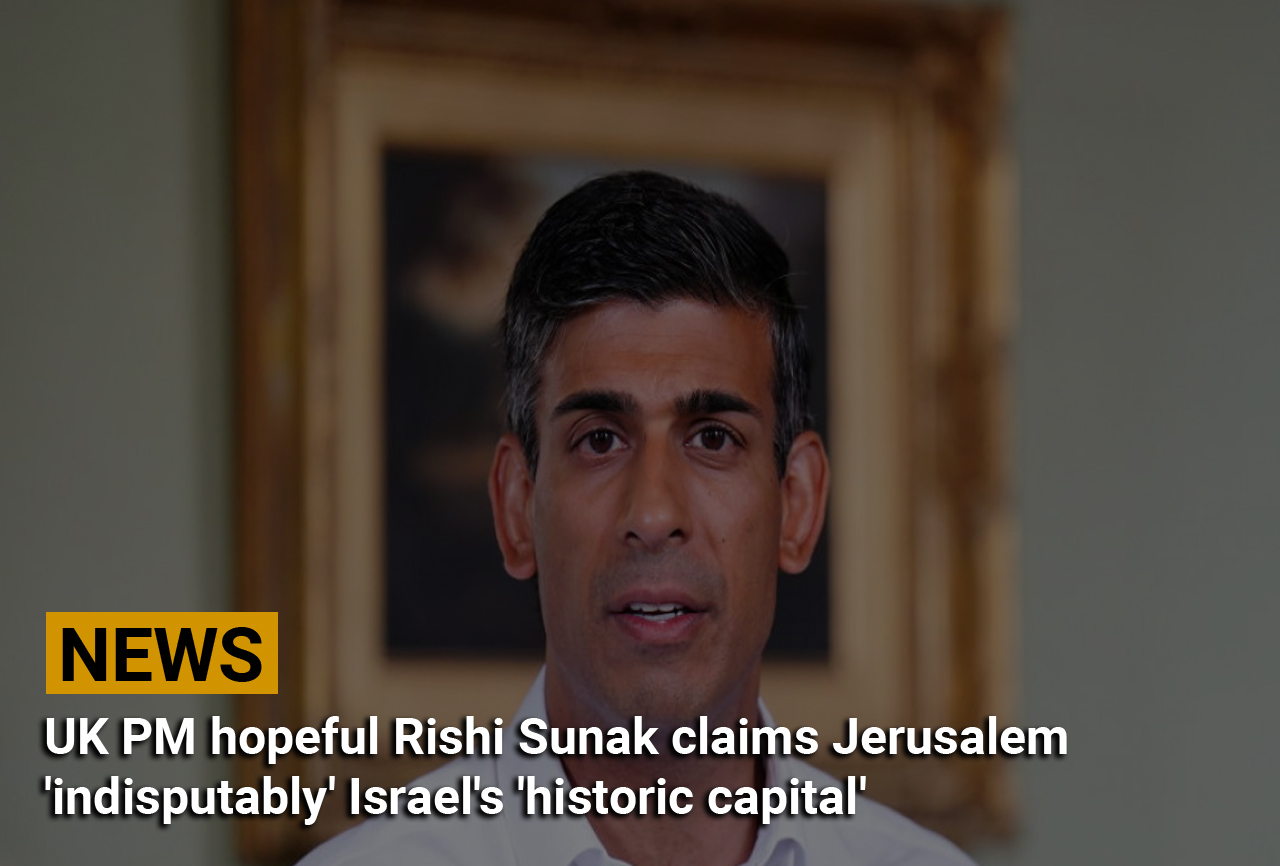 Rishi Sunak claimed Jerusalem is “indisputably” Israel’s “historic capital” on Monday, saying a “very strong case” exists for the UK to recognise it as the Israeli seat of government.

The former chancellor, who is currently campaigning to become the UK’s next prime minister, told a Conservative Friends of Israel (CFI) audience as part of his leadership bid that he would be “very open to looking” at the issue if he becomes prime minister, The Jewish Chronicle reported.

However, Sunak qualified his comments, saying that because he had not served as foreign secretary, there “must be some sensitivities involved”, given that “if it was that easy” the UK would already have recognised Jerusalem as Israel’s capital.

He added that “before saying ‘yes, it could be done overnight,'” he wants to “get in there” and see “the reasons why it’s proved so difficult”.

The United Nations considers the eastern part of Jerusalem occupied Palestinian territory and most of the international community does not accept Israeli sovereignty over the city, with exceptions including the United States.

Palestinians view occupied East Jerusalem, which Israel annexed in 1980 after capturing it in 1967, as the capital of their future independent state.

One member of the crowd enquired about whether the “language” of “‘occupied’ Palestinian territories”, meaning the West Bank and Gaza Strip, could be “changed to ‘disputed’ territories”, according to the Jewish News website.

Sunak responded: “I can’t stand there and say, ‘yes, I will definitely do that,’ because I don’t know the intricacies of what that involves.

“But I completely understand the sentiment of what you are saying.”

Sunak, who is competing against Liz Truss to become the next Tory leader and British prime minister, is the member of parliament for Richmond in Yorkshire.

Truss, who is the favourite to win the leadership race, promised to “review a move” of Britain’s Israel embassy to Jerusalem to “ensure we are operating on the strongest footing with Israel”.

She made the commitment in a letter to CFI members earlier in August, according to reports.

The British embassy, like most other countries’ missions to Israel, is currently located in the city of Tel Aviv.

“Every Day, We Remember…”: Bilkis Bano’s Husband On Release Of Her Rapists, Family’s Killers