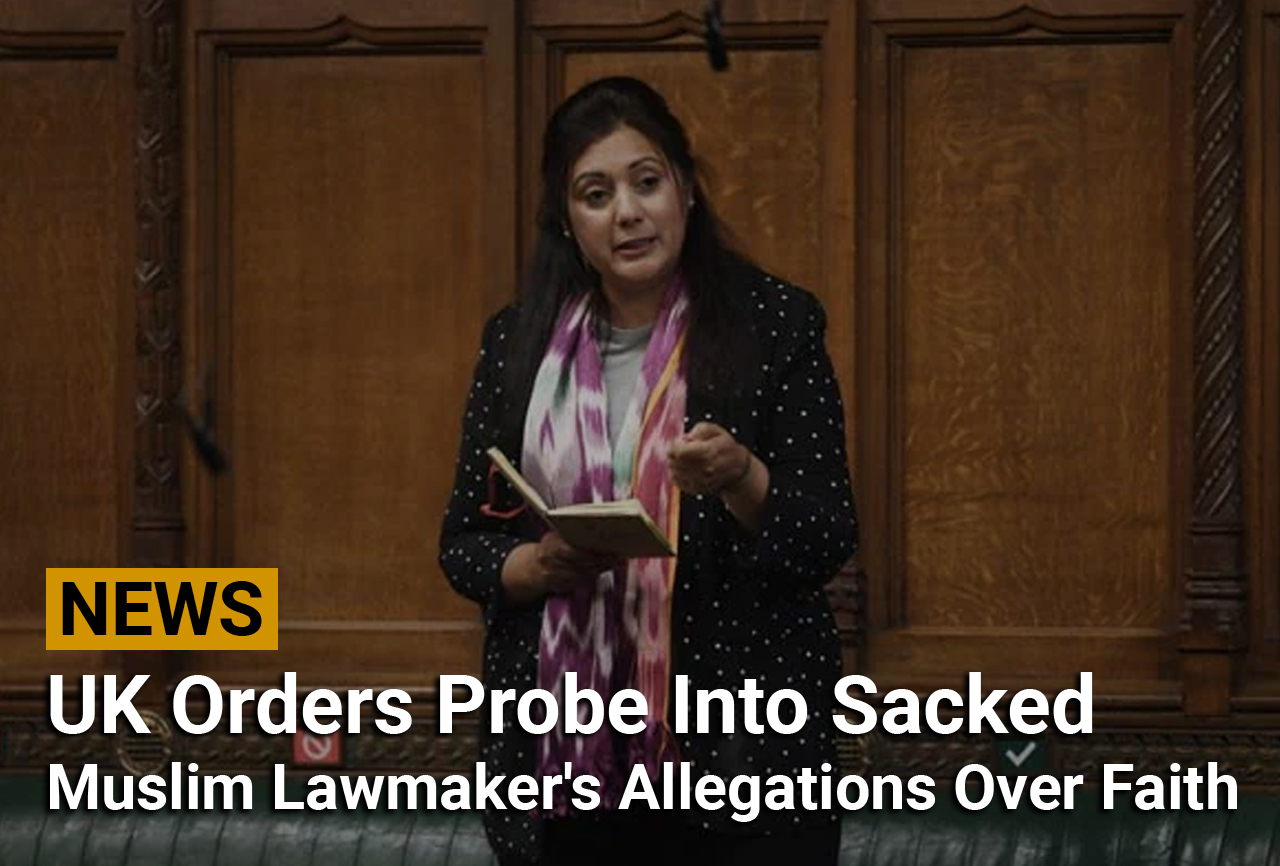 “The prime minister has now asked officials to establish the facts about what happened,” the spokesperson said, adding that Boris Johnson “takes these claims very seriously”.

British Prime Minister Boris Johnson has ordered an inquiry into claims by a Muslim former minister that she was sacked from his government because of her faith, a spokesperson said Monday.

The claims by Nusrat Ghani, a former junior transport minister, have stoked fresh controversy for Downing Street as PM Johnson awaits the findings of a different inquiry into “partygate” revelations.

“The prime minister has asked the Cabinet Office to conduct an inquiry into the allegations made by Nusrat Ghani MP,” the spokesperson said.

PM Johnson had initially urged Ms Ghani to file a formal complaint through the Conservative party. But she declined, arguing that the allegation centred on government rather than party work.

“The prime minister has now asked officials to establish the facts about what happened,” the spokesperson said, adding that Johnson “takes these claims very seriously”.

Ms Ghani welcomed the new probe, which was announced after she held talks with Johnson on Sunday evening.

“As I said to the prime minister last night, all I want is for this to be taken seriously and for him to investigate,” she tweeted.

The inquiry must look into what she was told both by Downing Street aides and by a Conservative whip in parliament, the Tory MP added.

Ms Ghani, 49, was sacked as a transport minister in 2020, and told the Sunday Times that a whip said her “Muslimness was raised as an issue” at one meeting in Downing Street.

She was also told her “Muslim woman minister status was making colleagues feel uncomfortable”, she claimed.

Chief whip Mark Spencer, whose role is to keep MPs on board with the government’s agenda, took the unusual step of identifying himself as the person at the centre of the claims, and strongly denied the allegations.

The government whips were already in the spotlight after they were accused by another Tory MP of “blackmailing” backbench critics of Johnson over the partygate affair.

Several Conservatives have called for the prime minister to quit after revelations that his staff had held frequent parties in Downing Street during Covid-19 lockdowns.

PM Johnson attended at least one of the gatherings, but denies breaking the law, and has commissioned senior civil servant Sue Gray to investigate.

Gray’s report could come out this week, according to reports.

In a newspaper column in 2018, Johnson sparked widespread criticism by writing that Muslim women wearing the burqa looked like “letter boxes” and a “bank robber”.