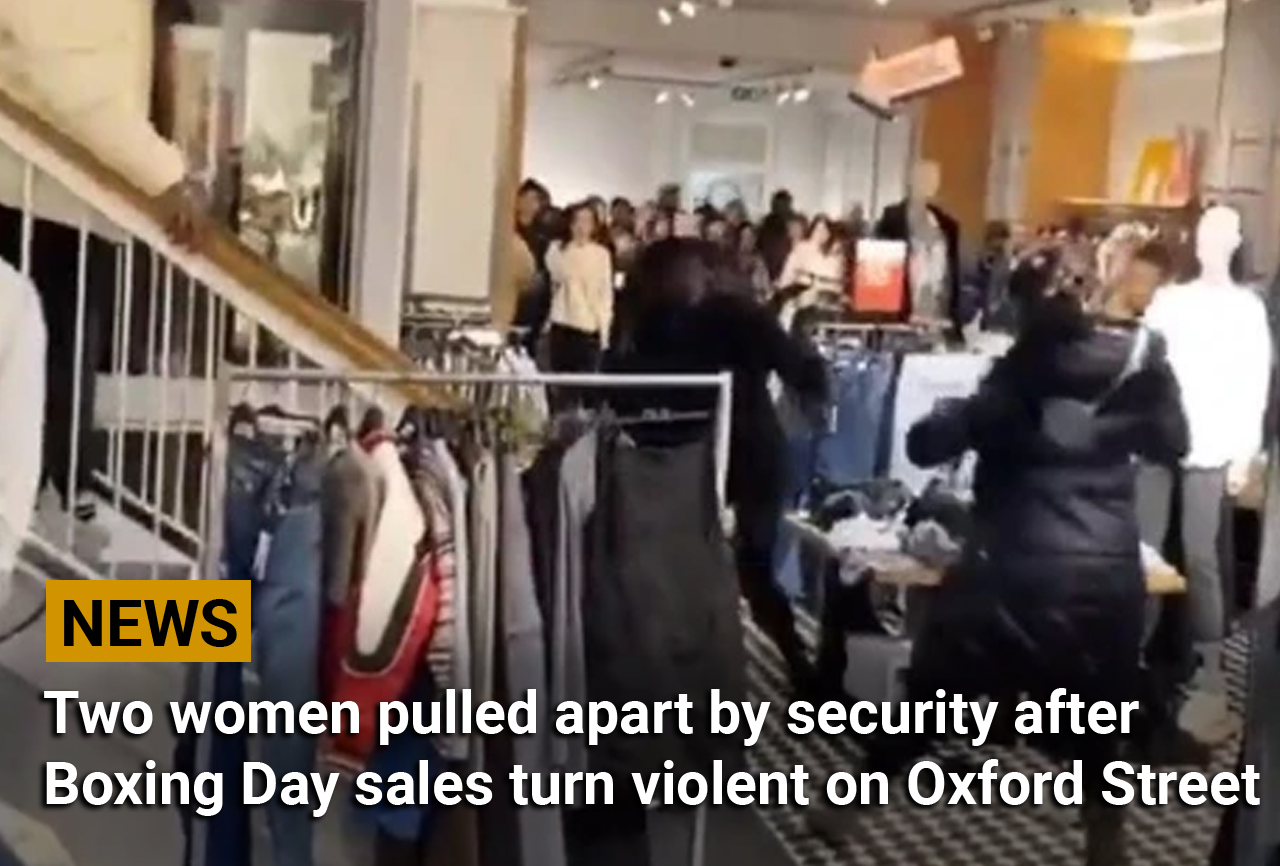 A huge brawl erupted in a London shop after tensions rose during Boxing Day sales.

Two women in Pull&Bear’s Oxford Street branch had to be forcibly pulled apart by security.

The store had been busy on December 26, with a large number of festive shoppers on the hunt for a bargain.

A video captured the moments peaceful shopping descended into chaos.

Two people were forced apart as they clashed inside the store – with one seemingly wielding a pair of jeans in the scuffle.

The Metropolitan Police confirmed to MyLondon that officers attended a shop on Oxford Street at 6.10pm on Monday, December 26 following reports of a fight.

In a statement, the force said: ‘Police were called at 18:10hrs on Monday, 26 December to reports of an altercation at a shop in Oxford Street.

‘Officers found a member of staff with a head injury. He declined medical assistance and continued his work.

‘There have been no arrests. Enquiries are ongoing.’

Boxing Day footfall this year was up by more than a third on the UK’s high streets despite train strikes and the cost-of-living crisis.

Concerns had been raised that strikes and tightening budgets could scare consumers away from shopping destinations on the first day of the sales.

There were increases across all three key retail destination types compared with the same period in 2021.

Central London, which has been hit hard by industrial action by transport unions, saw footfall more than double on Boxing Day. The figure for London was just 7.8% lower than the same day in 2019.

Diane Wehrle, insights director at Springboard, said a likely factor in the increase was that Boxing Day 2021 fell on a Sunday rather than a weekday, but added that the latest figures showed that the morning was particularly busy this year.