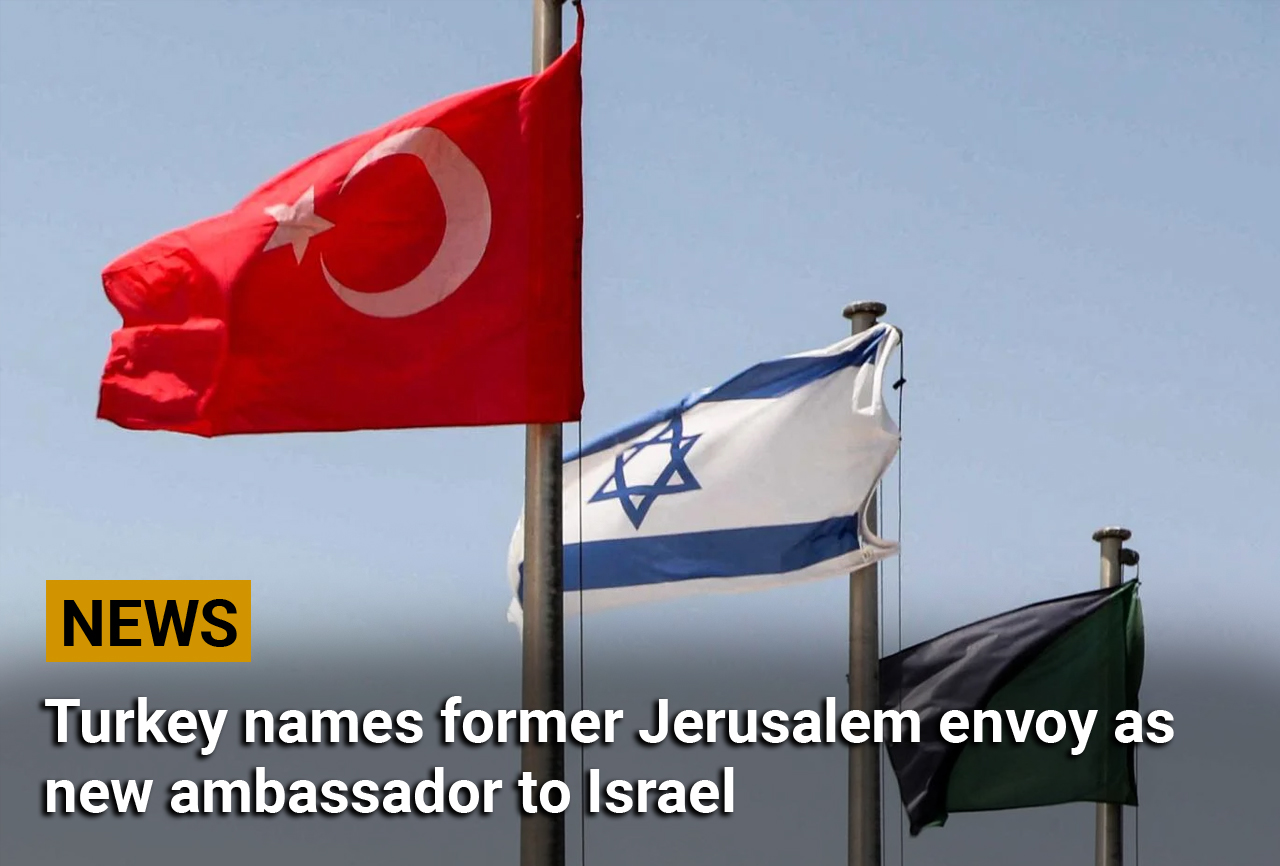 Foreign Minister Mevlut Cavusoglu notified Torunlar last night, as part of a new round of appointments to foreign nations.

Torunlar, a career diplomat with decades of experience, was formerly a Turkish consul-general in Jerusalem between 2010-2013. That position was an ambassador-rank post.

Sources in Ankara don’t expect any Israeli objection, as Torunlar isn’t a political appointee and has a clear track record of public service.

Palestinian Authority President Mahmoud Abbas awarded Torunlar the Order of the Jerusalem Star in 2013 for his contributions to Palestine-Turkey relations. Torunlar also served as an ambassador to Palestine after Ankara decided to treat it as a state in the same year.

Israel has already named Irit Lillian as its next ambassador to Ankara.

Relations between Turkey and Israel have been rocky since 2011, when Ankara expelled Israel’s ambassador following a UN report into the 2010 Israeli raid on the Mavi Marmara aid ship to Gaza, which killed nine Turkish citizens.

The rift was healed in 2016 when full diplomatic relations were restored and both countries traded ambassadors.

Tensions were renewed in 2018 when Israeli forces killed scores of Palestinians taking part in the Great March of Return protests in the Gaza Strip. The protesters demanded the implementation of refugees’ right of return and an end to the crippling 11-year siege on Gaza.

Turkey recalled all its diplomats and ordered Israel’s envoy out of the country.

The latest development comes five months after Israel’s President Isaac Herzog visited Ankara in the first trip by an Israeli head of state to Turkey since 2008. Before the visit, a year of silent Turkish and Israeli intelligence cooperation had convinced Israel that Turkey was a rational actor that acted upon its interests, rather than ideological standpoints.