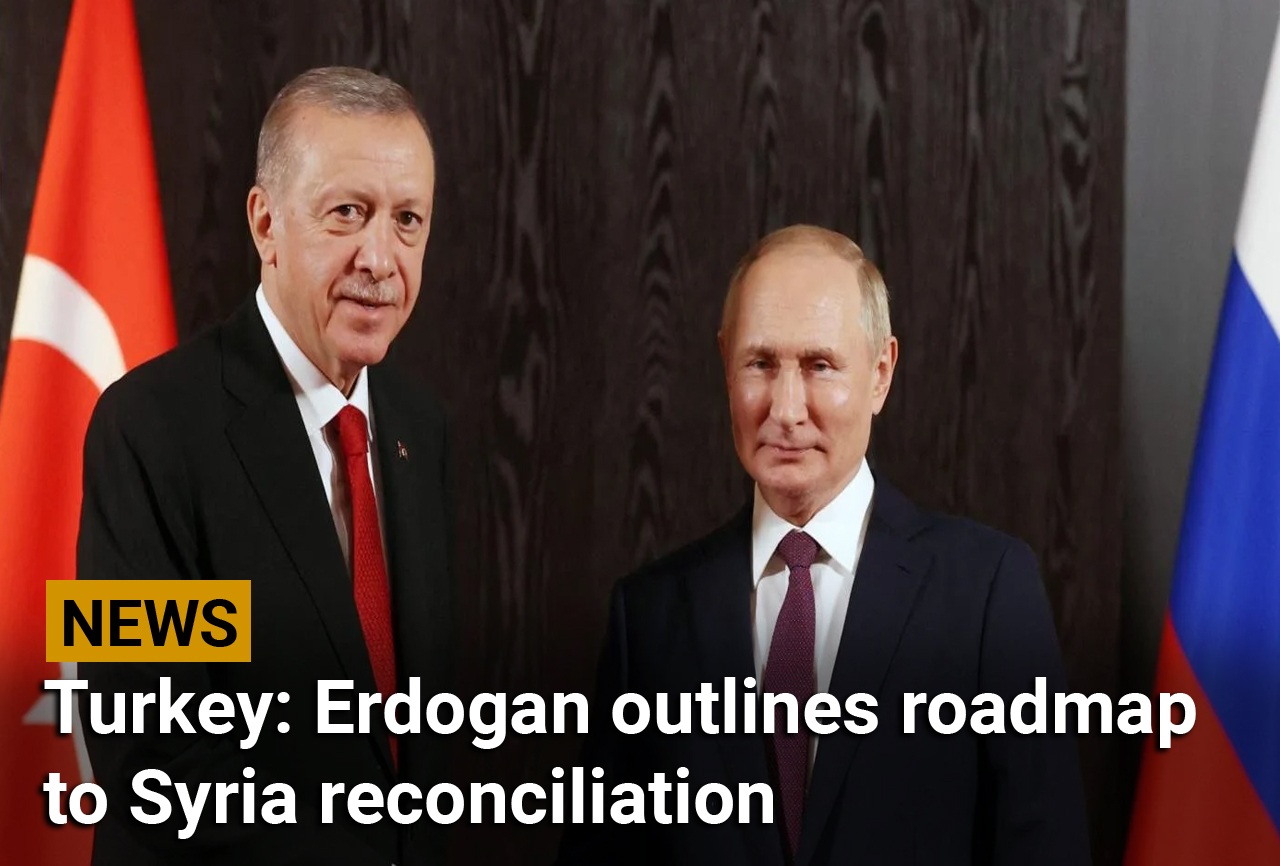 Turkish president says Turkey, Syria and Russia could jointly run negotiations and build up to meeting of leaders

Turkish President Recep Tayyip Erdogan said on Thursday that Ankara wants to normalise ties with the Syrian government through trilateral contacts that would include Russia.

Erdogan said he made this proposal to his Russian counterpart Vladimir Putin, who he said had already agreed to the roadmap. In August, Erdogan said that Ankara isn’t seeking the removal of Syrian President Bashar al-Assad from power, signalling a shift from his policy of backing the uprising against Assad’s government over the last 10 years.

However, he also added that Turkey won’t tolerate the presence of Syrian Kurdish militant groups along the Turkish border. Turkey views the People’s Protection Units (YPG) militia as an extension of the PKK, an armed Kurdish faction that has been at war with the Turkish state for decades.

Erdogan said Turkey will continue to target the YPG within the 30km zone south of its border that was declared a buffer area in a set of deals with Assad’s patron Russia.

Turkey began an intensive bombing campaign in northern Syria in response to a deadly terror attack in Istanbul in November. Both Syrian government forces and YPG fighters have been killed in the Turkish response. The YPG and PKK deny any involvement in the Istanbul bombing.

Erdogan accused the YPG of operating oil wells with US protection only to sell the product to Damascus.

“Where are they selling the oil? They sell to the regime,” Erdogan said. “But now patience is over. Now we have taken and are taking all kinds of steps towards their refineries, oil wells, etc.”

Turkey has also targeted the oil wells over the past month, creating tensions with the US, which has forces in the vicinity and supports the SDF, a militia led by the YPG that has been combating the Islamic State group.

During the same remarks, Erdogan also rallied against the EU foreign policy chief Josep Borrell, who recently criticised Ankara, an EU candidate country, for not joining the union’s sanctions against Russia

“I do not take Borrell as my interlocutor,” Erdogan said. “He can only be [Turkish foreign minister] Mevlut Bey’s interlocutor. His explanation is not elegant at all. In other words, Borrell cannot appoint or regulate our relations with Russia. He has neither the quality nor the capacity to make such a decision on these matters. A very ugly explanation.”

Number of Jailed Journalists at New Global Record, Seven Behind Bars in India