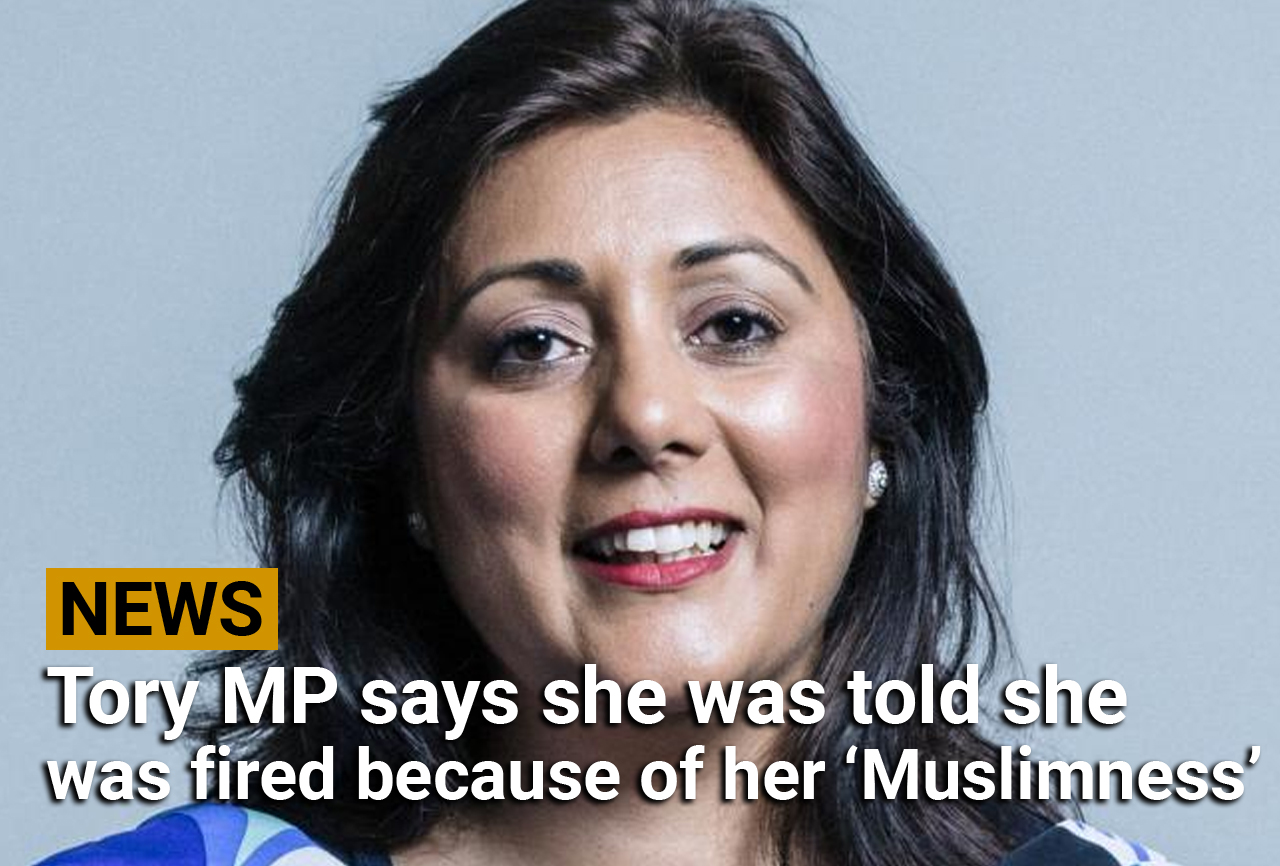 A Tory MP has accused a Government whip of telling her that she was sacked from her ministerial post because her Muslim faith was “making colleagues uncomfortable”.

Nusrat Ghani lost her job as a transport minister in a mini-reshuffle in February 2020 following the resignation of Sajid Javid as chancellor.

In an interview with The Sunday Times, she said that in a briefing afterwards with the whips, she was told that her “Muslimness” had been raised as an issue at a meeting in Downing Street.

“It was like being punched in the stomach. I felt humiliated and powerless,” the MP for Wealden told the paper.

A spokesman for the whips’ office said the allegations were “categorically untrue” and that the Conservative Party did not tolerate racism or discrimination.

In her interview, Ms Ghani said: “I was told that at the reshuffle meeting in Downing Street that ‘Muslimness’ was raised as an ‘issue’, that my ‘Muslim women minister’ status was making colleagues uncomfortable and that there were concerns ‘that I wasn’t loyal to the party as I didn’t do enough to defend the party against Islamophobia allegations’.

“When I challenged whether this was in any way acceptable and made clear there was little I could do about my identity, I had to listen to a monologue on how hard it was to define when people are being racist and that the party doesn’t have a problem and I needed to do more to defend it.

“It was very clear to me that the whips and No 10 were holding me to a higher threshold of loyalty than others because of my background and faith.”

Her comments come as the conduct of the whips’ office is under intense scrutiny amid accusations they used intimidation and blackmail to pressurise MPs seeking to oust Boris Johnson as Prime Minister.

In a statement, a spokesman on behalf of the whips’ office said: “These claims are categorically untrue. Ministerial roles are appointed on merit and rewards for hard work.

“The Conservative Party does not tolerate any form of racism or discrimination.”

However the senior Tory who first raised the issue, William Wragg – the chairman of the Commons Public Administration and Constitutional Affairs Committee, praised Ms Ghani’s courage in speaking out.

“Nus is very brave to speak out. I was truly appalled to learn of her experience. She shows such strength and integrity supporting others,” he tweeted.

“I am proud to have her as my friend and colleague. We must change things for the better.”

Mr Wragg is due to discuss his claims with a Scotland Yard detective next week, adding to the pressure on Mr Johnson who is facing calls to resign over lockdown drinks parties in Downing Street.

“I value Nus Ghani as a great colleague and I’m appalled. We must get to the bottom of it,” he tweeted.

Labour deputy leader Angela Rayner said she was “absolutely disgusted” by the claims.

“Shocking and truly appalling allegations. It is unacceptable for anyone to ever be discriminated against for their faith,” she said.