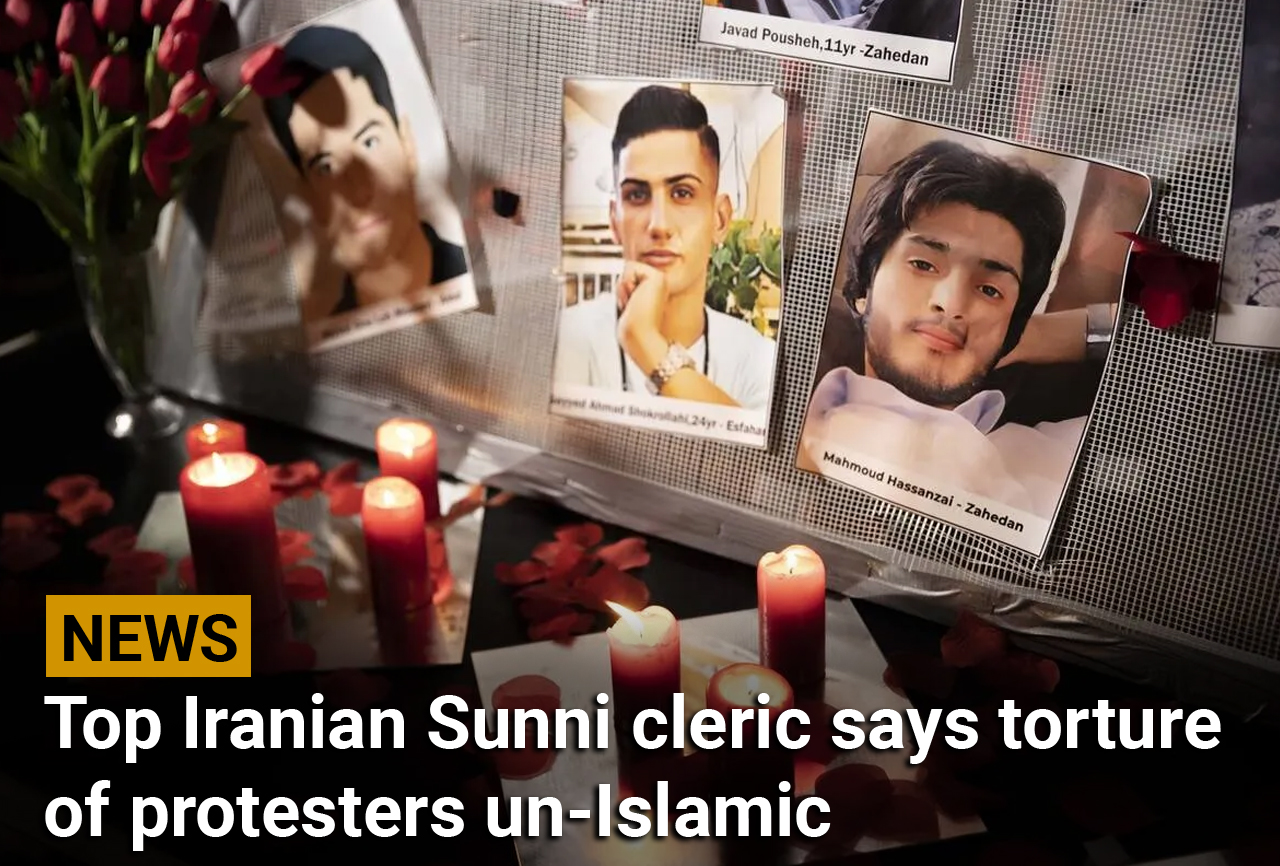 Meanwhile, the authorities’ crackdown following nationwide protests continued with arrests, including that of a celebrity chef and a prominent journalist.

Anti-government marches have been held on Fridays in the southeastern Sistan-Baluchistan province as part of protests after the death in custody on September 16 of a young Iranian Kurdish woman detained by the morality police for flouting a strict dress code for women.

“If someone does not accept the accusation, they torture him to accept it. Confessions under coercion and the beating of the accused have no place in sharia (Islamic law) and our country’s Constitution,” Molavi Abdolhamid Ismaeelzahi said in a Friday prayers sermon, according to his website.

Ismaeelzahi is based in Zahedan, capital of the impoverished Sistan-Baluchistan province, home to Iran’s Baluch minority. Authorities have reportedly pressured him by banning him from traveling abroad and restricting his travels and contacts within Iran.

Rights groups say convictions of dissidents in Iran’s courts are often based on forced confessions. Iran denies that.

Ismaeelzahi, a powerful dissenting Sunni voice in the Shi’ite-ruled Islamic Republic, also denounced mass arrests in Zahedan, after state media said security forces had arrested more than 100 “thugs and armed robbers” there in the past few days.

After the sermon, demonstrators marched in Zahedan, chanting “Death to the Islamic Republic”, according to videos posted on social media. Reuters could not immediately verify the footage.

Separately, the chef and influencer Navab Ebrahimi was arrested in the capital Tehran and taken to Evin prison, where many political detainees are held, the rights group HRANA said.

There was no immediate word from the judiciary on the reported arrest of Ebrahimi, who had 2.7 million followers on Instagram. His account was unavailable on Friday.

Postings on social media said his arrest may have been linked to a video showing him preparing Persian cutlets, which may have been seen as a taunt amid state-sponsored events marking the third anniversary of the killing of Iran’s top general Qassem Soleimani in a US drone attack.

Mehdi Beik, who headed the political desk of the moderate newspaper Etemad, was detained by security agents on Thursday, his wife said on Twitter.

Officials are yet to announce the reasons for the detention of Beik, who had interviewed relatives of arrested protesters.

The U.S.-based Committee to Protect Journalists said on Twitter that, as of January 5, it had documented the names of at least 84 journalists who had been arrested in Iran amid the ongoing protests, 36 of whom had been released on bail.