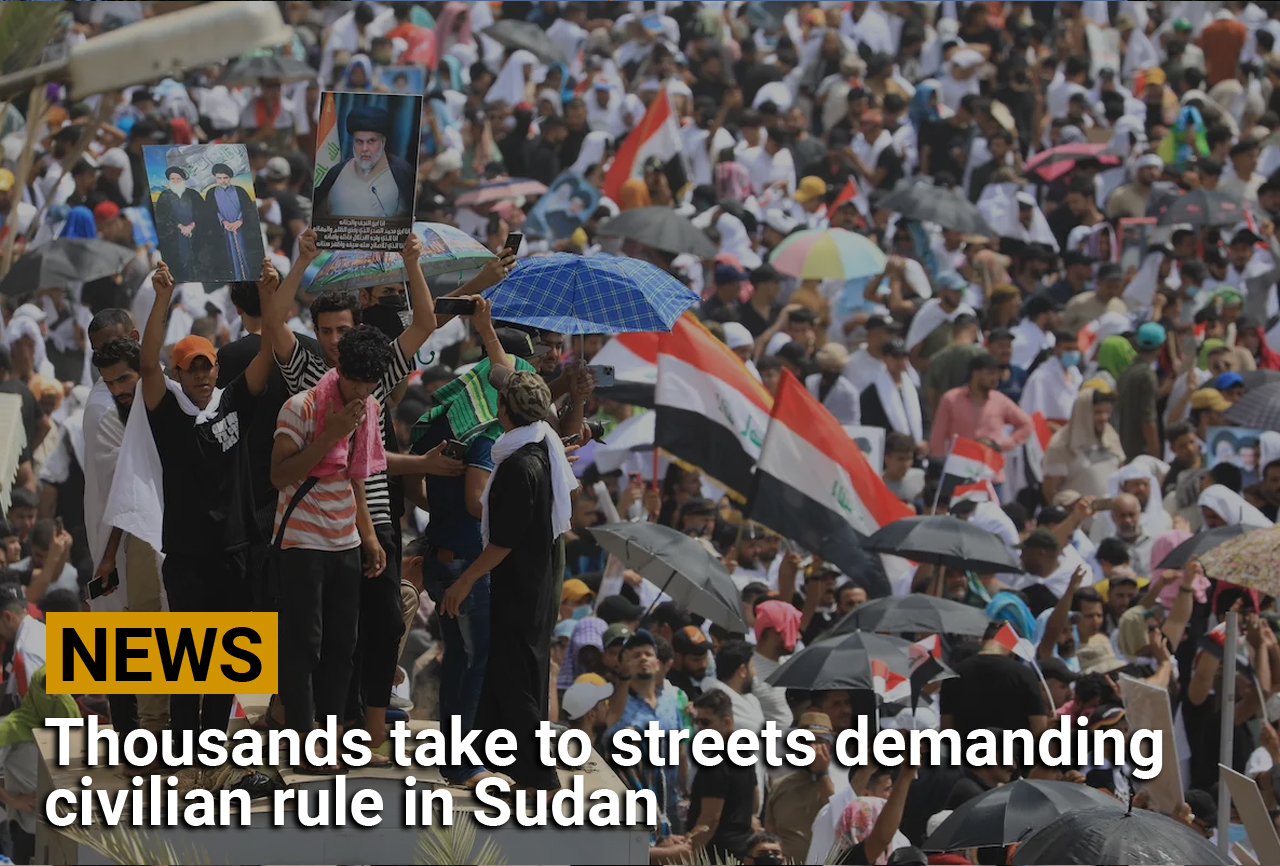 Thousands of Sudanese protesters participated in demonstrations in the capital, Khartoum, and nearby cities demanding civilian rule and rejecting the “military coup”, Anadolu news agency reported.

Anadolu correspondent and eyewitnesses said thousands of demonstrators took to the streets in the cities of Khartoum, Bahri and Omdurman at the invitation of the Resistance Committees, under the slogan “The July 17 Millions”.

Protesters raised Sudanese flags, chanted slogans against the military rule and called for the return of the democratic civilian rule.

They also closed a number of main and secondary streets in the centre of the capital with concrete barriers, tree trunks and burning tyres.

Police forces fired stun grenades and tear gas canisters to disperse the demonstrators in the centre of the capital, but the protesters soon returned.

Bridges leading to the capital were closed by security forces to stop protesters joining the demonstration.

The security forces also closed the roads leading to the army’s general command, the presidential palace and the airport, with concrete barriers and barbed wire.

The head of the Sovereign Council, army chief Abdel Fattah Al-Burhan denies staging a military coup and claims he took measures last October to “correct the course of the transitional phase”.