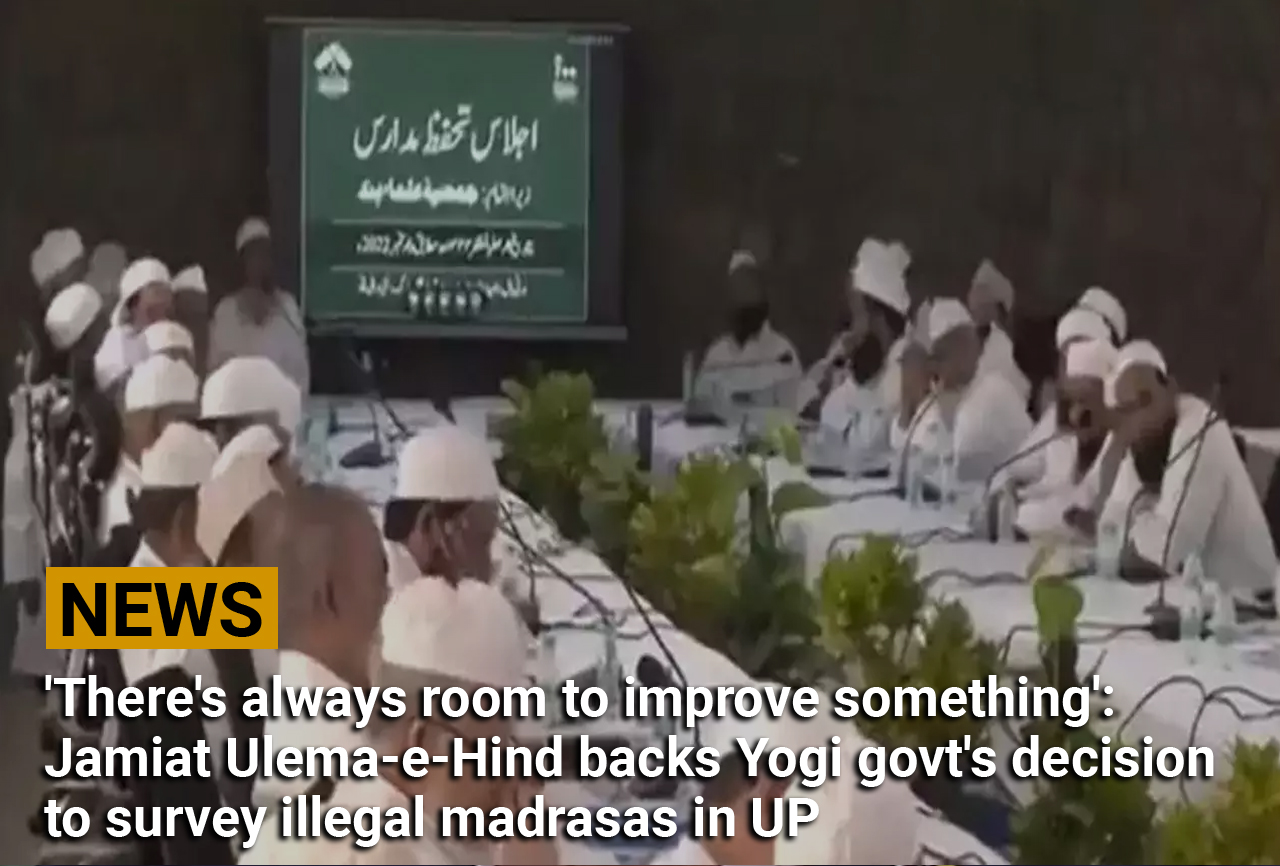 The Yogi Adityanath government in Uttar Pradesh has announced a survey of the madrasas saying it wants to gather information on the number of teachers, their curriculum, and the basic facilities available.

New Delhi: In a major development, Jamiat Ulema-e-Hind on Tuesday backed the Yogi Adityanath government’s decision to survey illegal madrasas in Uttar Pradesh. The Muslim body also discussed various issued during the meeting held today. The Jamiat, however, expressed concerns over the actions taken against madrasas in Assam and confirmed they will send an application to concerned authorities.

While speaking to media after the meeting, Jamiat Ulama-e-Hind’s Maulana Mehmood Madani said, “You saw what happened in Assam. It is illegal if that method is taken up. We will send an application to concerned authorities, seeking time to meet them.””Nothing should be done in a wrong manner, even if it is good work. There’s always room for improving something. Manner in which it’s being portrayed is wrong,” he added, backing the UP government’s decision.

This has come a day after the All India Muslim Personal Law Board (AIMPLB) questioned the UP government’s surveying of unrecognised madrasas and curriculum in the state.The AIMPLB has termed it a part of the “targeting” of the institutions by the BJP-ruled states.

While speaking to media, AIMPLB member Qasim Rasool Ilyas said, “Madrasas are being targeted in Uttar Pradesh and Assam. This is being done even though minority institutions are protected under the law. In Assam, the government has gone as far as to bulldoze some of the smaller madrasas while converting others to schools.””If the issue is that of restricting religious education and promoting secular education instead, then why isn’t the government taking the same action against gurukuls?” he asked.The AIMPLB also feared that state government action against madrasas will not remain confined to the small bodies.Meanwhile, the Yogi Adityanath government in Uttar Pradesh has announced a survey of the madrasas saying it wants to gather information on the number of teachers, their curriculum, and the basic facilities available.