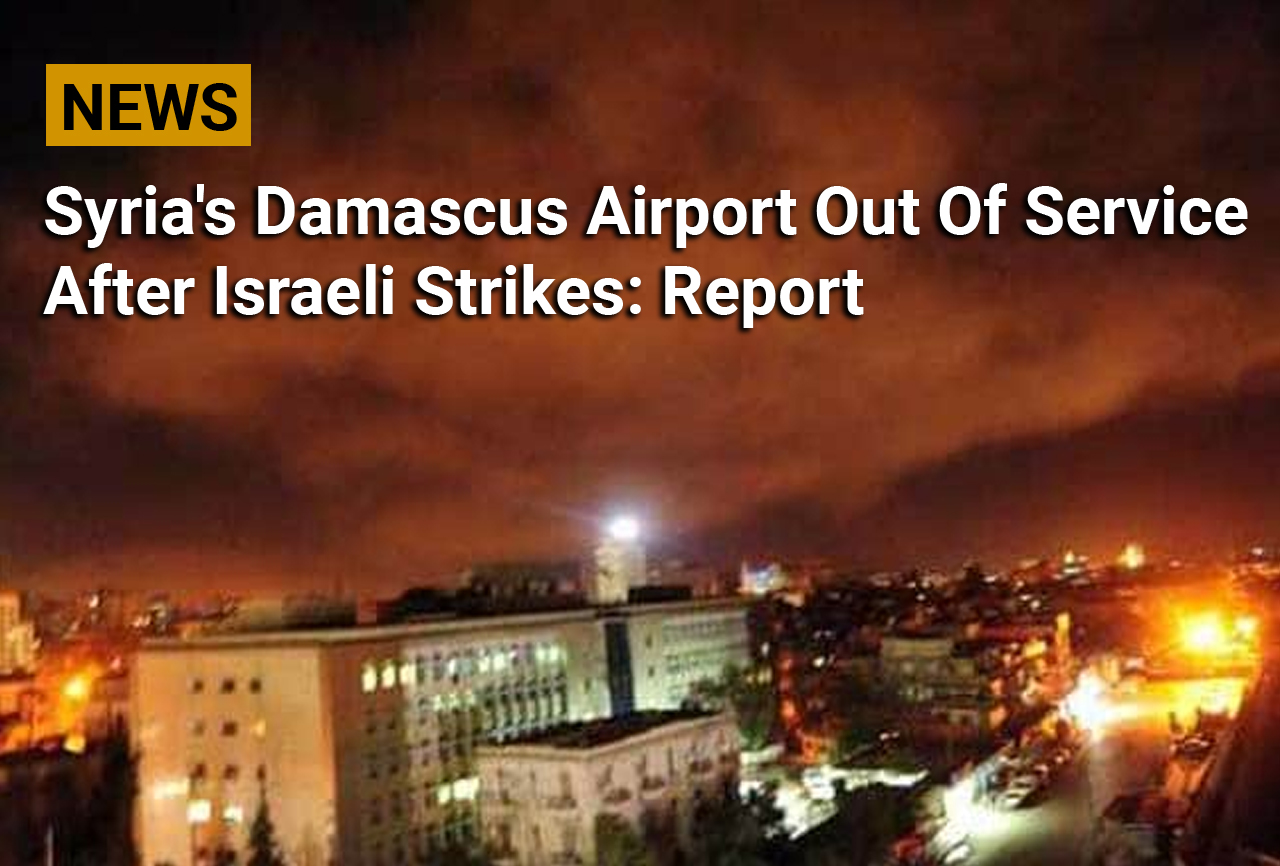 The attack caused the death of two soldiers and put the Damascus International Airport out of service, the report said.

The Israeli army carried out a missile strike Monday that put Damascus International Airport out of service and killed two soldiers, Syria’s state news agency SANA reported, quoting a military source. At around 2:00 am (23:00 GMT), Israel carried out an attack with “barrages of missiles, targeting Damascus International Airport and its surroundings”, the military source told SANA.

The attack caused “the death of two soldiers… putting Damascus International Airport out of service”, the source said.

Monday’s strikes hit “positions for Hezbollah and pro-Iranian groups inside the airport and its surroundings, including a weapons warehouse”, the head of Britain-based Syrian Observatory for Human Rights, Rami Abdul Rahman, told AFP.

Since civil war broke out in Syria in 2011, Israel has carried out hundreds of air strikes against its neighbour, targeting government troops as well as allied Iran-backed forces and fighters from Lebanon’s Hezbollah.

Israel rarely comments on reports of its attacks, but it has repeatedly said it will not allow its archfoe Iran to gain a foothold in Syria.

The last time the airport was out of service was in June — also after Israeli air strikes.

Monday’s air strike in Syria comes after the war-racked country experienced its lowest yearly death count since the conflict started over a decade ago.

At least 3,825 people died in Syria’s war in 2022, according figures compiled by Britain-based Syrian Observatory for Human Rights — down from the previous year’s 3,882.

Among those killed in 2022 were 1,627 civilians, including 321 children, according to the Observatory, which relies on a wide network of sources on the ground in Syria.

After years of deadly fighting and bombardments following the brutal suppression of 2011 anti-government protests, the conflict has largely abated in the last three years.

Sporadic fighting at times breaks out and jihadist attacks continue, mainly in the east of the country.