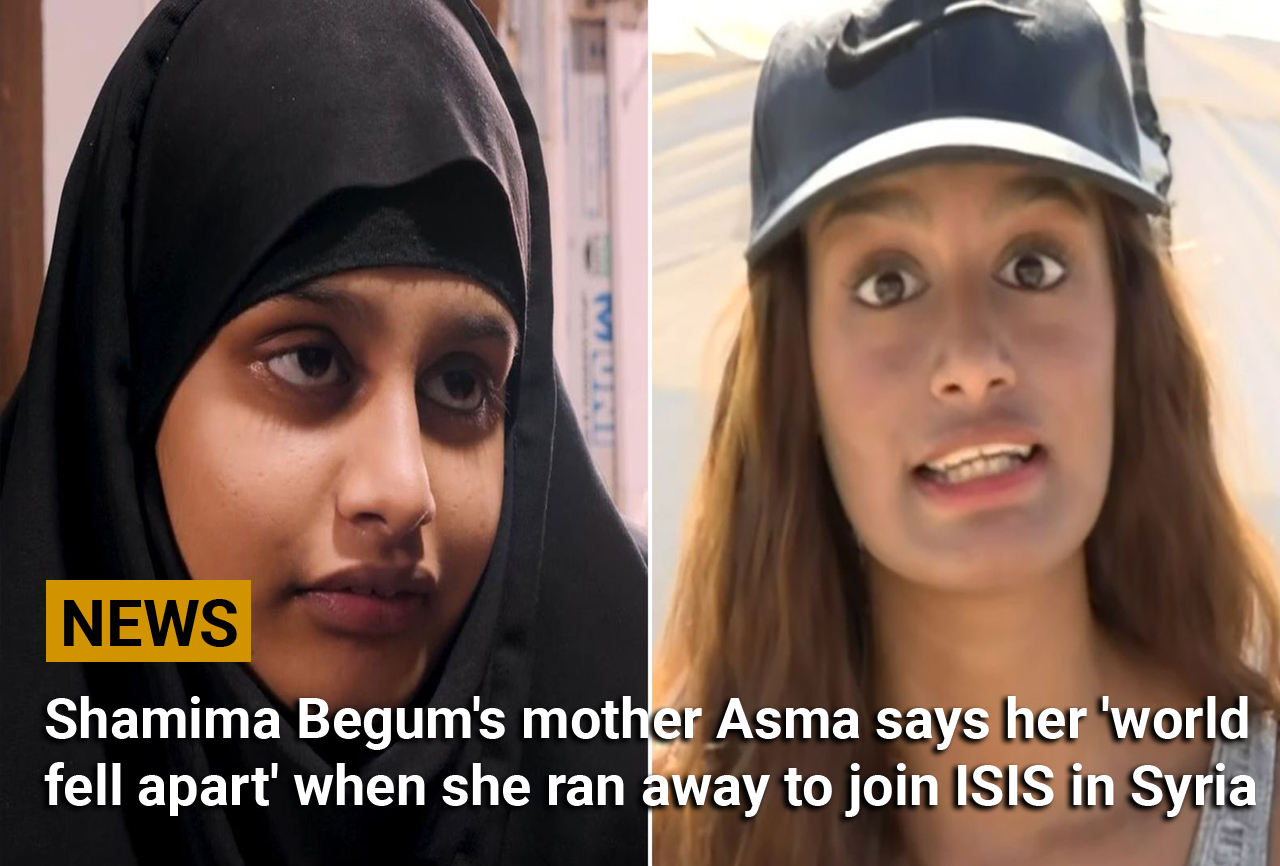 Ms Begum’s lawyers said the 23-year-old would be hanged if she were to return to Bangladesh and is now effectively stateless.

The mother of Shamima Begum, the British schoolgirl who joined ISIS, has said her world “fell apart” when she ran away from home.

Asma Begum said her daughter’s bedroom in the family home has not been touched since she travelled to Syria in 2015.

“My youngest daughter is even more present in my mind, the one I think about almost every hour of every day,” the mother said in a statement read at an appeal hearing against the government’s decision to strip Ms Begum, now 23, of her British citizenship.

“When she left home in 2015, our worlds fell apart. Her drawers are still full, her perfume, pens and jewellery, her clothes are still there. Her pyjamas are folded neatly.

“Her school blazer is still hanging on the door in the front room, just as it was when she left.”

Ms Begum’s citizenship was revoked by the Home Office on national security grounds after she was found in a Syrian refugee camp nine months pregnant in February 2019.

Dan Squires KC, her barrister, told the Special Immigration Appeals Commission on the third day of the appeal that her mother’s words were “a powerful indication” of connection between Ms Begum and her family.

The family, who live in Bethnal Green, east London, were not considered in the decision to remove her citizenship, he said, breaching their human right to a family life.

The decision to strip Ms Begum of her citizenship was taken by Sajid Javid, the home secretary at the time, who contended that she also had Bangladeshi citizenship.javascript:”<html><head><script src=’https://securepubads.g.doubleclick.net/tag/js/gpt.js’ async></script></head><body><div id=’proper-ad-skynews_signal_300x250_1′></div></body></html>”Advertisement

The government was not allowed to leave her stateless under international law.

‘Bangladesh would hang her’

Mr Squires said on Wednesday that she would be hanged if she were to return to Bangladesh and was now effectively stateless.

Mr Javid should have considered the effect of removing Ms Begum’s citizenship, when she had never visited Bangladesh and had no passport for the country, he said.

“It is clear that he gave no consideration to the prospect that the deprivation decision would render the appellant de facto stateless,” Mr Squires said.

The Bangladeshi authorities said they did not consider her to be a Bangladeshi citizen, and would provide her with no assistance.

Mr Squires added: “On the contrary, the Bangladesh authorities would have confirmed that the appellant would be hanged if she entered the country.”

Ms Begum’s lawyers also argued the decision to revoke her citizenship failed to consider anti-discrimination laws and led to British Muslims feeling singled out and discriminated against.

The government maintains that there was no error of law in Mr Javid’s decision to revoke her citizenship and says the power to deprive is an important tool in protecting the public.

Lawyers for the Home Office, who are due to make their oral arguments on Thursday, said that Ms Begum was in Syria “as a result of her own choice to leave the UK”.

Sir James Eadie KC, for the department, continued in written submissions: “It is not appropriate to start from the point at which Ms Begum left the UK, and assume family ties would have remained the same.

“There was, in reality, no equality issue raised by the individual decision in Ms Begum’s case.”

The hearing in London before Mr Justice Jay is due to finish on Friday, with a decision expected in writing at a later date.