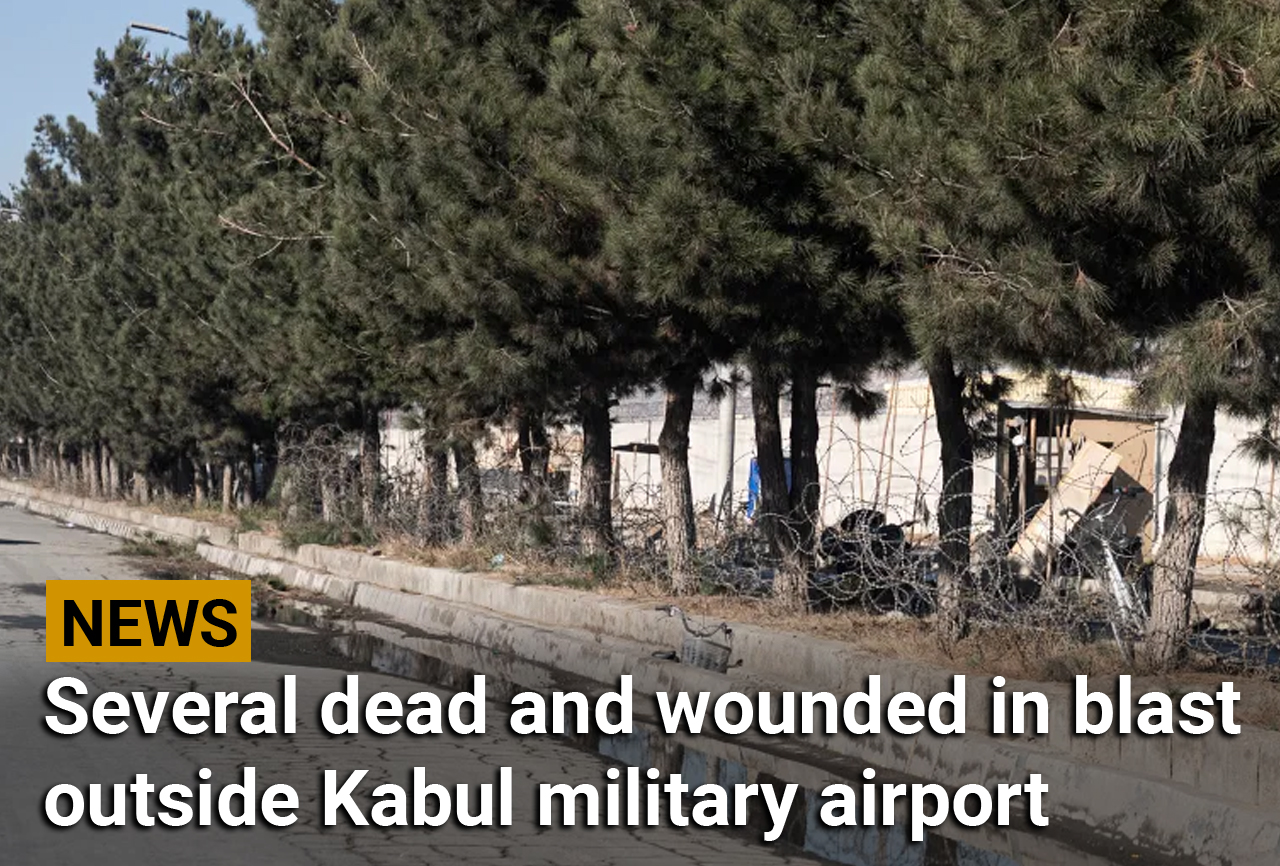 No one has claimed responsibility for the explosion that caused multiple casualties, according to the Taliban.

An explosion outside the military airport in Afghanistan’s capital, Kabul, has caused multiple casualties, according to a Taliban official.

He did not specify the nature or target of the explosion.

Local residents said a loud explosion was heard before 8am (03:30 GMT) in the vicinity of the military side of the heavily fortified airport. They said the area had been sealed off by security forces, and all roads had been closed.

A Kabul resident said late on Sunday his brother, an air force officer, was killed in the explosion.

“He had worked in the previous government too as an air force officer,” Abdul Noor told AFP news agency, referring to the removed, Western-backed government of former President Ashraf Ghani.

“He and some of his colleagues were in a queue waiting to enter the military airfield when the blast occurred,” Noor said, indicating the explosion had caused more casualties.

There was no immediate claim of responsibility for the blast, but the regional affiliate of ISIL (ISIS) – known as the Islamic State in Khorasan Province, ISKP (ISIS-K) – has increased its attacks since the Taliban stormed back to power in August 2021. Targets have included Taliban patrols and members of Afghanistan’s Shia minority.

“ISIS-K is the only enemy claiming the illegality of the Islamic emirate in Afghanistan [Taliban],” Nasratullah Haqbal, a journalist and political commentator, told Al Jazeera.

Haqbal told Al Jazeera that these attacks have left Afghans questioning the Taliban’s claims of bringing security to the country.

“It challenges the only privilege that the Islamic emirate of Afghanistan [Taliban] has – all the time that it raises that we brought security, incomparable security to Afghanistan,” he said.

“The second point is it creates concerns among the public of Afghanistan because we know the situation is not good economically, politically and socially, so such type of explosions and attacks bring these questions that the current government is unable to secure the people.”

Winter set to be worst ever for A&E waits, health leaders warn