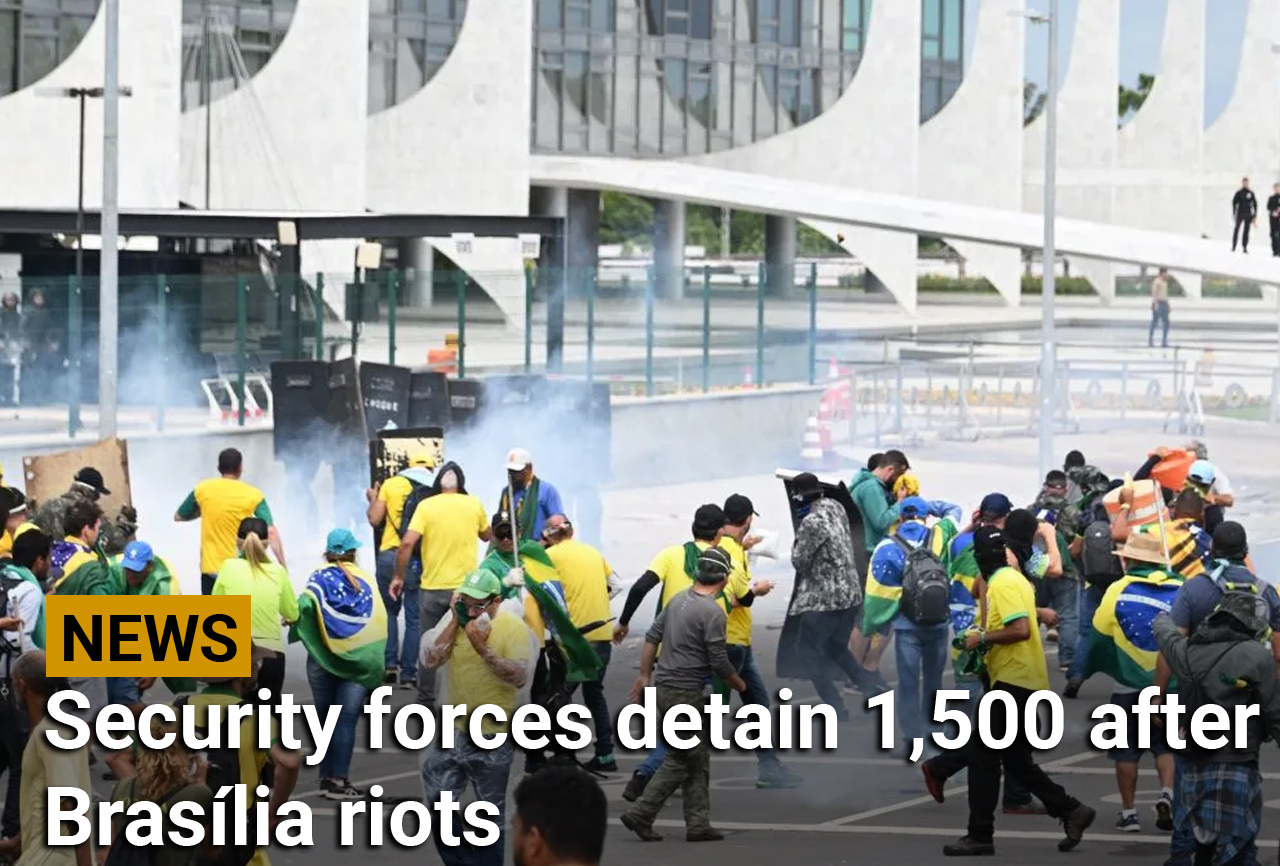 Here’s a round-up of where things stand:

While Jair Bolsonaro may not have been the mastermind behind the invasion, he cannot be separated from it.

Throughout his term, he has repeatedly questioned the efficacy of Brazil’s institutions – accusing the Supreme Federal Court of being politically against him, and the voting system of being prone to fraud, despite no evidence to support those claims.

His supporters took on his narrative wholeheartedly.

Since he lost the elections in October he flew off to Florida to avoid having to hand over the presidential sash to Lula – and he’s allowed his most ardent supporters to remain angry over a democratic election that he legitimately lost.

Tension has definitely been building. Camps were set up across the country in front of army headquarters, with protesters loyal to Bolsonaro calling for military intervention. And then in December, supporters set fire to Federal Police headquarters in Brasilia. Another supporter was arrested for allegedly trying to set off a bomb before Lula’s inauguration on 1 January.

It’s no secret that many security forces are more on the side of Bolsonaro than Lula.

For Bolsonaro’s supporters, Lula – who was jailed in 2017 for corruption, and spent 18 months in prison before the convictions were annulled – is a corrupt politician who belongs in prison, not the presidential palace.

They falsely accuse him of being a communist, wanting to impose a regime like Venezuela or Cuba. They won’t be convinced by anything else – and they won’t give up their fight for “democracy” as they call it.

But there’s a massive flaw in their argument in wanting freedom and democracy.

They are calling for a very undemocratic military intervention to “save” Brazil – an intervention that despite their best efforts, doesn’t look forthcoming.

How police failed to stop the protest

Thousands of people began gathering outside Brazilian government buildings in the days following Bolsonaro’s election loss. President Lula had called on local security forces to remove these protesters, but police opted to not use force.

The march – Protesters traveled on foot for 7km (4 miles) towards the government building complex, without being stopped by police. Officials have not said yet whether they had an official parade permit.

Entering buildings – Police have been criticised for being too hands-off with the protesters as they streamed into buildings. Two videos we’ve verified show policemen taking pictures of the crowds as they walk up the ramps and into the Congress building.

Senators give backing to riots inquiry

She will now need the approval of the president of the Brazilian Senate, but this is very likely to happen according senators I spoke to.

Earlier today she urged colleagues to back her proposal.

“I would like to thank all colleagues who supported the initiative. Democracy is sacred. Many realize it only after they lose it. In our Brazil, it will survive,” she said.

The investigation would look into who is responsible for the attacks in Brasília on Sunday.

I’ve been down to the camp outside the military barracks in São Paulo.

It’s one of many that cropped up after President Lula’s victory in October – and they all have to be dismantled today after Sunday’s events in Brasilia.

Although people are complying, they are doing it begrudgingly – I saw two men move a fridge into the back of the van – they’ve been there so long, there’s a lot of infrastructure to dismantle.

One man, who told me his name was “Warrior” blamed leftist infiltrators for the invasion of Congress.

Another blamed the “communist press” for negative coverage – shouting down the camera of a journalist who was filming.

Calm may have been restored in Brasília, but the anger and political division is still here.

Officials say about 1,500 people have been arrested following the storming of the National Congress in Brasília.

The BBC has been inside the government building to see the damage.

Here are a few pictures, taken by São Paulo-based producer Jessica Cruz, showing some of the destruction.