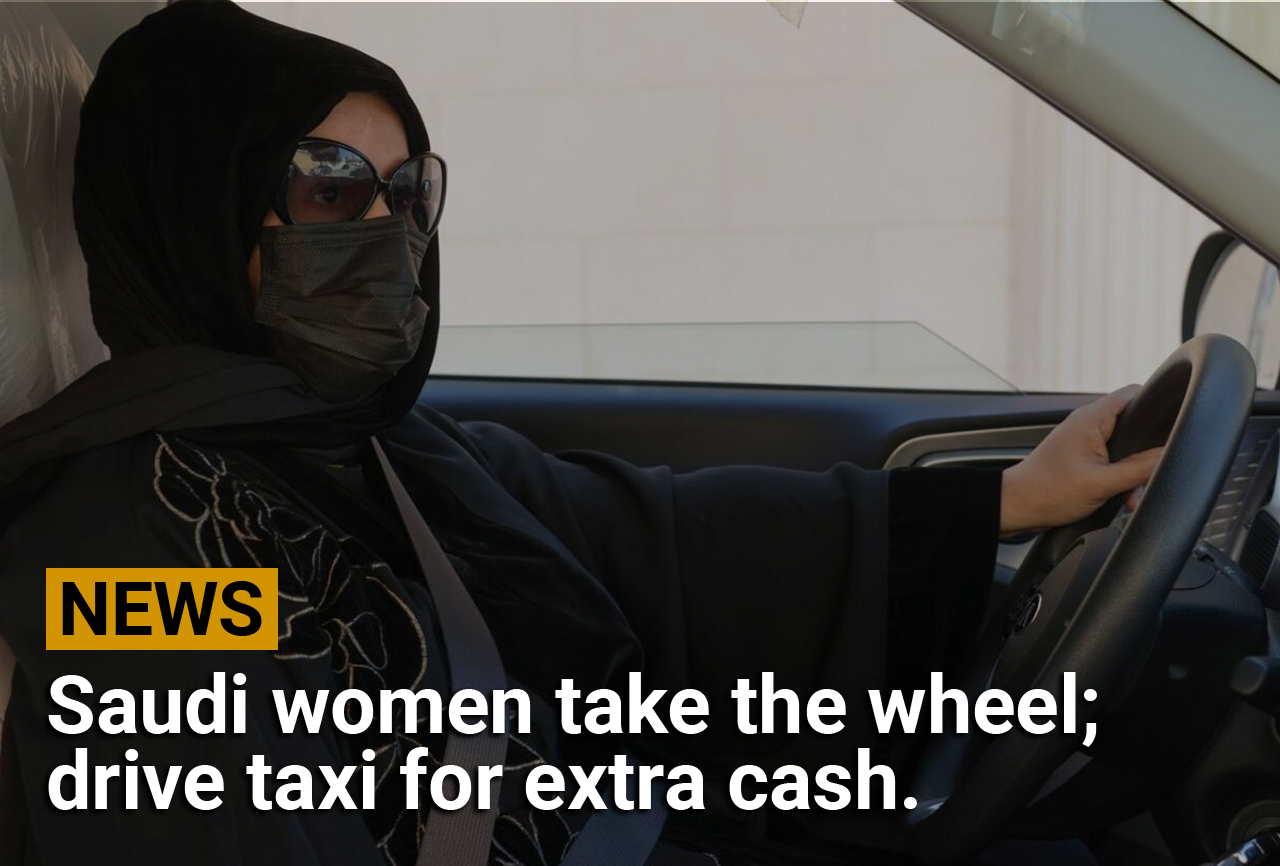 Like other Saudi women, Fahda Fahd couldn’t legally drive until 2018, but her lime-green Kia is now a route to extra cash as living costs rise in the kingdom.

When she’s not working full time at a healthcare call centre, the 54-year-old picks up fares in the capital Riyadh from a ride-hailing app exclusively for women.

Fahd said her family was supportive of her second job, on two conditions: no long trips or men as passengers.

“I decided to work as a taxi driver to earn extra income,” said Fahd, wearing a black head covering and an anti-coronavirus face mask.

“My salary is not enough for my three children, and especially for my daughter who has special needs,” she told AFP.

Saudi taxi driver Fahda Fahd goes into her car in the capital Riyadh.

Sweeping social reforms, including lifting the ban on women driving, have transformed life for many Saudis, but rising costs are increasingly problematic.

She usually hits the road before her shift starts at 2 pm, sometimes accepting passengers on her way home at 10 pm, and says she appreciates the flexible hours.

“It has allowed me to help my retired husband pay monthly bills and for my children’s school needs,” she said, checking her phone for the latest fare.

Costs are creeping up in Saudi Arabia, which is on a drive to reduce its economic reliance on oil and in July 2020 hiked value added tax to 15 per cent.

At the same time, millions of Saudi women are finding jobs as female employment gains acceptance in the society.

Women made up more than a third of the workforce last year for the first time, government figures showed.

They are among the Saudis now commonly seen serving customers in restaurants, cafes and shoe stores, filling jobs formerly done by foreigners as the government pursues its “Saudisation” plan for the economy.

Insaf, a 30-year-old mother of three, said she turned to driving after her husband died suddenly.

“He didn’t leave us a fortune, so I had to work to support my children,” she told AFP, preferring to use a pseudonym for privacy reasons.

“I am using my late husband’s car to drive women and children in the neighbourhood to schools or shopping centres.

“My work as a driver has given me a new chance at life.”

Since 2018, more than 200,000 women have obtained driving licences, with car sales rising five per cent last year, according to media reports.

Since 2018, more than 200,000 women have obtained driving licences, with car sales rising five per cent last year, according to media reports.

Traditionally, Saudi women were forbidden from mixing with men outside their extended family.

Egyptian passenger Aya Diab, 29, said she was “more comfortable dealing with women”, and a Saudi customer who spoke on condition of anonymity expressed a similar sentiment.

“I feel like I’m with my sister,” she said, sitting in the front seat next to Fahd as they drove off.