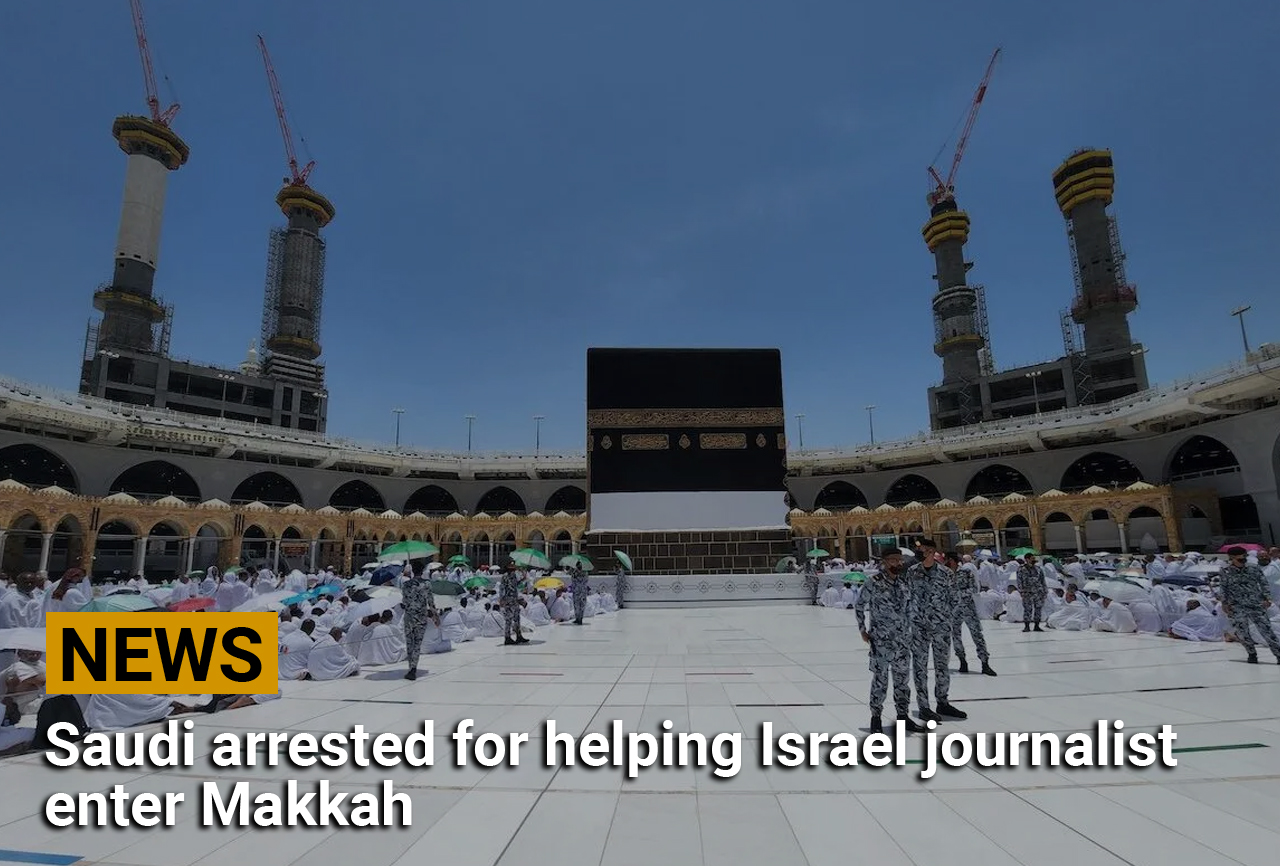 Saudi police announced the arrest of a citizen and his transfer to the Public Prosecution after he is alleged to have facilitated the arrival of an Israeli-American journalist to Makkah, Islam’s holiest site and into which only Muslims are allowed to enter.

The official Saudi Press Agency reported that the Makkah Police “has referred a citizen to the Public Prosecution, who was a complicit in transferring and facilitating the entry of a (non-Muslim) journalist holds the citizenship of the United States of America to the holy city of Makkah by passing through a path dedicated for Muslims only in an explicit violation of the laws that prohibit entry to Makkah for non-Muslims.”

It warned “those coming to the Kingdom must respect the laws and abide by their requirements, especially with regard to the Two Holy Mosques and holy sites, and that any violation of this kind is considered a crime that will not be tolerated and penalties will be applied to its perpetrators based on the relevant regulations.”

Last Sunday, Israeli news channel 13 broadcast a report by Gil Tamari, its foreign affairs correspondent, who said he was the first person to complete a news report in Hebrew in Islam’s holiest site.

At the beginning of his report, which was broadcast by the channel, Tamari admitted that he had infiltrated Makkah without the approval of the Saudi authorities. He said: “This city is closed to non-Muslims, and it is simply not possible to enter it.” He added that the driver who took him there was not aware that he was an Israeli national as he spoke to him only in English.

The report and video of Tamari on a drive through Makkah comes days after US President Joe Biden took the first nonstop flight from Israel to Saudi Arabia. The kingdom announced a day earlier that it was opening its airspace to Israeli carriers and flights from Israel.