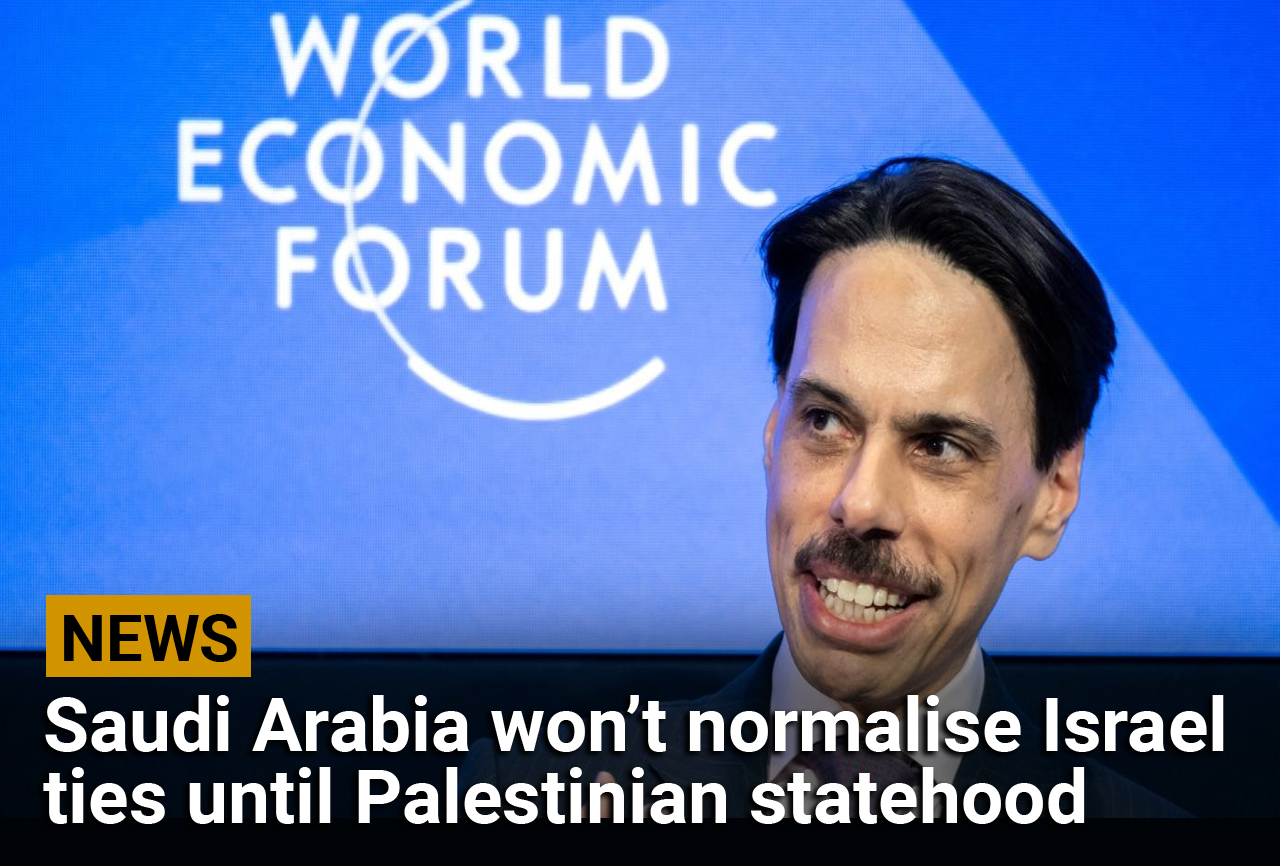 Saudi Arabia will not normalise relations with Israel until Palestinians are granted statehood, the kingdom’s foreign minister affirmed on Thursday.

A short video of the comments, in which the minister speaks English, was shared on the Saudi foreign ministry’s official Twitter account.

Israel and Saudi Arabia do not have official diplomatic relations, but Crown Prince Mohammed bin Salman met secretly with Prime Minister Benjamin Netanyahu in the kingdom in 2020, according to several Israeli media reports at the time.

The two spoke about “the next steps to deepen the Abraham Accords and expand the circle of peace, with an emphasis on a breakthrough with Saudi Arabia”, according to the Israeli prime minister’s office.

Netanyahu, who returned to office last month with the formation of a new, ultra-right-wing government, was at the helm in 2020 when Israel established ties with the United Arab Emirates, Bahrain, Morocco and Sudan as part of the so-called Abraham Accords.

In December, he took to Saudi Arabian state television to claim that normalisation was key to peace between Israel and Palestine.

“I think we can have a new peace initiative that will form a quantum leap for the achievement for the resolution of both the Arab-Israeli conflict and, ultimately, the Palestinian-Israeli conflict,” Netanyahu told Al Arabiya at the time.

“And of course, I’m referring to what could be a truly remarkable historic peace with Saudi Arabia.”

Palestinians have denounced normalisation deals between Israel and Arab countries, which they say violate a longstanding Arab League position that relations with Israel should only be normalised in exchange for a Palestinian state.