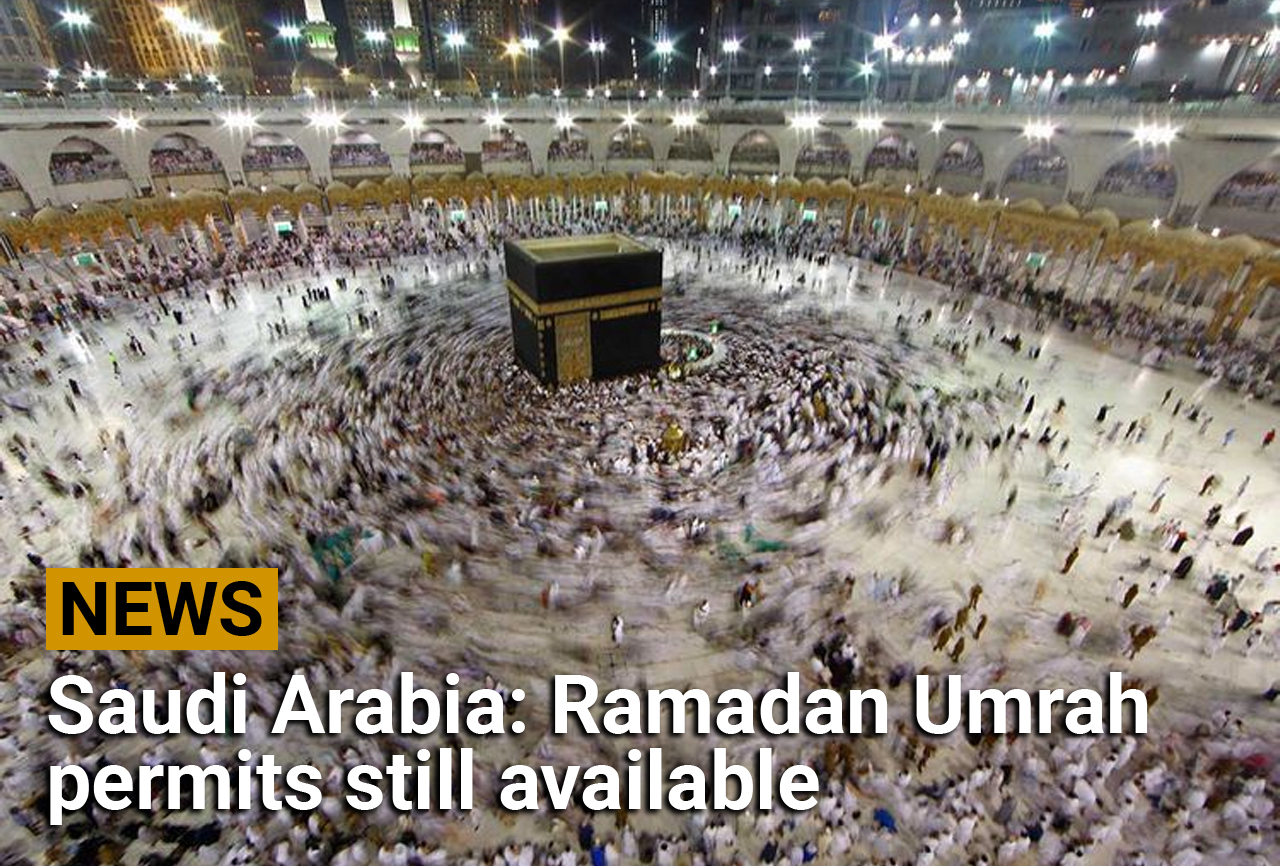 Reservations for obtaining a permit to perform Umrah or lesser pilgrimage at the Grand Mosque in Saudi Arabia during Ramadan are still available, a Saudi official.

Ramadan, due this year to start early next month, is the peak season for Umrah.

“There is no truth to circulated reports that reservations for the Ramadan Umrah are complete,” spokesman for the Ministry of Hajj and Umrah Hesham Saeed said.

“Yes, there is a high demand in Ramadan [Umrah] reservations. This makes us happy because we meet Muslims’ aspirations inside and outside the kingdom. But it is not correct that reservations have been completed. There are large expansions to the Grand Mosque. So, there are still places and times [for Umrah undertaking],” he added.

Saudi authorities have recently eased measures for performing Umrah as the kingdom has largely relaxed restrictions against COVID-19.

The Ministry of Hajj and Umrah has lifted several precautionary measures including cancellations of permits for praying at the Grand Mosque in Mecca and visiting the Prophet’s Mohammed Mosque in Medina.

The Ministry last week said the immunisation check to enter both holy sites has been scrapped for all worshippers.

The ministry has also cancelled the once-obligatory registration of immunisation data for overseas Muslims to get an Umrah permit.

A mandatory presentation of a negative PCR test result to get access to both sacred places has been lifted too.

Unvaccinated or partially vaccinated Muslims can now undertake Umrah or lesser pilgrimage at the Grand Mosque under certain conditions, Okaz newspaper has reported.

Such Muslims are also allowed to pray at the Grand Mosque and the Prophet’s Mosque, provided they are not infected with COVID-19 or have not come in touch with other persons who tested positive for the disease, the paper added.

This included scrapping physical distancing among worshippers at the Grand Mosque and the Prophet’s Mosque. Still, worshippers are required to wear face masks.

Saudi authorities also cancelled mandatory PCR tests as well as institutional and home quarantine for arrivals in the kingdom.

Saudi Arabia opens to tourists with US, UK and Schengen visas