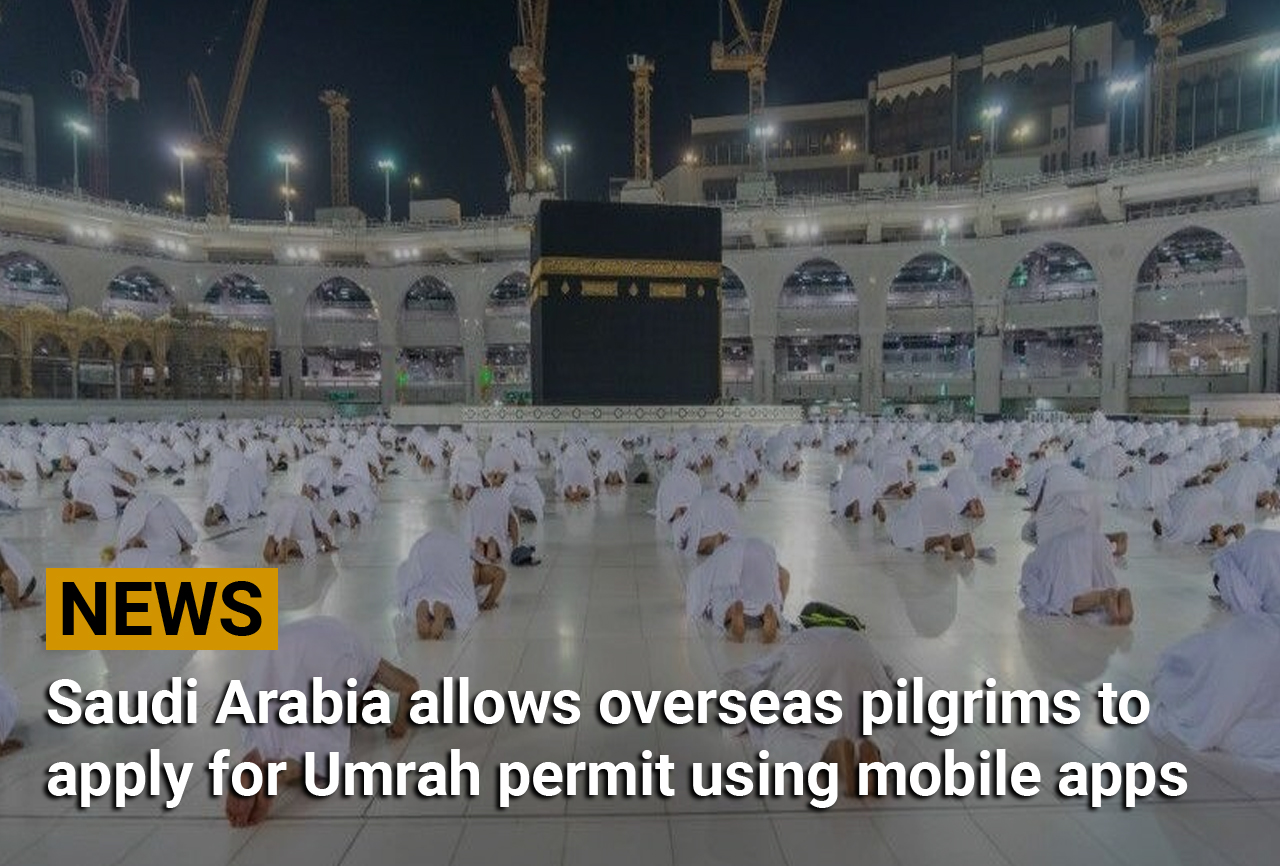 Saudi Arabia has launched a new service that will allow foreign pilgrims to apply for Umrah permits and access to the Grand Mosque in Makkah as well as the Prophet’s Mosque in Madina through mobile applications, local media reported on Sunday.

Last month, the Kingdom eased coronavirus precautionary measures and allowed pilgrims and visitors to the Grand Mosque at full capacity.

While social distancing measures were lifted, pilgrims were still required to wear face masks and make reservations to perform Umrah and prayers through the Tawakkalna and Eatmarna applications, in order to verify their immunity status at the entrances of the two holy mosques, according to The National.

The service is now being extended to overseas pilgrims, who can use the apps to book their Umrah trips and visit both mosques.

The service has been launched by the Ministry of Haj and Umrah in cooperation with the Saudi Data and Artificial Intelligence Authority, Arab News reported.

According to the ministry, pilgrims applying for the permits must first register on the Quddum platform. Travellers have been advised to download both Eatmarna and Tawakkalna apps on their mobile phones before arriving in Saudi Arabia.

On October 16, the Saudi interior ministry announced the easing of restrictions across the country, including those related to the Grand Mosque in Makkah and the Prophet’s Mosque in Madina.

The next day, the Grand Mosque operated at full capacity, with worshippers praying shoulder-to-shoulder for the first time since the pandemic began.

The Umrah can be undertaken at any time and usually draws millions from around the globe, as does the annual Haj, which able-bodied Muslims who have the means must perform at least once in their lifetime.

In July, only around 60,000 inoculated residents were allowed to take part in a vastly scaled-down form of the Haj.

The Covid-19 pandemic hugely disrupted both Muslim pilgrimages, which are usually key revenue earners for the kingdom that rake in a combined $12 billion annually.