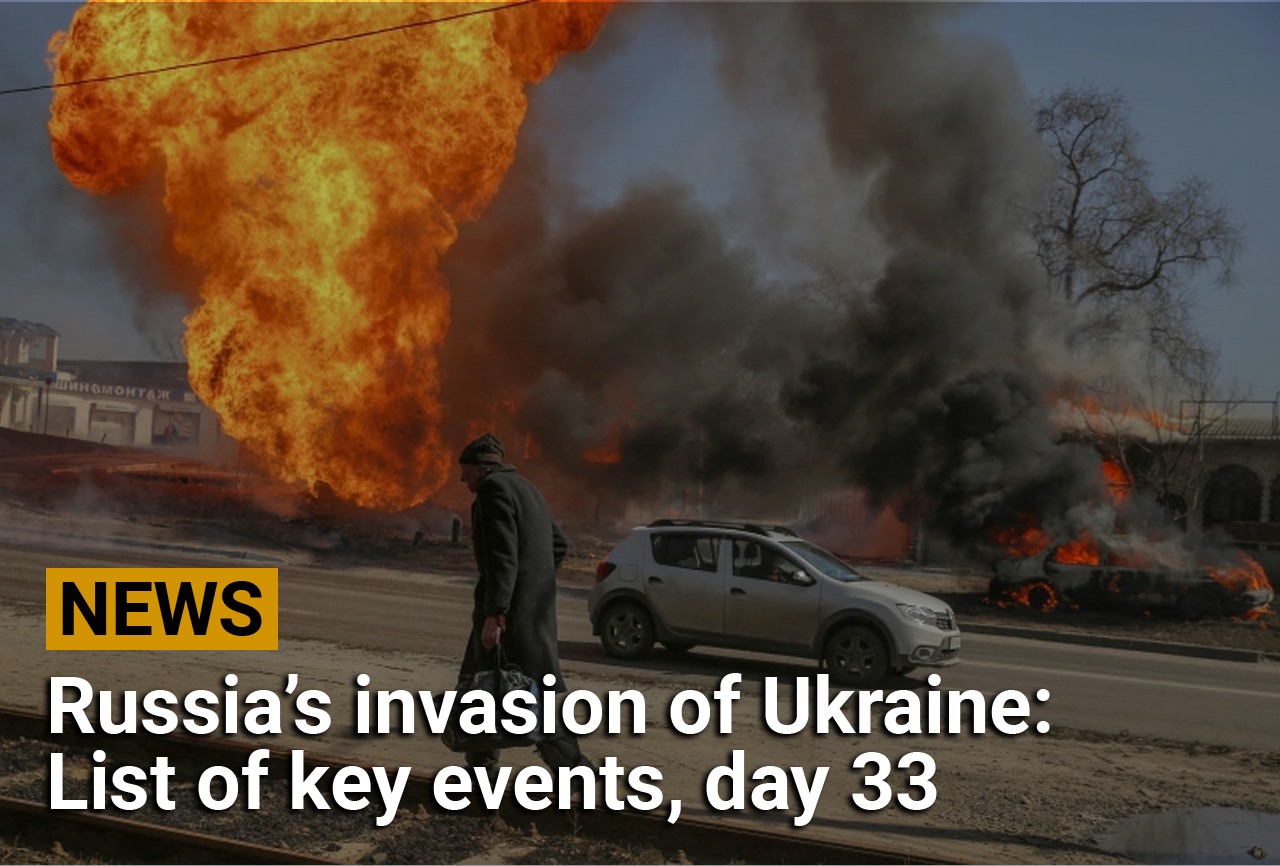 As the Russia-Ukraine war enters its 33rd day, we take a look at the main developments.

These are the key events so far on Monday, March 28. Get the latest updates here.