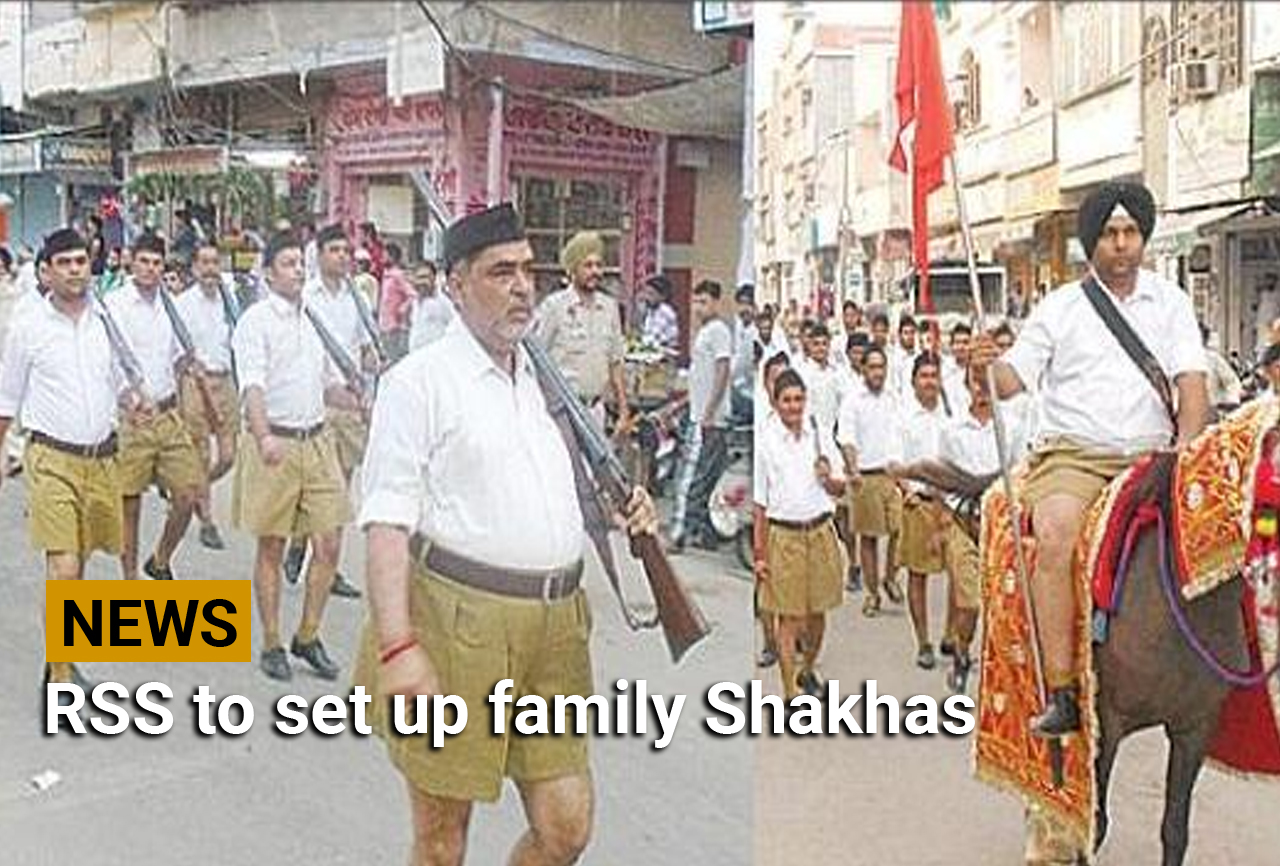 The Rashtriya Swayamsevak Sangh (RSS) is considering setting up a Shakhaka for families. The family Shakhaka concept is aimed at appealing to Hindus living overseas.

According to a top RSS official, discussions regarding the family branch are ongoing and receiving positive feedback. However, the implementation might take up to 2 years.

The Sangh will complete 100 years in 2025 and it is constantly working on its expansion. It has been said that considering the cultural and geographical conditions of foreign countries, the idea of the family branch has been introduced.

“The population is scattered and there are very few days when a family is together. They do not want to spend time separately while one member goes to shakhas. So the Sangh decided to have a shakha for each member of the family. There are different programmes for men and women on the same premises. There is also a section for kids. Thus, all family members can come at one place and have activities in their own groups,” an RSS source was quoted, as saying by News18.

“Family shakhas have different zones and activities for everyone. Men and women have activities in different areas, while kids have a separate play area. Thus, the whole family can spend the day at one place,” said the source.

`Rashtriya Sevika Samiti’— a parallel wing of the Rashtriya Swayamsevak Sangh (RSS), run by and for women— is also working on increasing the number of women in its branches in the metro cities.

The current chief of the ‘Sevika Samiti,’ Venkatramaiah Shantha Kumari, told The Hindu that the organization had taken on the challenge of establishing its presence among female professionals such as doctors, teachers, engineers, chartered accountants, and those working in multinational corporations. The ‘Samiti’ has over 2,700 ‘Shakhas’ spread across the country and over 6,000 ‘Pracharikas, “Sevikas,’ and ‘Vistarikas’. Kumari said that the organization, makes Hindu women “understand that it is important to value our culture and remain connected with the roots.”

According to the data available, The Sangh has 57,185 branches in 36,729 various places around the country as of 2017. In addition, there are 7594 weekly and 7594 monthly meetings at 14,896 locations. The Sangh’s members formally claim the cadre to be more than one crore.