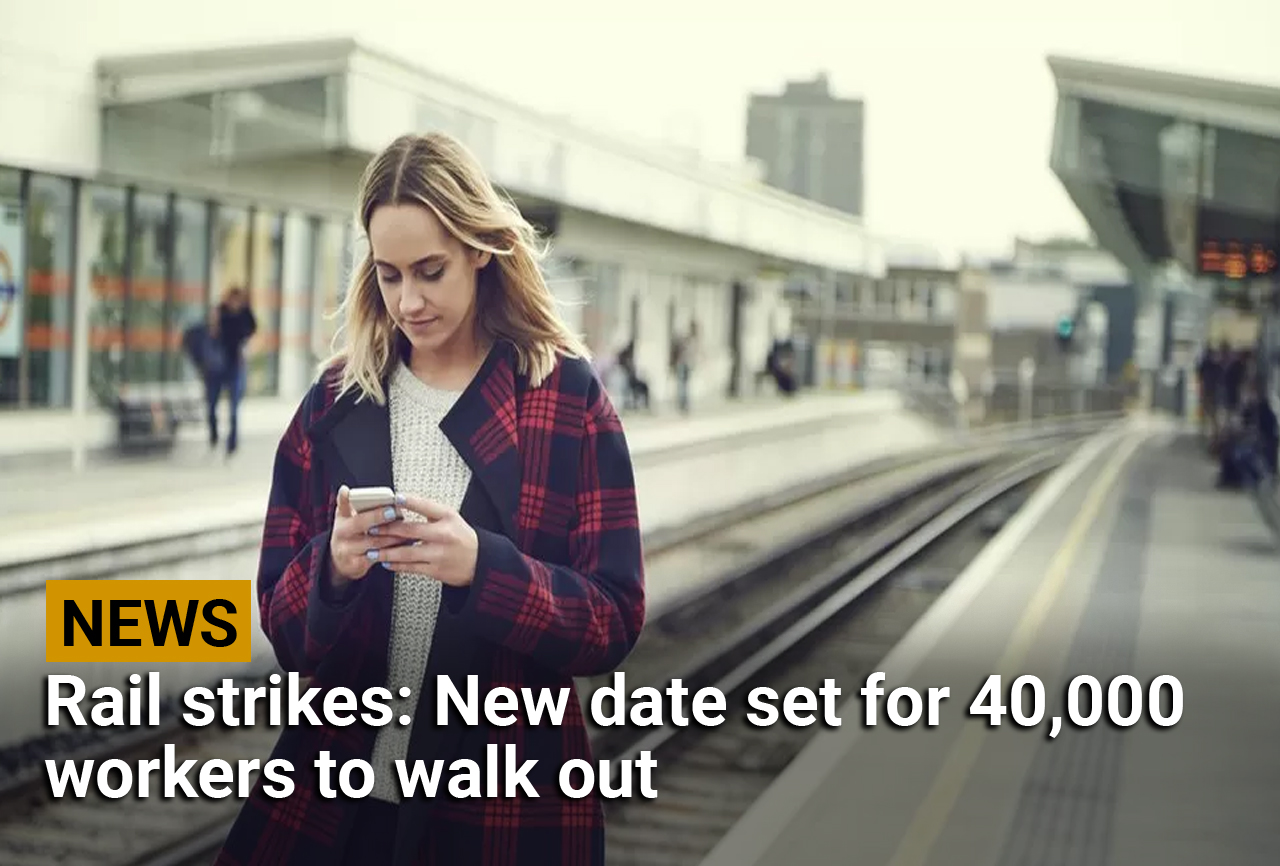 More than 40,000 workers from Network Rail and 15 train operators will strike again on 8 October, their union says.

The RMT said it would be “effectively shutting down the railway network” as part of a long-running dispute over pay, jobs and conditions.

It will come just a week after an even bigger strike by members of RMT and the train drivers union Aslef.

It added that full timetables for upcoming strike days would be published soon.

The latest action comes after a series of large-scale walkouts as unions call for pay increases in line with the rising cost of living.

In June, the biggest rail strikes for 30 years threatened to grind the country to a halt. But while some people faced substantial disruption it was business as usual for others.

The Rail Delivery Group, representing train companies, said the strike would affect staff’s income, which has already been hit by industrial action over the summer, as well as alienate customers.

The Department for Transport called the decision for further strike action “disappointing” and urged union bosses to call them off.

On Wednesday, Prime Minister Liz Truss told striking rail staff to “get back to work”.

Speaking in New York, she insisted she wanted to take a “constructive approach” with the unions but told workers to end their industrial action to prevent disruption.

The wave of industrial action on the railway extends into its fifth month.

Saturday 1 October looks set to have the biggest impact on a national scale.

But Wednesday 5th involving train drivers in the Aslef union, and 8th involving rail workers including signallers who are in RMT, will still mean a fraction of usual services run.

Large swathes of the country will be left with no trains running at all.

The new transport secretary has begun meeting with rail union leaders – who have welcomed the opportunity. But there’s no sign of a substantial shift in the government’s position.

The official negotiations between unions and their rail industry employers have yet to produce a breakthrough. Nor does one seem imminent.

And the strike dates keep coming.

“However, as no new offer has been tabled, our members have no choice but to continue this strike action,” he said.

“We will continue to negotiate in good faith, but the employers and government need to understand our industrial campaign will continue for as long as it takes.”

The RMT, which represents rail workers including guards and signalling staff, had already announced its 40,000 members would strike on 1 October. This is the day before the London Marathon and the Conservative Party conference in Birmingham.

Train drivers at 12 operators who are members of Aslef will also walk out on 1 October, meaning that only 10% of UK services are likely to run that day.

Aslef members will also hold a second day of strike action on 5 October.