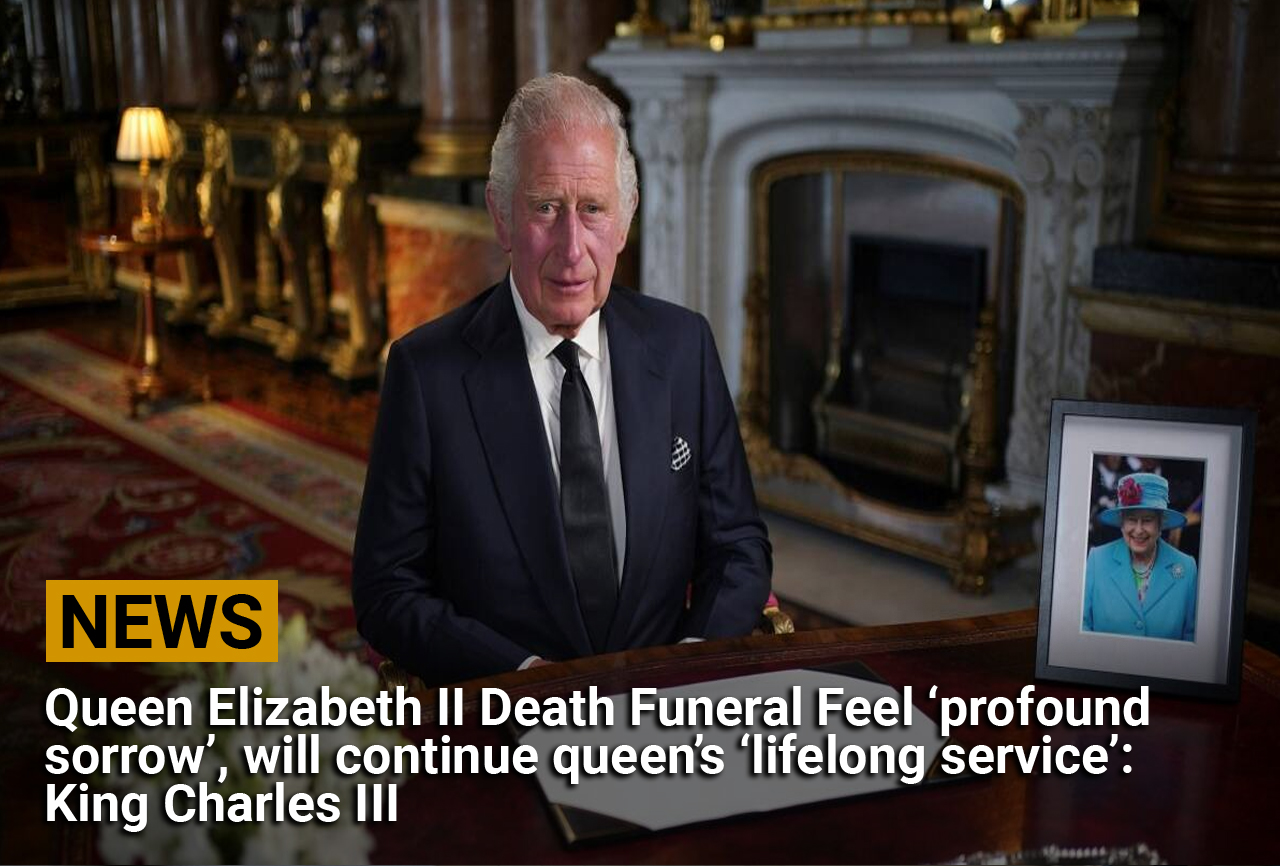 Queen Elizabeth’s Death Live Updates: The palace announced that Charles would be officially proclaimed Britain’s new monarch at a Saturday meeting of the Accession Council at St James’s Palace.

Queen Elizabeth II Death Live Updates:  Making his first address to Britain and the Commonwealth as monarch, King Charles III Friday said he feels “profound sorrow” at the death of his mother Queen Elizabeth II, and has vowed to carry on her “lifelong service” to the nation.Charles became king on Thursday after the queen’s death.“That promise of lifelong service I renew to all today,” he said. His speech was broadcast on television and streamed at St. Paul’s Cathedral, where some 2,000 people were attending a service of remembrance for the queen. Mourners at the service included Prime Minister Liz Truss and members of her government.

Earlier, UK Prime Minister Liz Truss had met him at the Palace. Charles, who was greeted by a cheering crowd, was at the Queen’s bedside as she breathed her last at the Balmoral Castle in Scotland. The palace announced that Charles would be officially proclaimed Britain’s new monarch at a Saturday meeting of the Accession Council at St James’s Palace.

Meanwhile, India has declared one-day state mourning on September 11 as a mark of respect on Queen Elizabeth’s demise. Condolences poured in from around the world following the demise of the 96-year-old monarch. Prime Minister Narendra Modi remembered her as a “stalwart of our times”, saying she “provided inspiring leadership to her nation and people” and “personified dignity and decency in public life”.