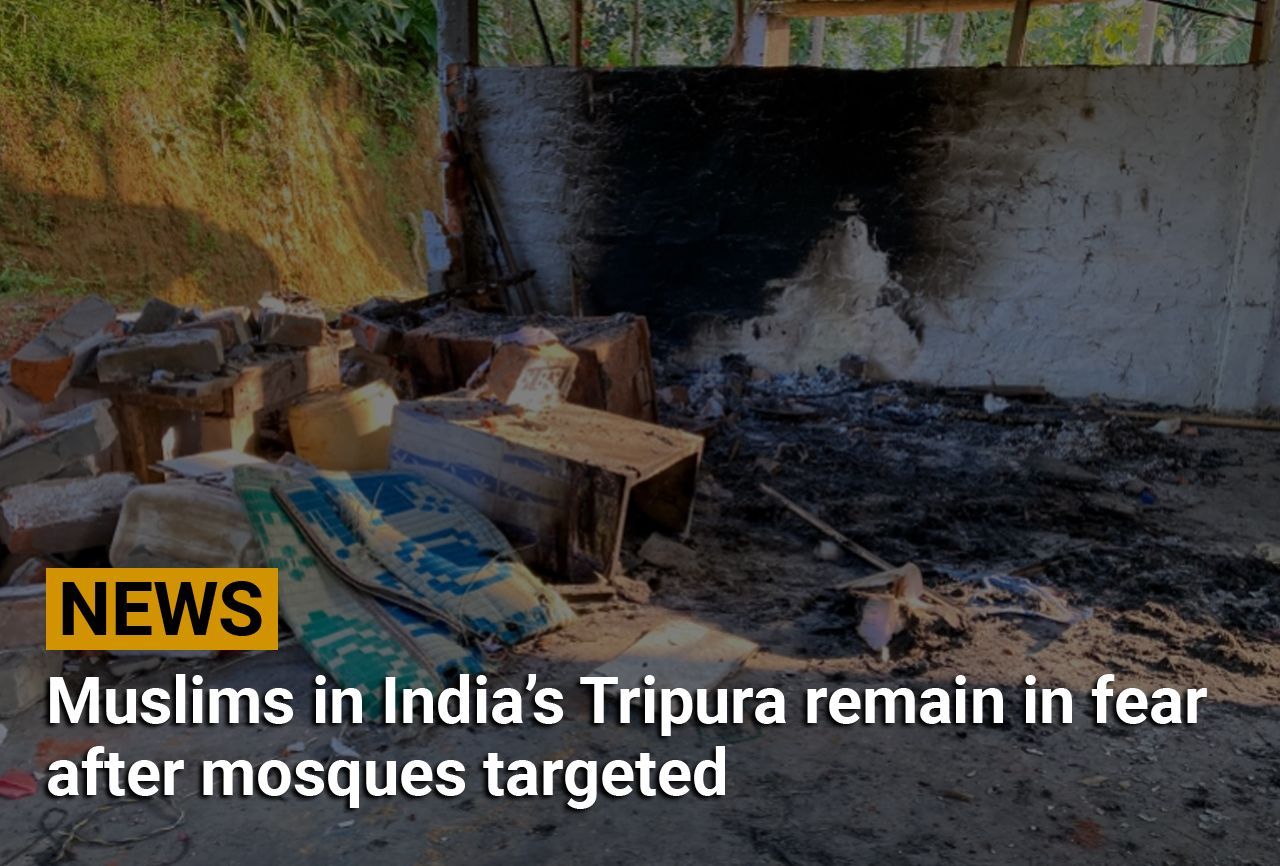 Opposition to namaz at open spaces in Haryana’s Gurgaon reared its ugly head again today, after members reportedly affiliated with Hindu groups occupied a site in Sector 12A to stop Muslims from praying.

Visuals from the site showed people sitting around – they assembled in the morning and claimed to be making a volleyball court. In effect, though, they are preventing prayers from taking place.

“We are sitting here quietly… but will not allow prayers. We will plan for a game here,” one of those occupying the ground, Parmila Chahar said, while another, Veer Yadav, said: “We will set up a net… will build a volleyball court here (and) children will play. Will not allow namaz, no matter what.”

Nearby, rows of cow dung cakes spread across the ground last week – after right-wing groups held a “puja” that included spreading the dung over the namaz prayer spot – remain untouched.

Muslim organisations, who have faced protests and displays of intimidation at this and other sites for the past several weeks, have said they will not offer prayers at this site today.

“We have told everyone that until we have an agreement with our Hindu brothers, we will not be offering prayers here… DC saheb has also given us a week,” they said.

Today’s protests are the latest in what has become a weekly stand-off over between the two sides, with residents of some Gurgaon neighbourhoods – boosted reportedly by members of right-wing groups – have hit out at the Muslims praying at what they say are public spaces.

The site in Sector 12A is one of 29 (it used to be 37) “designated” for the offer of namaz after an agreement between Hindus and Muslims following similar clashes in 2018.

Some of these spaces are, in fact, public property, such as one in Sector 47. Others, however, are private property, on which no possible objection can be raised to the offer of namaz.

Last week (before Friday prayers on November 5) Gurgaon authorities withdrew permission to offer namaz at eight of these “designated” sites. The administration said this was after “objections” and warned that if similar “objections” were raised at other sites, “permission will not be given there”.

“Consent from the administration is necessary for namaz in any public and open place,” it said, adding, “If local people have objections at other places also, permission will not be given…”

The administration had said a committee – to be constituted by Deputy Commissioner Yash Garg – will hold discussions on identifying alternative sites, but it is unclear if the committee has met since or if there has been progress in selecting such spaces.

The week before November 5 police detained 30 protesters from Sector 12A; in videos of the stand-off, they could be seen with placards that read “Gurgaon administration, wake up from your sleep”.

Last month they were vociferous protests in several other sectors too, including 12A and 47, at which dozens of people had gathered chanting ‘Jai Shri Ram’ and holding placards reading ‘stop namaz in open spaces’; police had been forced to deploy in large numbers.

Protesters claim “Rohingya refugees” use the prayers as an excuse to commit crimes in the area.

Haryana Chief Minister ML Khattar has said everyone has a right to pray, but he also issued a caveat, saying “those offering prayers should not block road traffic”.

Union Minister Krishan Pal Gurjar – the junior Social Justice minister, and whose constituency is in Haryana, said people must be allowed to pray if the sites had been designated for such purposes.

Muslims in India’s Tripura remain in fear after mosques targeted