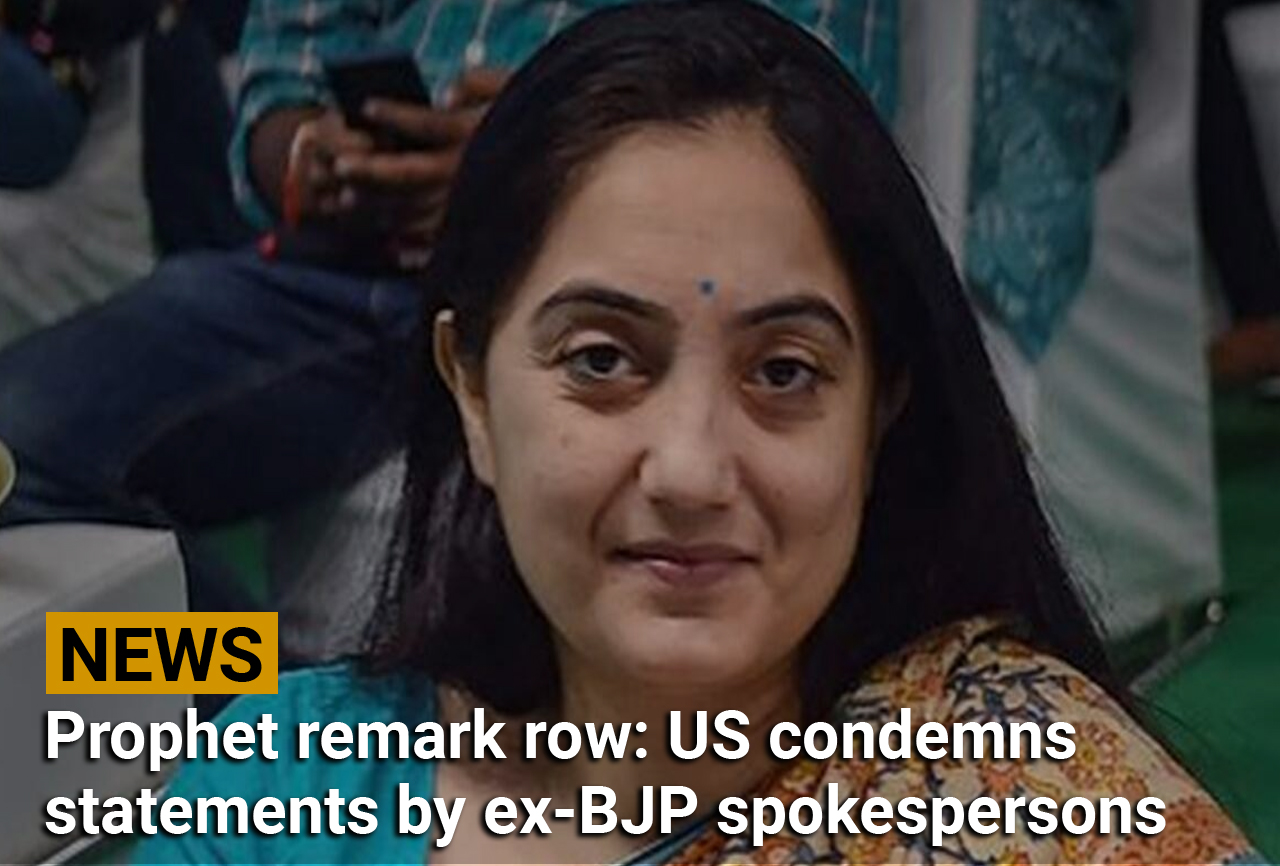 Several countries like Kuwait, Qatar, Indonesia, Saudi Arabia, the Maldives, and UAE were among the many countries in the Islamic world that expressed their displeasure with the remarks.

The United States Friday said it condemns the controversial remarks made on Prophet Mohammed and that it was “glad” to see the ruling party publicly condemning those making the statements.

“We condemn the offensive comments made by now-suspended BJP officials and we were glad to see that the party publicly condemns those comments,” State Department spokesperson Ned Price told reporters, as per a report in news agency Agence France-Presse.

“We regularly engage with the Indian government at senior levels on human rights concerns including freedom of religion or belief and we encourage India to promote respect for human rights,” Price added, reported AFP.

Former Bharatiya Janata Party spokespersons Nupur Sharma and Naveen Kumar Jindal kicked off controversy in early June after the former made some derogatory remarks on Prophet Muhammad and the Muslim community in a television debate and the latter made some inflammatory remarks in a tweet.

The BJP suspended both members from the party. “The BJP strongly denounces insults of any religious personalities of any religion. The Bharatiya Janata Party is also against any ideology which insults or demeans any sect or religion. The BJP does not promote such people or philosophy,” BJP General Secretary Arun Singh had said in a statement.

“During the thousands of years of the history of India every religion has blossomed and flourished. The Bharatiya Janata Party respects all religions,” it added.

Several countries like Kuwait, Qatar, Indonesia, Saudi Arabia, the Maldives, UAE, Jordan, Bahrain, Oman and Afghanistan were among the many countries in the Islamic world that expressed their displeasure with the remarks.