Home NEWS President Raeisi: Iran will show mercy to those deceived, but not insurgents 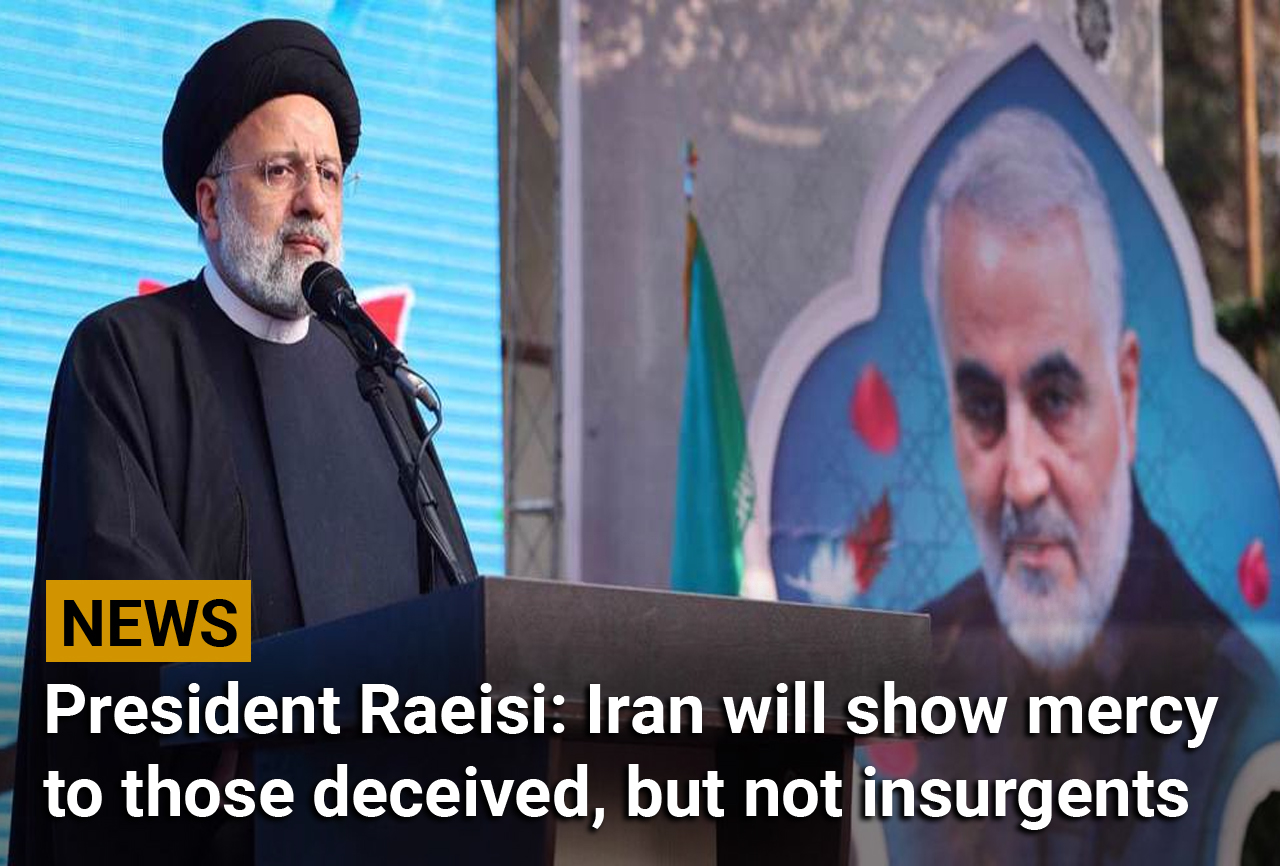 ranian President Ebrahim Raeisi says the enemy has made every effort to hinder the country’s progress, but its plots failed disgracefully due to the steadfastness of the nation.

Raeisi said the enemy faced a nation that is firmly determined to continue the path towards development, stressing that the Iranian people have learned to resist the enemy.

“All their efforts against the Islamic Republic have failed disgracefully.”

The Iranian chief executive added that that the country’s great achievements in many areas have irked the enemies.

Raeisi made the remarks during the funeral processions held in the Iranian capital and many other cities on Tuesday for around 400 unidentified martyrs of Iraq’s war against Iran in the 1980s.

The president criticized the enemies’ contradictory statements to Tehran and said they “send us messages through different channels, voice their readiness to hold negotiations, and [claim] that they have no intention to overthrow [the Iranian government].”

The president said the recent developments in Iran were a multi-faceted war of different parties, noting that all arrogant movements forcefully participated in the riots and those who were not present spread rumors.

“The recent riots were a war between different parties as foreign-backed royalist elements, hypocrites and arrogant currents played a role in this war.”

“The rumor-mongers wanted to dash the hope of the [Iranian] people and mislead the Muslim society,” Raeisi said, adding that Leader of the Islamic Revolution Ayatollah Seyyed Ali Khamenei issued a timely warning in this regard.

Raeisi said the Iranian nation’s arms remain open to those who were deceived by the enemy during the recent nationwide riots, but no mercy will be granted to those who maliciously fought against the country.

“The nation’s arms are open to all those who were deceived, but we will not show mercy to the spiteful insurgents,” he said.

The president added that the arrogant groups deceive people with empty slogans and claims about improvement of freedom, but they only bring misery and humiliation to nations.

Violent riots broke out after the death of 22-year-old woman Mahsa Amini in Tehran. Amini died on September 16 in the hospital three days after she collapsed at a police station. An investigation attributed her death to her medical condition, dismissing allegations that she had been beaten by police forces.

In the past two months, and using the protests as a cover, rioters and thugs — many of whom were later found to have links with foreign parties — have gone on the rampage, engaging in savage attacks on security officers, vandalism, and false-flag killings of civilians to incriminate the Iranian police.

In a statement on Sunday, the Islamic Revolution Guards Corps (IRGC) said it has arrested seven ringleaders of a UK-linked criminal network who played a key role in the recent wave of riots across the country.

The IRGC Tharallah Base in Kerman Province added that its forces disbanded the organized network, called Zagros, which was directly led by Britain and was comprised of active anti-Islamic Revolution elements inside and outside Iran.