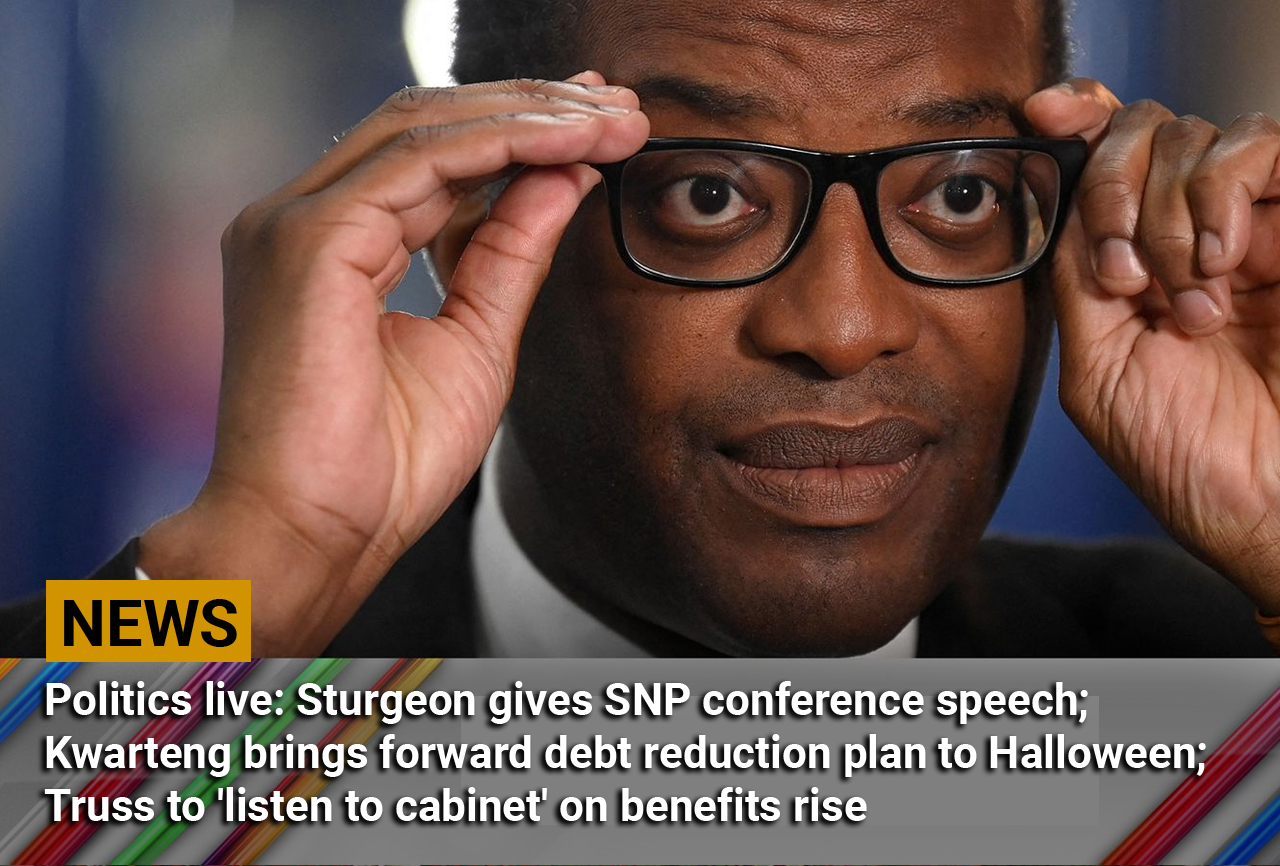 Politics Hub brings you the latest political news, insight and analysis from the Sky News team in Westminster.

A string of peers have joined calls for Liz Truss to stick to Boris Johnson’s promise of uprating benefits in line with inflation.

The government has been considering whether to link an increase to earnings rather than the currently much higher measure of prices, with a decision expected to be made in November.

During a committee meeting in the House of Lords, Labour peer Baroness Sherlock cautioned against benefits claimants “paying the price for the fallout from the government’s disastrous budget” as she asked for clarity over plans for increasing social security payments.

She said: “Over the last few weeks we have found that the food in our food banks and social supermarkets, we’ve actually now been running out in 20 minutes.”

And fellow crossbench peer Lord Kerr of Kinlochard argued the government “seem to be more concerned to grow the cake than to slice it fairly”.

But Conservative peer Lord Forsyth of Drumlean accused Labour of the “ultimate hypocrisy”.

He said Labour have criticised the government for announcing a freeze on energy bills without publishing its full financial forecast, “but on the other hand they argue that we commit ourselves to benefits without doing so”.

Downing Street has said that no decision has been taken on the benefit uprate yet.

A Downing Street source said that the prime minister can see both sides of the debate and remains “genuinely undecided” on the matter.

The source added that Ms Truss will be “listening to cabinet and colleagues” before a stance is taken.

The Scottish Conservatives said it shows her government’s “obsession with independence comes before everything else”.

Douglas Ross, the leader of the Scottish Conservatives, tweeted: “The SNP will never put the real priorities of the Scottish people first. Nicola Sturgeon’s eye is off the ball again.”

And Annie Wells, the Scottish Conservative MSP for Glasgow, said: “What was most interesting about Nicola Sturgeon’s speech isn’t what she said, but what she didn’t… The SNP is completely devoid of ideas.”

Nicola Sturgeon ends her speech by making an economic case for independent Scotland.

She says she knows the biggest concern for most people on independence is the economy and people “rightly” want to know that leaving the UK will make Scotland’s finances stronger, not weaker.

However, she says so much of the uncertainty and crisis Scotland faces “is not because of independence. It is the opposite”.

She adds: “Independence is not a miracle economic cure. But let this message ring out today.

The first minister goes on to announce that an investment of £20bn will be delivered in the first decade of Scottish independence.

She said the government will propose to invest remaining oil revenues and use its borrowing powers to set up the investment fund.

“A fund like this could support a massive programme to decarbonise housing, cut fuel bills and reduce fuel poverty,” she said.

“It could finance the building of thousands more affordable homes, invest in local renewable energy projects, helping communities own assets and wield more influence over their use.

“It will help the transition to net zero, build resilient communities, and kick-start the sustainable economic growth so important for our newly independent nation.”

Ms Sturgeon says a fairer, stronger economy will be the “prize of independent Scotland”.

She ends her speech by saying: “We can now finish the job. And we will.”

Ms Sturgeon has announced that the final instalment of the Scottish government’s quarterly “bridging payments” will double, from £130 to £260.

These payments are for children and young people in receipt of free school meals, but who don’t qualify for the child payment.

Ms Sturgeon said: “That will help put food on the Christmas table for families of 145,000 children and young people.

“I don’t pretend it will make all of their worries go away – no government with our limited powers can ever do that.

“But I hope this investment of almost £20m will bring a bit of Christmas cheer to those who need it most.”

Ms Sturgeon compared her policies to the actions of the UK government.

She said the SNP have used the powers of the Scottish Parliament “to deliver the unique child payment” and introduce a rent freeze.

She added: “But as we have acted to help those in need, what about the UK Government?

“It is difficult to overstate the calamity of their actions.”