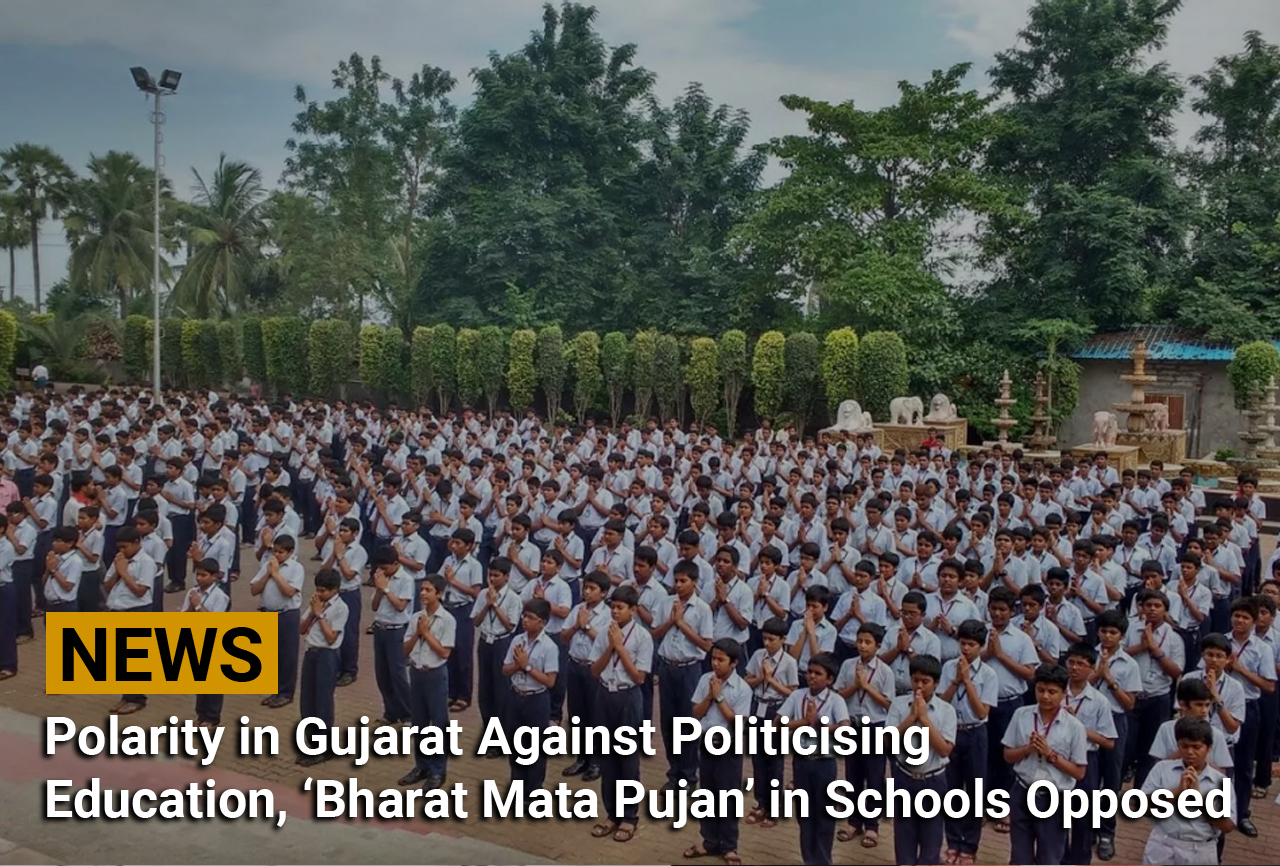 AHMEDABAD — Gujarat’s Education Department’s notification instructing schools to organise ‘Bharat Mata Pujan’ and lectures from August 1 is opposed by the Gujarat Rajya Prathmik Shikshak Sangh (GRPSS) and Jamiat Ulama Gujarat as both are against politicising education. Jamiat has demanded that it should not be mandatory.

Joint Director of Education Department, in a notification dated July 25, 2022, has directed all district Education Officers to ensure that Bharat Mata Pujan is organised in schools after prayer.

The notification states: “On the request letter of the Rashtriya Shaikshik Mahasangh (RSM), as a part of Azadi ka Amrit Mahotsav, Bharat Mata Pujan and a lecture should be organised in every school. Such programmes will generate patriotism.”

“The notification was opposed by GRPPS also,” said Digvijaysinh Jadeja, president of GRPSS. He strongly believes that education should not be politicised and that “this is an attempt to give space to RSM to expand its wings in schools. RSM is promoted by Sangh,” alleged Jadeja.

Jadeja also said: “When we opposed the notification, the Education Minister requested to extend support for nationalism.”

Jamiat Ulama Gujarat General Secretary Nisar Ahmed Ansari, in a letter addressed to Joint Director (Education), has opposed the notification stating: “We warm-heartedly will join cultural programmes organised to celebrate Azadi Ka Amrit Mahotsav, but we are against the Bharat Mata Pujan. The said notification is issued on one organisation’s request, no other organisation or stake holders were taken into confidence. Rashtriya Shaikshik Mahasangh does not represent all sections of the society.”

Calling the directive “unconstitutional and unreasonable”, Jamiat-Ulama-Gujarat made a representation to the joint director of secondary education on July 28. In its representation, the Jamiat objected to the mandatory “idol worship of Bharat Mata”, while “enthusiastically” welcoming any other programme as part of the Azadi ka Amrit Mahotsav.

“Your instructions to pray to the idol of Bharat Mata is against the tenets of Islam as followers of Islam or any faith that does not believe in idol worship cannot partake in such activities. Muslims indulging in idol worship will cease to be Muslims… the government has taken a decision based on the petition of one organisation, without taking into confidence the other sections of the society. Taking such a decision on the request of one outfit is unreasonable and unconstitutional,” Jamiat said.

The letter further states: “No where in the Constitution there is any mention of carrying out worship of Bharat Mata. Our prayer is to withdraw the notification.” — IANS (Inputs added)