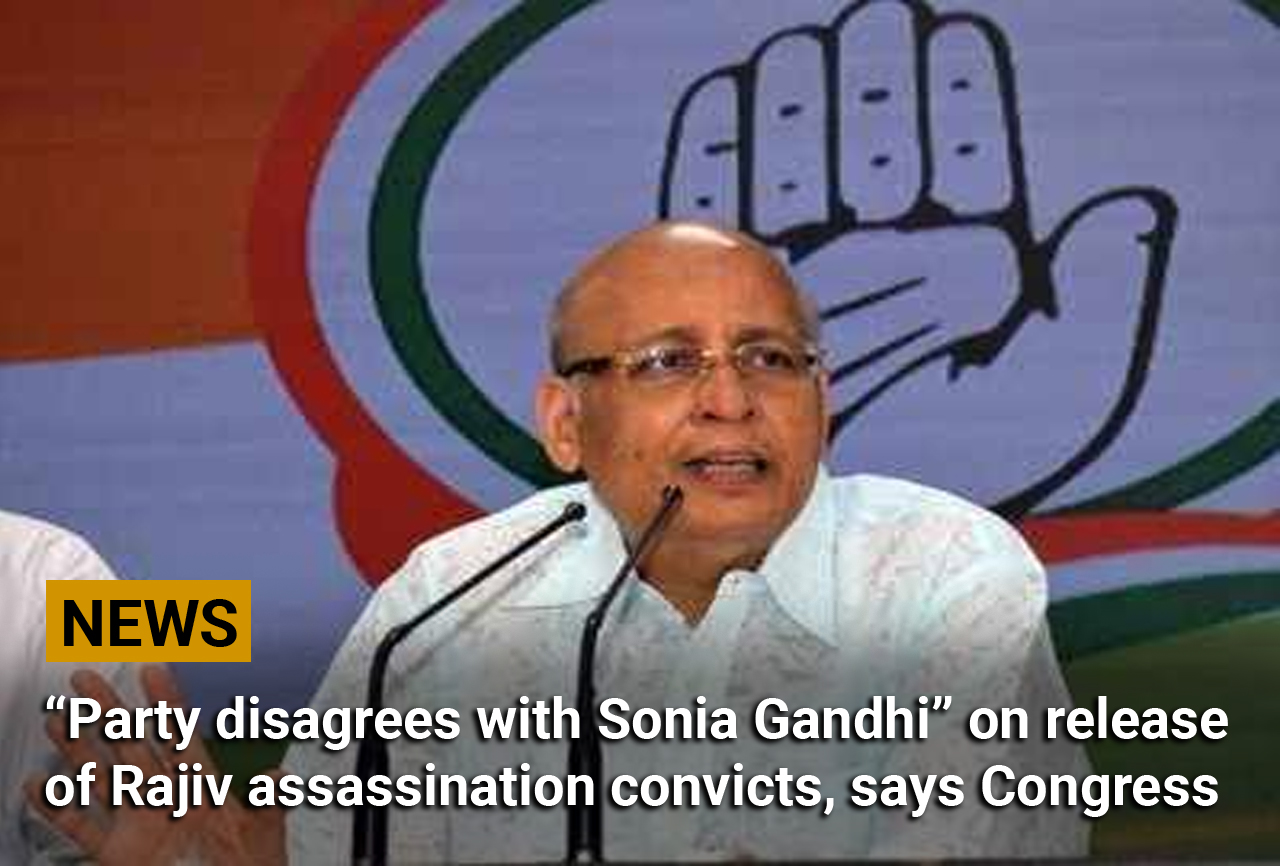 The Congress on Friday expressed its disappointment over the Supreme Court’s decision ordering the release of all six convicts in Rajiv Gandhi assassination case and said that it “disagreed with Sonia Gandhi” on the matter.

“This move has shocked the nation’s conscience and has invited serious concern and criticism from all sides of the political spectrum,” said Congress spokesperson Abhishek Singhvi.

“Sonia Gandhi, above all, is entitled to her personal views. But with the greatest respect, the party doesn’t agree and has made our view clear,” Singhvi said when asked why Congress’s decision was different from that of Sonia Gandhi and Priyanka Gandhi, who said that they have forgiven the convicts.

He went on to say: “Supreme Court decision sends a message to the world “that we extend to these killers such benefits forgetting the nature of their crime. They murdered, in cold blood and by deliberate design, a former Prime Minister”.

“We stand by that view because according to us, sovereignty, integrity, and identity of the nation is involved in a PM’s assassination sitting or former. That’s perhaps why Central Govt has also never agreed with the State government’s view in this regard,” he added.

He also said that the party will pursue legal remedies to seek the reversal of the decision.

Supreme Court of India Friday ordered the premature release of all six convicts in the Rajiv Gandhi assassination case.

The bench, comprising Justices BR Gavai and BV Nagarathna, passed the order while taking into consideration the case of A G Perarivalan, another convict who was released in May.

The top court said the order passed in the case of Perarivalan is applicable to other convicts too, Live Law reported.

The apex court noted that the Tamil Nadu cabinet had recommended their release on September 9, 2018, and this opinion will be binding on the Governor before whom the convicts had filed remission plea.

Earlier this year, the Supreme Court had ended the 31-year-old incarceration of convict AG Perarivalan. His good conduct in prison, medical condition, educational qualifications acquired in jail and the long pendency of his mercy plea since December 2015 were taken into account.