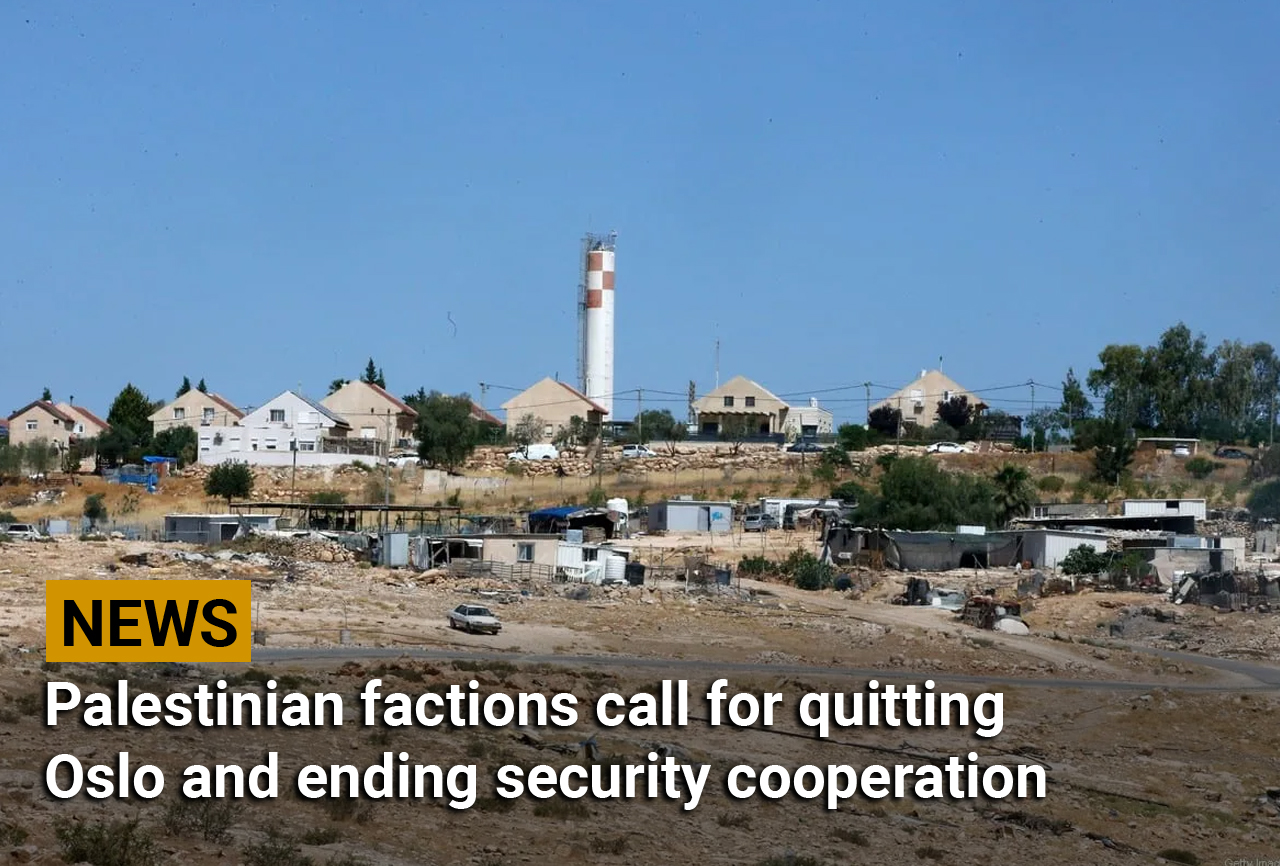 Palestinian resistance factions called on Wednesday for a total withdrawal from the Oslo Accords and an end to security cooperation between the Palestinian Authority and the Israeli occupation security services, Quds Press has reported. Speaking on behalf of the factions, senior Islamic Jihad official Nafeth Azzam said that Oslo gave “legitimacy” to the Israeli occupation and illegal Jewish settlements.

The Palestinian resistance, he pointed out, broke the security equation of the Israeli occupation and forced it to leave the Gaza Strip seventeen years ago. “We feel proud about our resistance, and our people insist on continuing the liberation project and building of the nation.” In closing, he reiterated that Israeli attacks on Al-Aqsa Mosque will trigger a “wide scale” conflict in the region.

At the end of the conference, the Secretary General of Al-Ahrar Movement, Yaser Abu Hilal, read aloud its recommendations. They included the insistence by the Palestinian resistance factions that the Oslo Accords were a “historic mistake”. Also included was the importance of using all forms of resistance, including legitimate armed resistance, against the Israeli occupation.