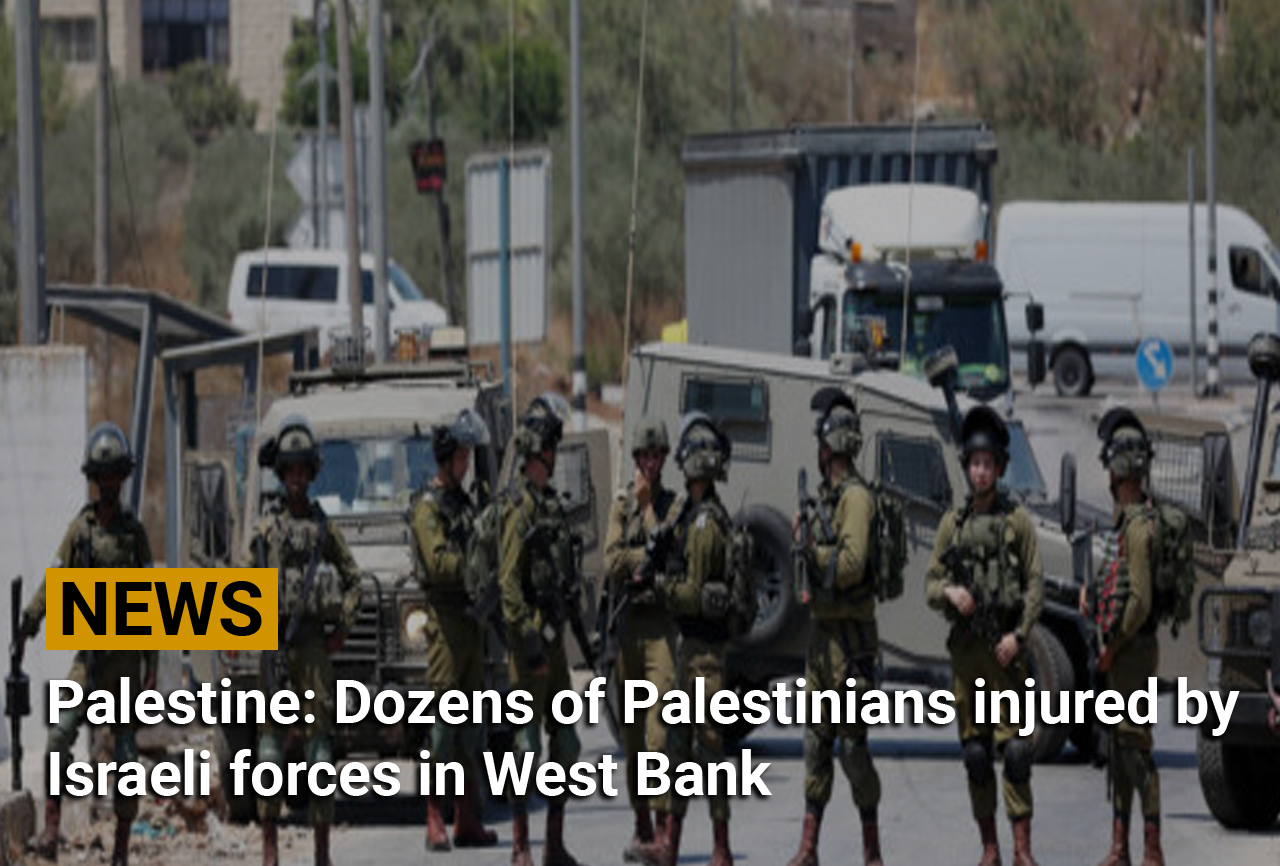 Ahmed Jebril, director of the Palestinian Red Crescent, told Anadolu Agency that medical teams treated one person with live bullets, 23 with rubber-coated bullets, in addition to 73 others who suffered teargas inhalation in the villages of Beit Dajan and Beita, east of Nablus city.

He added that one of the injured was a boy who was hit in his eye and was shifted to hospital for treatment in Nablus.

Jebril noted that the Israeli forces dug the roads leading to Mt. Sbeih in Beita village which hindered the arrival of ambulances.

Meanwhile, the Palestinian official Wafa news agency reported four more people were injured and dozens of others got suffocated by tear gas in an anti-settlement rally in Kafr Qaddoum village, east of Qalqilya city.

Israeli and Palestinian estimates indicate there are about 650,000 illegal settlers living in 164 settlements and 116 outposts in the West Bank, including in occupied Jerusalem.

Under international law, all Jewish settlements in occupied territories are considered illegal.