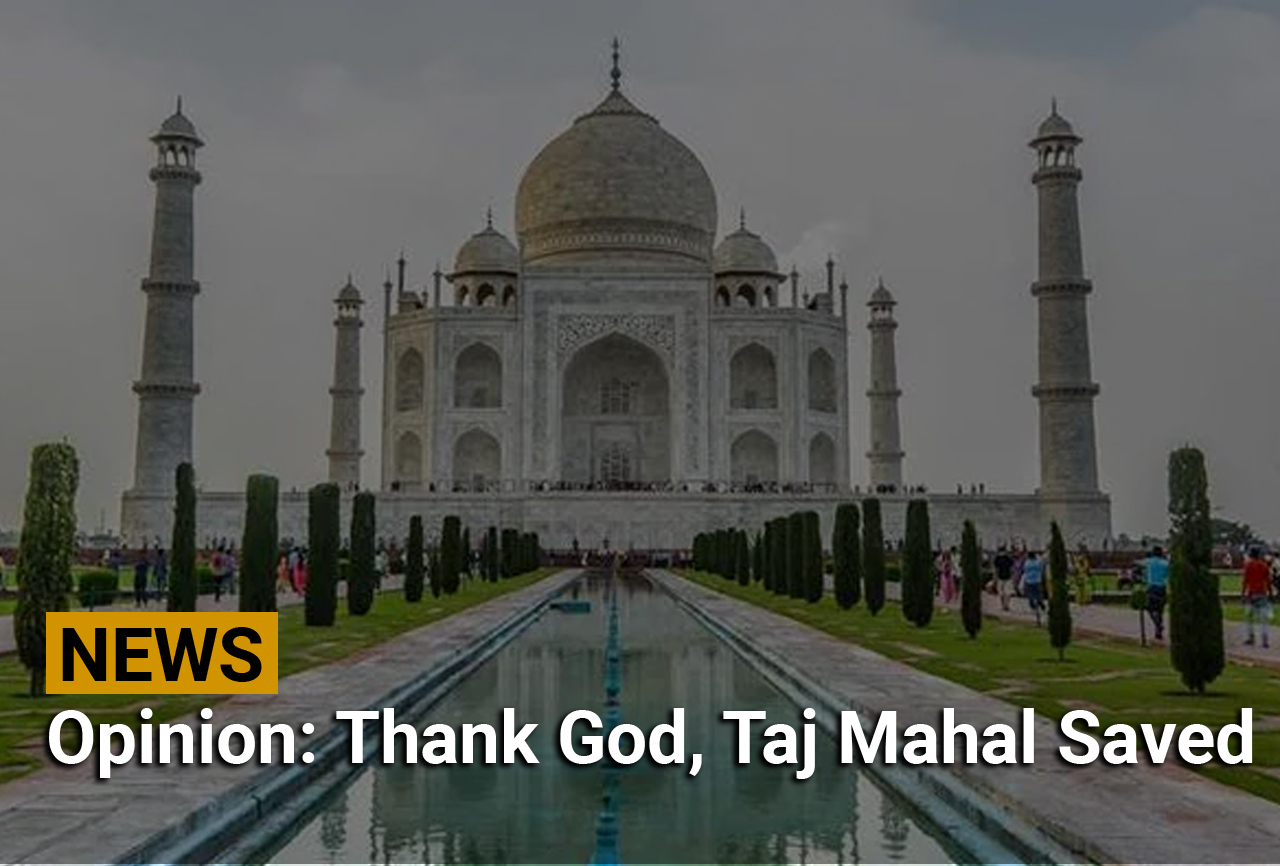 The Prime Minister, who is so vocal on all issues, shares his ‘Mann ki Baat’ regularly with the people and is fond of addressing the nation at eight in the evening, is completely silent on this issue. What else can explain the fact that he has not condemned the violence nor appealed to the people to maintain peace? Clearly the Prime Minister and his party are complicit, a willing promoter of the mayhem we are witnessing today.

The target of this new atmosphere of hate is the Muslim community, the history of Muslim rulers, Muslim names of towns, villages, roads and mohallas, Muslim monuments, specially their places of worship, many of them connected with an important part of our history. Their demand is that these names should be changed (and they are being changed wherever possible); that all their places of worship built after destroying Hindu temples should be replaced by the temples as in Ayodhya; that other monuments where there is any trace of a Hindu connection,real or imaginary, should be converted into Hindu monuments (the Taj Mahal should be declared to be a Hindu structure and named Tajo Mahal after some imaginary Hindu queen or deity); and in fact, all traces of Muslim rule in India should be obliterated and made to vanish from our history books.

It was in this connection that a Public Interest Litigation plea was filed seeking to open the closed doors of the Taj Mahal; this was done in the Allahabad High Court (which mercifully has not yet been named the Prayagraj High Court) by an enterprising BJP functionary in UP to allow him the use of these locked rooms for research purposes. He thought that the locked rooms would reveal the Hindu connection of this monument, though the Archaeological Survey of India has repeatedly said that the rooms are kept locked by them and there are no statues of Hindu gods and goddesses there. So the intention of the petitioner was far from honest; the court saw through it and dismissed his petition with a ringing rebuke.

We are grateful to the court for this order and hopefully it will have a dampening impact on other such adventurers. But not all courts in the country are so bold or fair. See what is happening in Varanasi with the Gyanvapi mosque? There is no doubt that this mosque was constructed after destroying a Hindu temple. The destruction was not complete and portions of the temple are still visible within and outside the mosque.

A court in Varanasi has ordered videography of the place. To determine what? In fact, the Gyanvapi mosque represents the history of India as perhaps few ancient structures do, and brings out clearly what rulers used to do in the past, specially with places of worship of the other community. It should be preserved as such to demonstrate what we went through at some point of time in our history, and why such examples should not be repeated in a modern liberal society.

But the Muslims alone are not guilty of this crime. Hindus did it on a large scale with Buddhist places of worship after banishing a great religion like Buddhism from India. These examples are strewn all over the country. Buddha’s statues have been draped in a sari, the face painted to look like a woman’s, and he and his disciples are being worshipped like Hindu goddesses. Should the Buddhists start reclaiming their places of worship that were converted into Hindu temples? And where is all this going to end?

The Taj Mahal is not even a place of worship. It is a monument built by a Muslim ruler hopelessly in love with his wife. It is one of the Seven Wonders of the World. All governments in India have encouraged visiting dignitaries to visit the Taj Mahal and get photographed in front of it. Change its name to Tajo Mahal and you would have destroyed not only the Taj Mahal but also the composite culture of India.-ADVERTISEMENT-https://imasdk.googleapis.com/js/core/bridge3.516.0_en.html#goog_1414307264Ads by

Many years ago, I was invited by some people in Burhanpur in Madhya Pradesh to give a public lecture. It is a small city about 200 kilometres from Indore but like many other cities in Madhya Pradesh, it had a tradition of public lectures where the people gathered in the open to listen to the speaker. During my visit to the city, my hosts took me to see some ancient monuments, of which Burhanpur has plenty.

One of the places I visited was the Jama Masjid built in 1589. I was surprised to notice the Sanskrit inscription on the front gate of the mosque written in Devnagri script. It provides the astronomical position, date and year of construction according to the Hindu samvat. Who taught the virtues of communal harmony or of secularism to the Muslim ruler who built this mosque and allowed an inscription in Sanskrit? Indian history even in the time of Muslim rulers was not at all one-sided. There were shining examples of communal tolerance and harmony. The British destroyed it by pitting one community against the other in order to divide and rule. We are still carrying that baggage and it is being made more burdensome today by the fanatics in both communities.

(Yashwant Sinha, former BJP leader, was Minister of Finance (1998-2002) and Minister of External Affairs (2002-2004). He is currently vice-president, Trinamool Congress.)

Disclaimer: These are the personal opinions of the author.