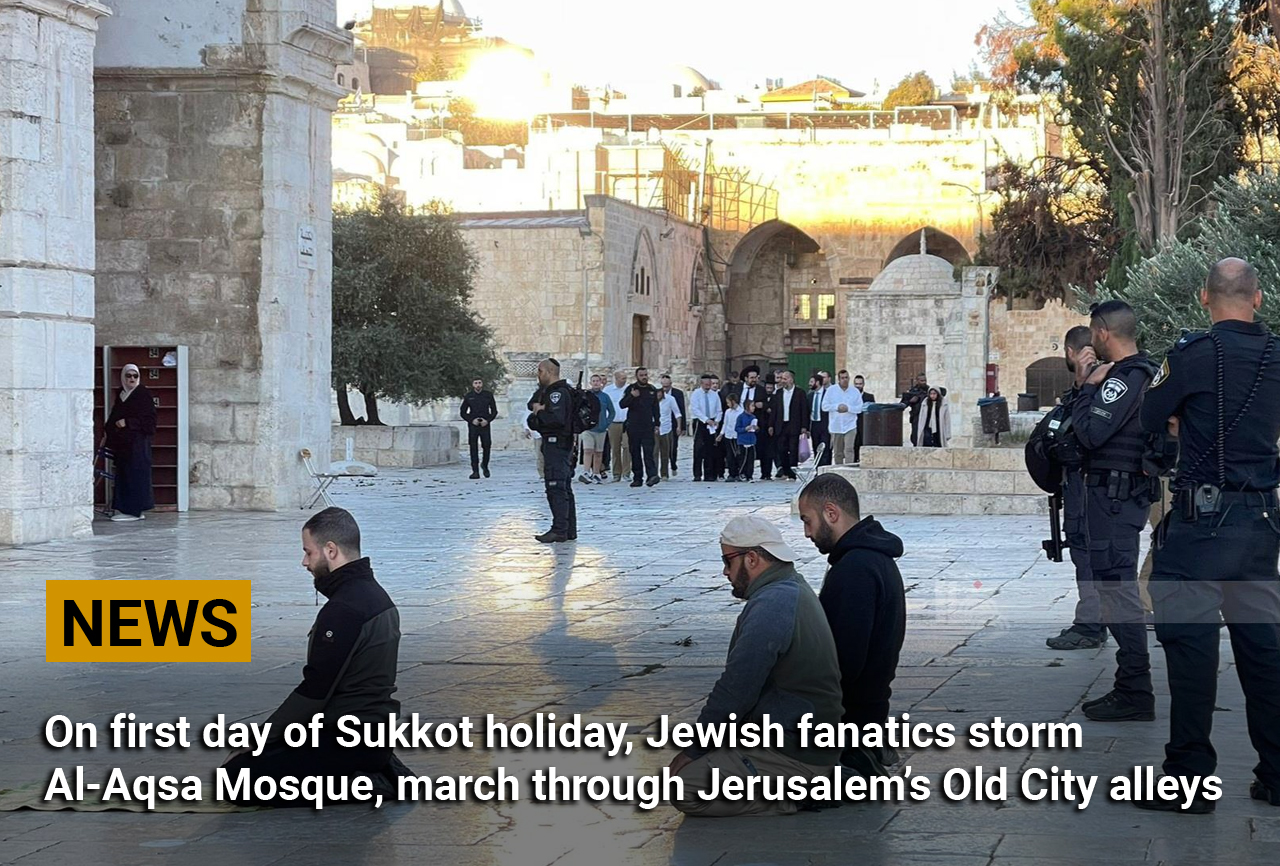 She said dozens of Jewish fanatics broke into Al-Aqsa Mosque after Israeli police cleared the yards of the holy compound from the Muslim worshippers in order to facilitate the presence of the fanatics, some of whom performed rituals in violation of a decades-long status quo that ban non-Muslims from holding prayers of any kind in its premises.

At the same time, fanatics marched through the Old City streets while holding rituals near the gates leading to Al-Aqsa Mosque.

Jewish extremist groups have called on their followers to storm Al-Aqsa Mosque during the seven-day Sukkot holiday and to hold rituals there as part of efforts to create a fait accompli in the Muslim holy site that would eventually lead to allowing Jewish prayers there as well, a step Muslims have warned could provoke religious strife in the holy land.