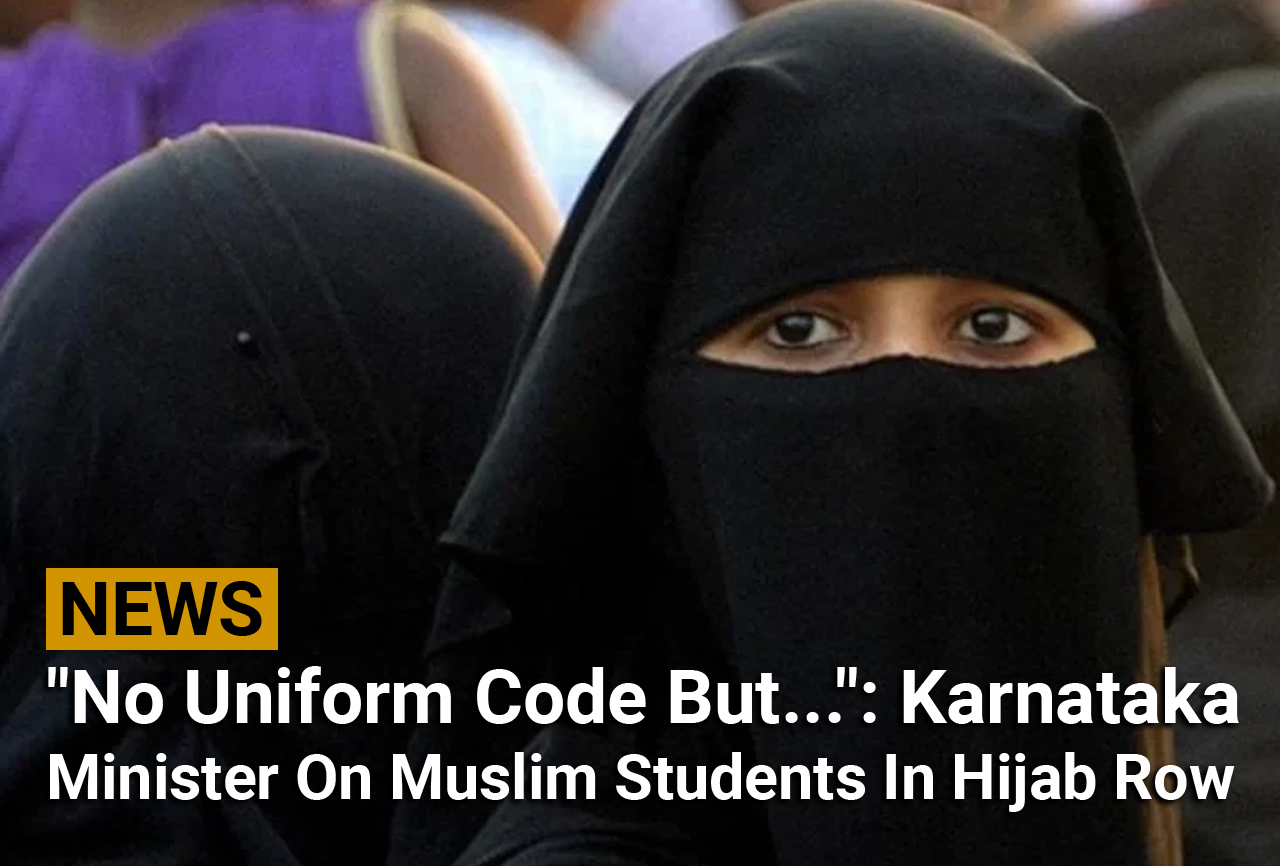 Muslim students at a government college in Karnataka’s Udupi district have been stopped from attending classes for three weeks after being told they cannot wear a hijab during lessons.

The college at the centre of a growing row over religious rights permits hijabs, or burkhas, to be worn while entering the campus and classroom but this must be removed before the class begins.

The protest was first registered on December 31, at which time the principal convinced the students to follow the dress code – churidhar and dupatta for girls – as ordered by the institution since 1985.

Later six students signaled their unhappiness over the dress code and launched a protest. A seventh joined them yesterday. All seven are first- and second-year PU, or pre-university, students.

Earlier today the Udupi Assistant Commissioner chaired a meeting attended by district officials, the college principal, and the protesting students, as well as their parents.

The protesting students have been persuaded to accept the dress code.

Karnataka Education Minister BC Nagesh had earlier acknowledged that the state “has not fixed a uniform (dress) code” but urged the protesting students to nonetheless follow the rule.

“94 students have no problem… Kindly follow dress code,” he said, and accused the opposition of politicising the issue after the students sought help from the PFI-affiliated Campus Front of India.

“There is only one reason for this trigger… Assembly Election is due in 2023. They (the opposition) have no good ideas planned to woo voters… trying to polarise. The government has not fixed a uniform code… we accept that. (But) in 1985 the SDMC mandated a uniform dress code and they (the college authorities) want to stick to that,” Mr Nagesh said.

“The uniform code is in place to avoid (complications)… This is has been followed for the past 36 years. Maximum numbers of students are Muslims and 94 have no problem… It is only six who have an issue now. We just have one request – kindly follow the dress code,” the minister said.

On Sunday Nasir Pasha, the General-Secretary of the PFI’s Karnataka unit, had accused some colleges of creating controversy over the hijab issue, and violating the religious freedom of Muslims.