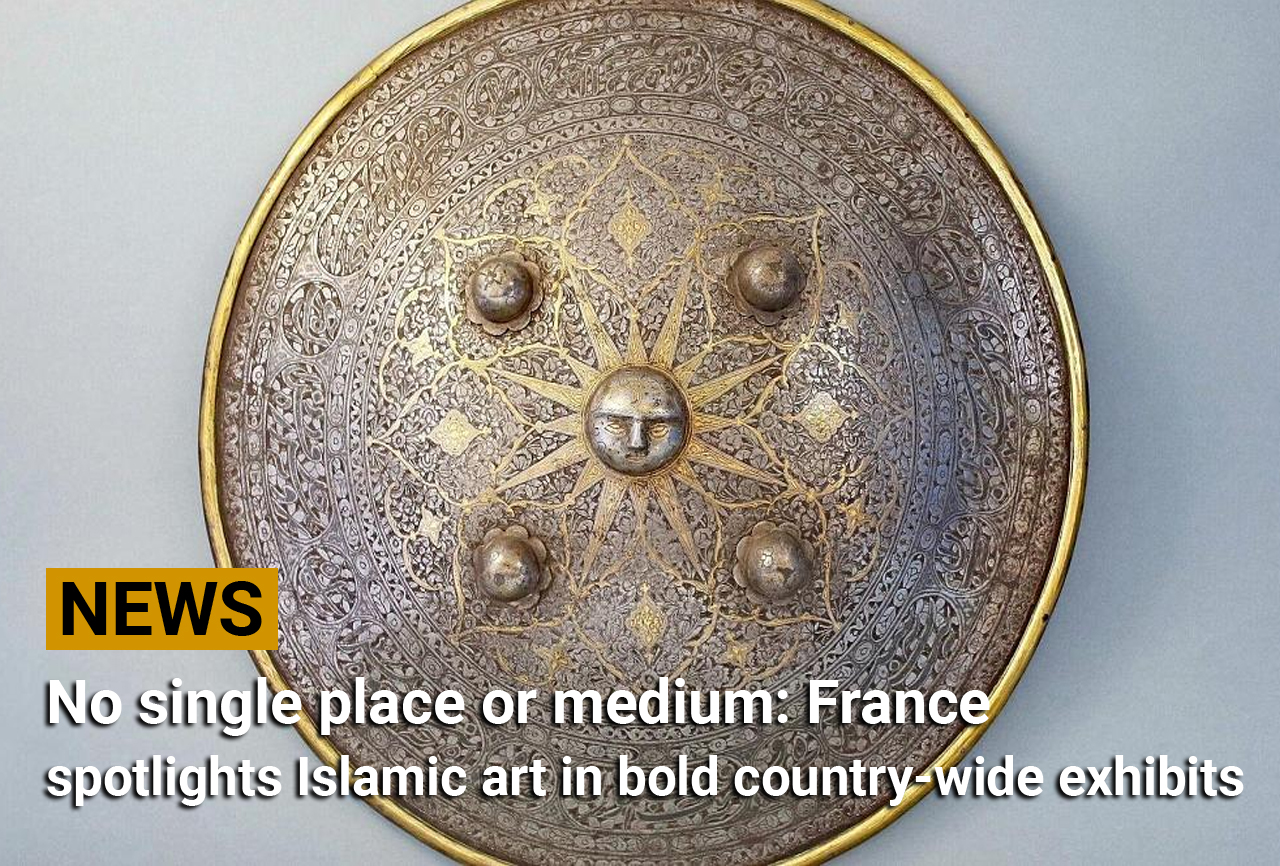 For four months, 210 masterpieces from the Arts of Islam will be displayed in simultaneous exhibitions across 18 cities in France.

‘Arts of Islam, a past for a present’ will be unveiled to the general public – free of charge – as a way of tackling the Islamophobia that persists across the country to this day.

Visitors can experience the art, accompanied by photo and video installations, from November 20 until March 27, in a number of cities.

Islamic art has a history of over 13 centuries

From national to regional collections, these displays will feature: an 11th century mosque lamp, a Koranic writing board, a dagger with an ivory handle, metal shields, a Persian carpet, a samit in silk, a box inlaid with bone and precious wood, and ancient astrolabe instruments from India and Morocco.

Each piece highlights how Islamic art is not confined to one medium, time period, or place.

Yannick Lintz, curator of the exhibition and director of the Department of Islamic Arts at the Louvre, says she hopes to make the space a place of “exchanges, where all roads pass, an open place” in order to “to fight against the ignorance of the Arts of Islam.”

At each location, work by a contemporary Muslim artist will also be presented.

One pertinent example is ‘Vacuum,’ by 44-year-old Raeda Saadeh, a Palestinian artist who films herself, in a djellaba – a loose robe worn in regions across North Africa – vacuuming in the desert.

“The idea is to get as close as possible to those who are not used to coming to see works of art,” explains Ms Lintz. It was therefore necessary “for this one, to get out of Paris”.

Though the Louvre has an impressive collection of its own Islamic art, Paris will not be one of the cities visited by the exhibit.

Instead, it will lend around 60 of its own pieces to displays further afield in areas that do not traditionally interact with its history. Marseille and Blois will welcome the show to their local libraries, for example.

France’s government put €4 million into making this happen. Each space has been designed to welcome younger generations, particularly students and their teachers. Areas for discussion, live displays, and film viewing are present in each of the 18 exhibitions.

A number of talks will be given in each city, on themes such as calligraphy, painting, and Islamic arts and sciences.

Political ministers for Culture and Education revealed earlier this year that they were oversubscribed with applications for potential participant locations.