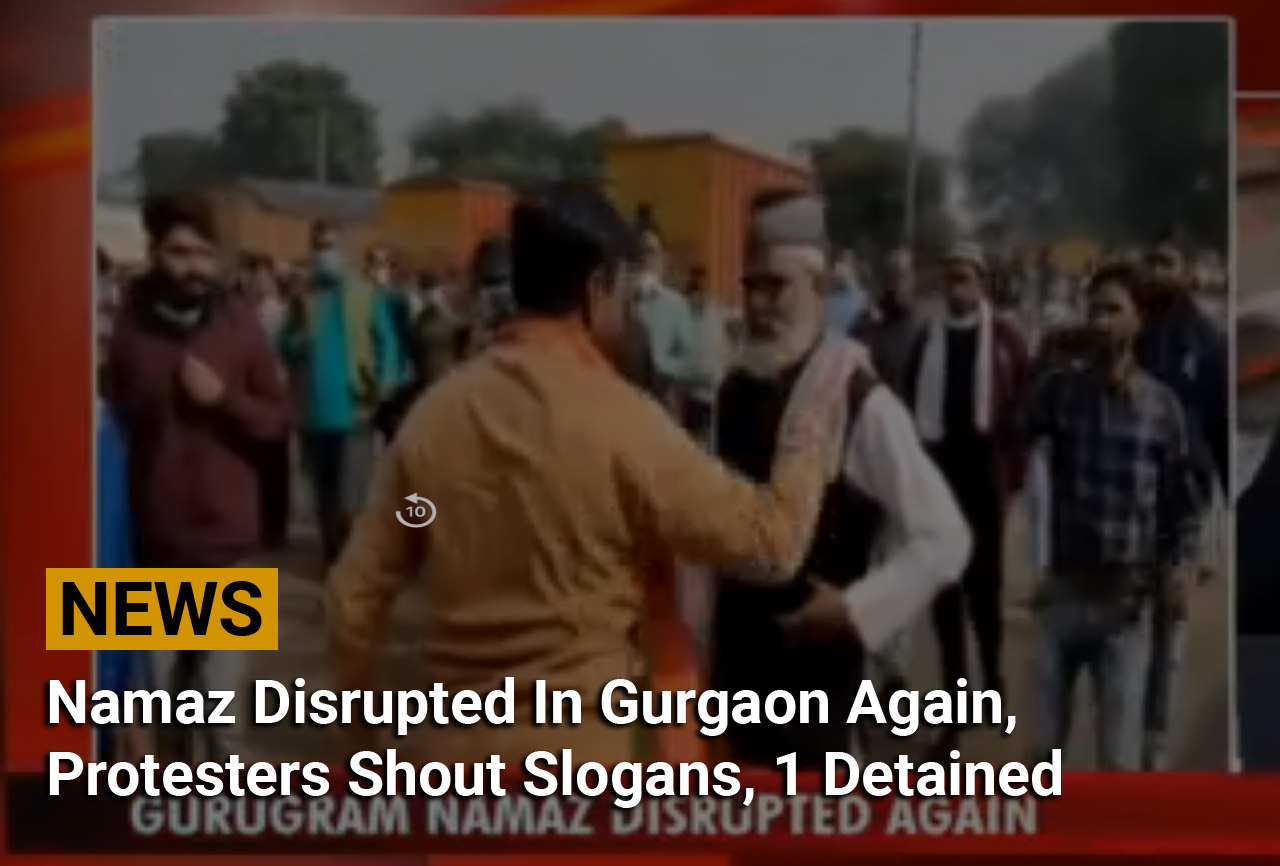 According to reports, around 15 Muslims gathered at the ground today for namaz.

A group of right-wing activists and locals today again stopped Muslims from offering namaz at a designated open site in Gurgaon despite heavy police presence on the ground. Around six people were detained and five of them were let of after questioning, police sources told NDTV.

Even though the namaz site is close to a police station, the security arrangements on the ground seemed inadequate. Police officials, apparently outnumbered, were seen creating a human chain to stop the protesters from disrupting the namaz, videos from the ground showed.

In another video, a protester was seen stopping a Muslim man from walking towards the namaz site. He was later taken away by police officials present in the area.

According to reports, around 15 Muslims gathered at the ground today for namaz. They were seen offering Friday prayers amid shouts of ‘Jai Shri Ram’ and ‘Vande Matram’.

Earlier in the day, the locals had parked their trucks on the ground claiming they don’t have space to park trucks elsewhere.

he ground located at Sector 37 is one of 29 sites set aside for namaz after an agreement between Hindus and Muslims following similar clashes in 2018.

When the protests first made headlines Haryana Chief Minister ML Khattar said everyone had a right to pray, but he also issued a caveat, saying “those offering prayers should not block road traffic”.