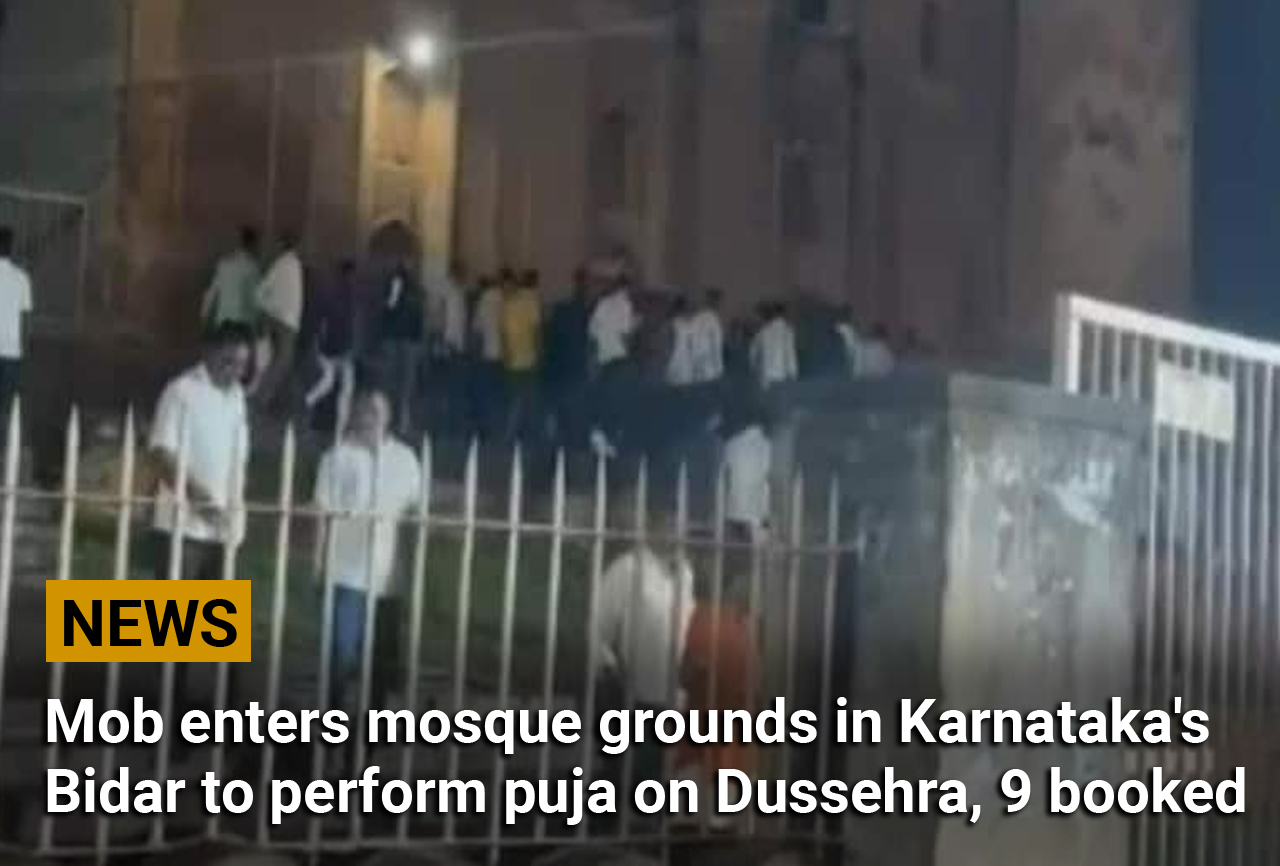 At least nine people were booked for being a part of the mob that entered and shouted slogans at Mahmood Gewan Madarsa and Mosque in Bidar.

The police in Karnataka’s Bidar booked nine people on Thursday for allegedly entering the grounds of Mahmood Gewan Madarsa and Mosque and raising slogans.

The police action came following outrage over videos shared on social media that showed a mob entering the grounds of the mosque, which is a heritage site under the Archeological Survey of India. The mob was allegedly there to perform puja on Dussehra on October 6.

Members of the Muslim community filed a complaint with the police, alleging that the crowd tried to break open the gate and raised ‘Bharat Mata ki Jai’ slogans. They also alleged that the crowd threatened the security person there and dumped garbage on the wall of the mosque.

The complainants also warned the police to aggravate their protests on Friday if the accused persons are not arrested.

Following this, the police registered an FIR against nine people. However, no one has been arrested so far.

Superintendent of Police Dekka Kishore Babu said, “It is regular practice from the Nizam period of performing Pooja during Dasara. There is a minar inside the mosque complex. Usually 2-4 people visit but this time there were more number of people who entered the place. Nobody illegally broke the lock to enter the mosque. We have registered an FIR and will be arresting the miscreants.”

Inspector General of Police, Gulbarga, said that for years, Hindus have been going near the masjid and performing puja to a tree. This time there was no tree, he said.

“We Must Fight Hinduphobia”: UK Opposition Leader On Leicester Clashes