Home NEWS Ministry of Hajj opens online registration for pilgrims from Europe, the US and Australia 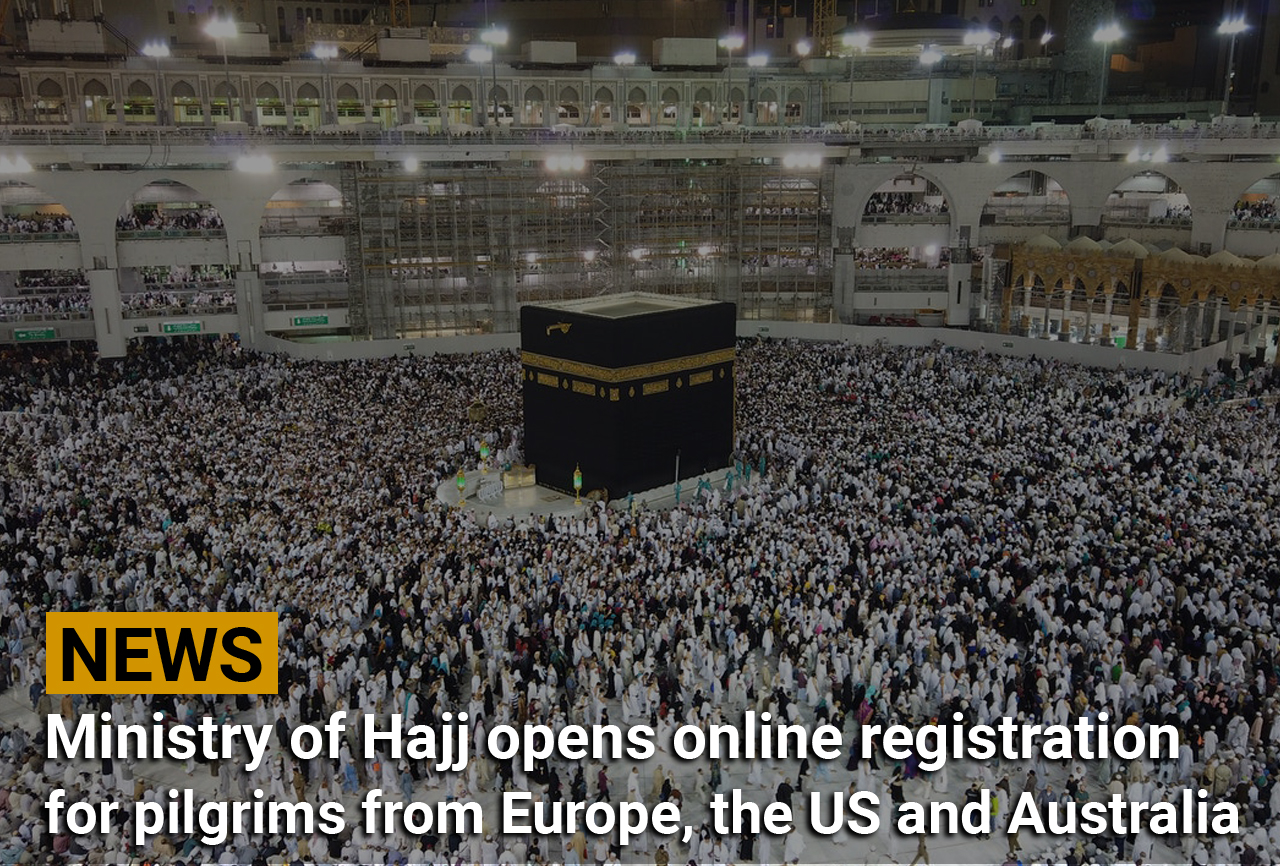 MAKKAH: The Ministry of Hajj and Umrah confirmed that pilgrims from Europe, North America, and Australia can register electronically for this year’s Hajj.

Engineer Imad Qari, a member of the Board of Directors of the European, American, and Australian Pilgrims Company, told Arab News that this decision aims to direct sales of services to the pilgrims of Europe, America and Australia.

Pilgrims from these countries will be able to register their data and submit their official documents, including passports and necessary vaccination papers for Covid-19. Then they will enter the lottery process for the appropriate packages and complete the online payment process. After that, the requests are sent to the Ministry of Foreign Affairs to issue visas in consultation with the Information Center of the Ministry of Hajj and Umrah.

Qari said that there will be no external mediators, and this method will enrich the pilgrims’ experience and positively impact lowering costs.

The Ministry has announced five steps for the e-registration for hajj: The first step starts from three to six of June and includes registration that suits the applicant’s preferences. The period from six to eight June is for verifying the required documents. On June 10, those who are eligible for hajj this year are selected, and from June 11 to 12, payment is made through the Mutawwif platform after receiving notification of their candidacy for hajj. On June 14, hajj visas will be issued for applicants once the payment process is complete.

The Chairman of World Hajj and Umrah Care Foundation, Mohien Tutla, told Arab News that today, the Ministry has truly empowered the pilgrims of Europe, North America, and Australasia. He said that for the first time in recent history, there is a direct relationship with the hundreds of thousands of aspiring pilgrims performing hajj; without intermediary agents.

Tutla explained that this change shall be felt by hundreds of travel agents who were entrusted with pilgrim welfare, who will be left wondering what this change means for them.

He further highlighted that a culture of exploitation had developed, where licensed Munazzem (a privileged group of organizers) had often taken advantage and manipulated pricing structures, with operating practices not in line with the Ministry’s best practice guidelines.

“The great gain in this technological advancement is pilgrims being in greater control of Hajj and Umrah practices which in time will improve each year. The great loss is the compassion shared by organizers who took care of the pilgrims’ needs, physically and spiritually.”

He continued: “We always hoped that hajj organizers would play an important role in the season, by not simply being travel specialists in Makkah and Madinah, but mentors, cultivating the pilgrims’ potential as they transition into becoming better Muslims through the hajj enlightenment.”