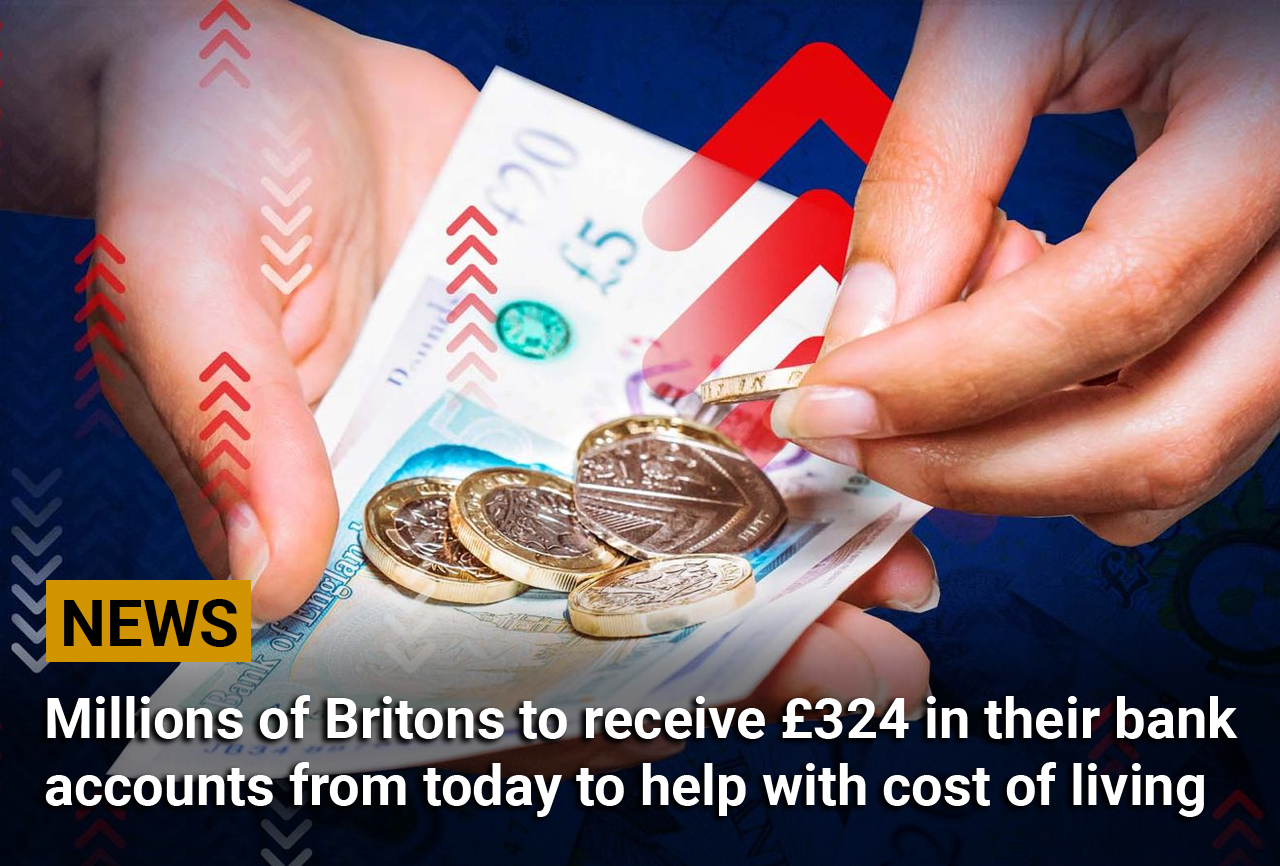 Those eligible do not need to do anything to receive the payment, and there are warnings scammers are exploiting the crisis with texts or emails inviting them to make an application.

Millions of Britons on low incomes will start receiving £324 into their bank accounts today to help them through the cost of living crisis.

Those eligible do not need to do anything to receive the payment, and there are warnings that scammers are exploiting the crisis with texts or emails inviting them to make an application.

The Department for Work and Pensions will never ask for your personal details by text message or email.

Payments of £326 have previously been made, and this second cost-of-living payment should arrive before 23 November.

A small minority of delayed payments

Eligible households receiving tax credits and no other means-tested benefits will get their second cost of living payment from 23 November and should receive it by 30 November.

The DWP said that – in a small minority of complex circumstances – it may pay some households after 23 November.Advertisement

The government’s support package also includes a £400 discount on energy bills that is being paid in monthly instalments to domestic energy customers between now and March.

A £300 addition to Winter Fuel Payments will go to over eight million pensioner households over the winter.

(Data from the DWP)

“As part of that support, over eight million vulnerable households – almost a quarter of families in the UK – will automatically receive a second cost of living payment worth £324 in their bank account from today.

“And while we can’t completely protect people from rising prices, my priority at the upcoming autumn statement will be to protect the poorest in society as we take the tough decisions necessary to fix our public finances.”

Those eligible will generally have been claiming and entitled to a payment between 26 August and 25 September, with the exception of pensioner households, who may be able to have a new pension credit claim backdated.

They have until December 18 to submit a valid claim for pension credit, which could entitle them to the £324 cost-of-living payment.

People can check their eligibility for pension credit using an online calculator or by calling a freephone claim line (0800 99 1234).