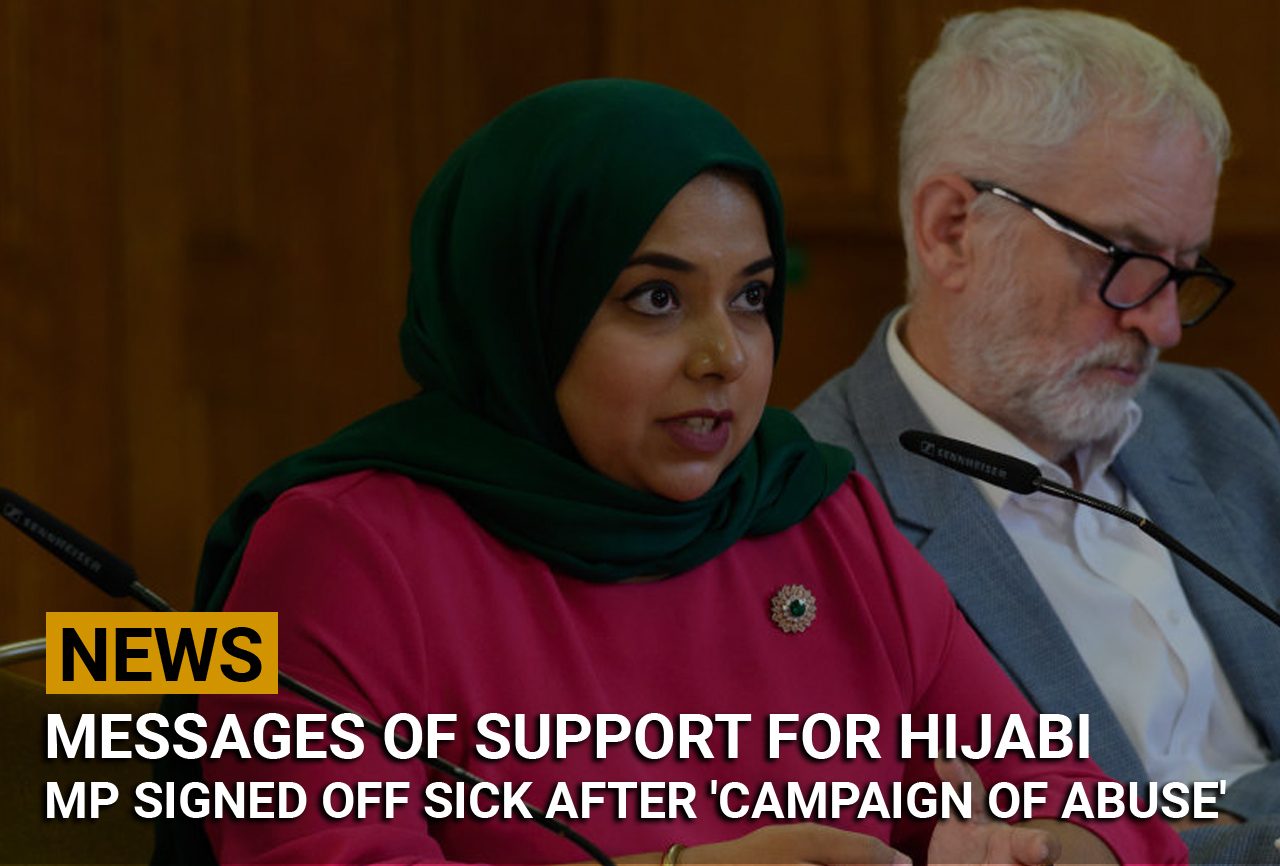 Supporters have been quick to rally behind Poplar and Limehouse MP Apsana Begum who revealed that she has signed off sick after a “sustained campaign of misogynistic abuse”.

The first hijab-wearing MP tweeted that she had attended hospital earlier in the week and was signed off work, as the “abusive campaign has had a significant effect” on her mental and physical health.

In her statement, Begum wrote: “For the duration of my time in Parliament, as a Member of Parliament I have been subjected to a sustained campaign of misogynistic abuse and harassment.

“As a survivor of domestic abuse, it has been particularly painful and difficult.”

Her health has meant she was not been able to take in the trigger ballot process – a Labour procedure that lets local members decide whether they wish their sitting MP to automatically stand again in the next general.

Concerns have been raised about the trigger ballot in Poplar and Limehouse against Apsana Begum, with claims that there is a vicious and misogynistic campaign underway.

Begum said she was “very concerned by the wider circumstances surrounding the trigger ballot process. This has included complaints of alleged rule-breaking and alleged misogynistic intimidation.”

She added: “Regrettably, the treatment I have faced will be all too familiar to women, socialists, and those from minority ethnic backgrounds.

“If the Labour Party is to be the party of equality, it must do all it can to ensure that such behaviour is never tolerated.”

On social media fellow Muslim MP Zarah Sultana tweeted her support: “Apsana’s strength in the face of nasty misogynistic abuse and racism is an inspiration. She won’t be driven out of politics. I’m so proud to call her a friend and comrade.”

Last year, Begum talked about how being the first hijabi MP makes some people uncomfortable. During a Commons debate, she also pointed out some of the horrific abuse she gets.

“This is the kind of material that I receive: “Vile and filthy religion…importing vile and filthy creatures like Apsana Begum”; “Muslims should be banned from public office…we can’t trust their allegiances”; “Muslims are the masters of lying. They are the bane of our Christian society. They do not belong and should be deported”; “Deport the Filth”; “Throw her and her family back to where they came from”; “Chop her hand off”; “This could be one of your last statements”. Those are not even, by any measure, the worst of what I receive,” she said.