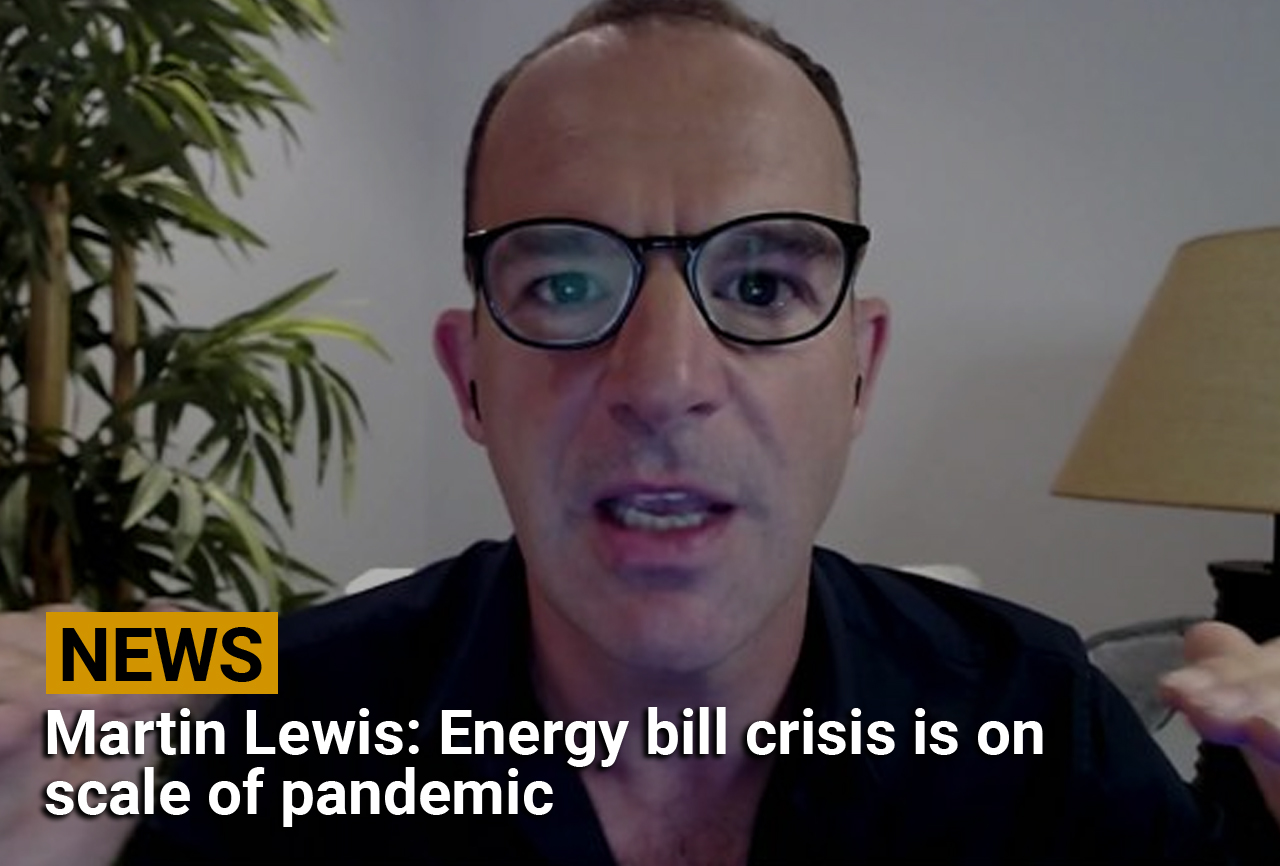 The situation with energy bills is “a national crisis” on the scale of the Covid pandemic, Martin Lewis has said.

The consumer expert told the BBC support needed to double to make up for the huge expected rise in bills.

The government said it had “continually taken action to help households”.

It comes as a survey by comparison site Uswitch suggested many people are already behind on energy bill payments with total debt owed three times higher than in September last year.

Almost a quarter of households owe £206 on average, according to the survey of 2,000 people.

Uswitch advised people falling into debt to speak to their provider to work out a more affordable payment plan.

The figures come a day after consultancy Cornwall Insight warned energy bills could rise much higher than previously thought in October.

Cornwall also expects bills to increase much more sharply in January, with the average household paying £355 a month, instead of the current £164 a month.

Mr Lewis said according to forecasts, the price cap – the maximum amount suppliers can charge customers in England, Scotland and Wales for each unit of energy – would effectively double between May of this year and October.

The latest price cap is due to be announced at the end of this month by the energy regulator Ofgem.

In May the government announced a package of support, including a £400 discount on energy bills for all UK households and an additional £650 for more than eight million low-income households.

But Mr Lewis told BBC Radio 4’s Today programme: “If [the chancellor] is going to be consistent, he will need to double every number in that package.”

Ministers are set to hold talks with energy giants on Thursday to discuss measures to ease the cost of living.

However, Mr Lewis said ultimately it was “government alone” which could help by putting “more money into people’s pockets”.

The boss of Octopus Energy also said he thought the government needed to improve its offer of £400 for households to help with rising energy bills.

Greg Jackson told the BBC that while the initial package of support may have been “right” at the time, “clearly it’s not sufficient now and we need to look at a similarly significant assistance from the government for this winter”.

Derek Lickorish, chairman of energy supplier Utilita, called for a social tariff, which offers discounted rates for lower income households, to be introduced.

He also said the government needed to “dramatically” increase support by £800 – £1,000 per household.

Chancellor Nadhim Zahawi said the Treasury had been preparing “options” for the next prime minister on what further support could be offered.

However, Treasury officials have stressed that any decisions on major fiscal issues will be decided after the new PM takes office.

Leadership frontrunner Liz Truss rejected the idea of holding talks with Boris Johnson and her rival Rishi Sunak before the end of the contest, saying “now is not the time to pre-empt those decisions”.

She denied she was ruling out payments to help with energy bills. However, stressing her support for tax cuts, Ms Truss said her priority was “making sure we’re not taking money off people and then giving it back to them later on”.