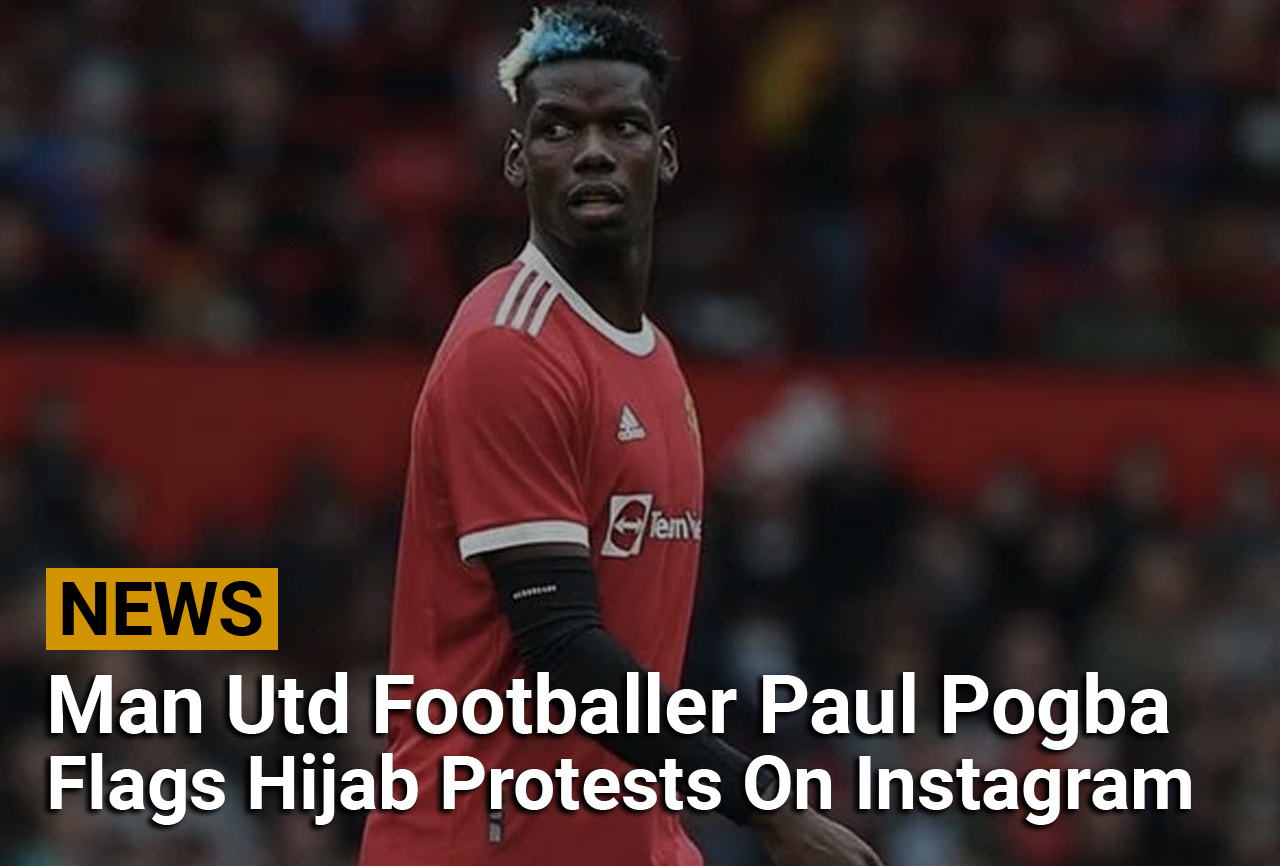 Protests in Karnataka over college students being denied the right to wear a hijab were flagged Thursday by Manchester United footballer Paul Pogba, who shared an Instagram story – “Hindutva mobs continue to harass Muslim girls wearing Hijab to college in India”.

Pogba, a French national whose mother is Muslim and who started practising Islam in 2019, shared a 58-second reel originally posted by the London-based _islamismydeen_ Instagram handle.

The clip begins with a massive crowd of boys and men wearing (or waving) saffron scarves and surrounding a small group of young girls wearing hijabs. The mob, which numbers several dozen male individuals at least, can be heard shouting and chanting as the dust rises from the scuffle.

A few other men seem to be holding hands to form a protective barrier around the girls, and there seem to be only two police personnel in sight.

The clip then shows a young woman, presumably a school teacher, warily unlatching a classroom door after which dozens of boys draped in yet more saffron scarves and cheering storm inside.

The third part shows yet more boys – by this time there seem to be hundreds – waving saffron flags and dancing and cheering as they move down a street.

It is unclear when and where each of the clips was shot.

Within the country a storm of voices have been raised in support of (and against) both sides, with Congress leader Priyanka Gandhi Vadra among those to speak out.

On Tuesday the situation escalated at a college in Mandya district after male students heckled a Muslim girl, shouting ‘Jai Shri Ram‘. She shouted “Allah hu Akbar” at the aggressors.

A day earlier, two men were arrested in Kundapur for carrying weapons near protesting students.

Protests against the demand to wear hijabs – which officials say can be worn in class but not during lessons – have been fanned by at least one right-wing fringe group – the Hindu Jagrana Vedike.

Controversy over Muslim students barred from wearing the hijab began last month after six girls from Karnataka’s Udupi district voiced their concerns. Since then it has snowballed into a significant matter, with the state High Court hearing a petition and the Supreme Court also approached.