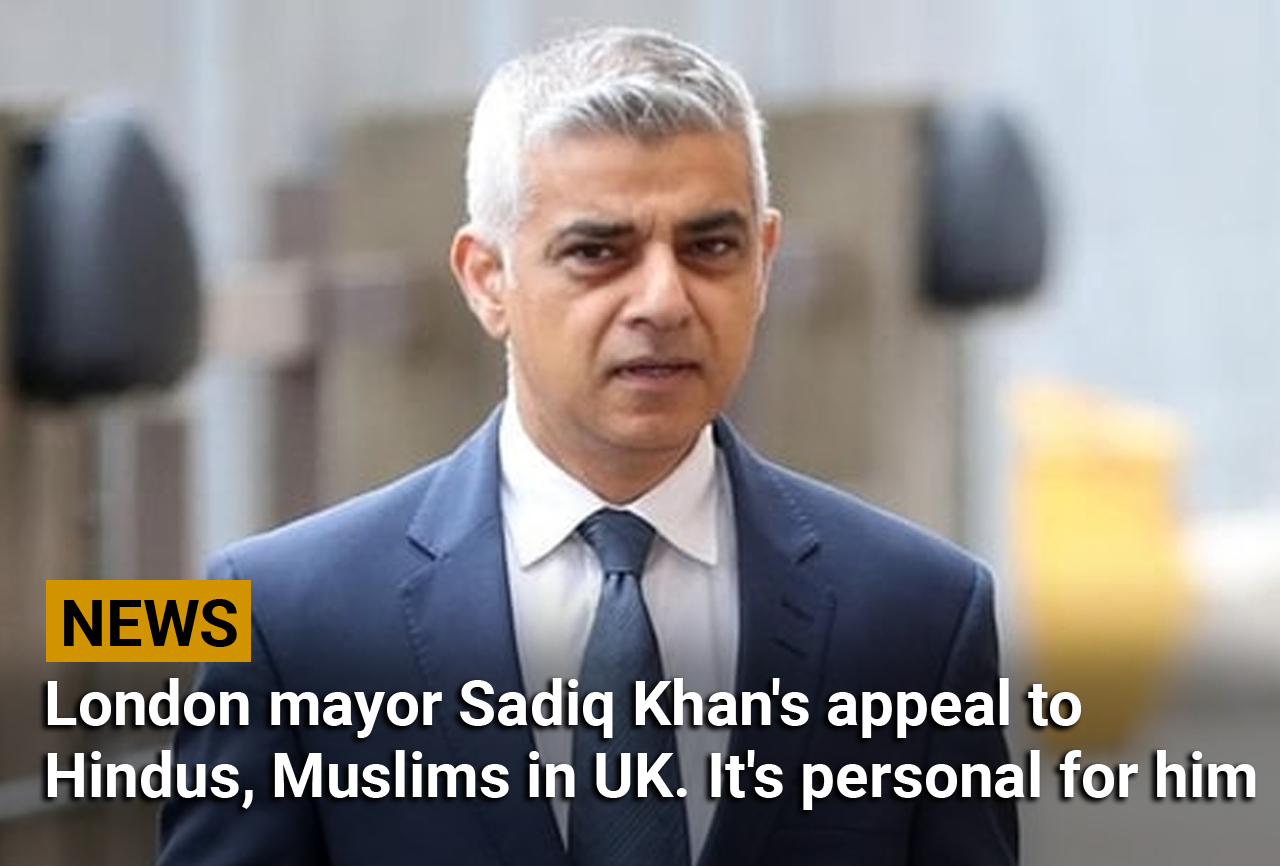 Leicester Clashes: The appeal came after a spate of violent clashes between Hindu and Muslim communities in the eastern England city of Leicester

London mayor Sadiq Khan appealed to Hindu and Muslim communities to “not allow the politics of the sub-continent to spill over” into the UK.

“We should be eternally on our guard against extremist forces who seek to stoke up tensions between our communities for their own selfish ends. Everyone in the UK and around the world should have the right to live in peace and to practice their religion without fear or threats,” the London mayor said.

The appeal came after a spate of violent clashes between Hindu and Muslim communities in the eastern England city of Leicester following an India-Pakistan cricket match.

Sadiq Khan urged against letting “current or past tensions, and the wider politics of the region, be used as a pretext to stir up trouble on our streets”. “British Muslims and British Hindus should always be allies, not adversaries,” he added.

Reflecting on his personal journey, Sadiq Khan, born to a British-Pakistani family in South London, wrote, “My grandparents were from India. My parents from Pakistan. I was born and raised in London and am proud to call Britain my home. But like many Londoners who can trace their family history to different parts of the world, I feel a strong connection with my heritage, which means both India and Pakistan are dear to me and hold a special place in my heart.”