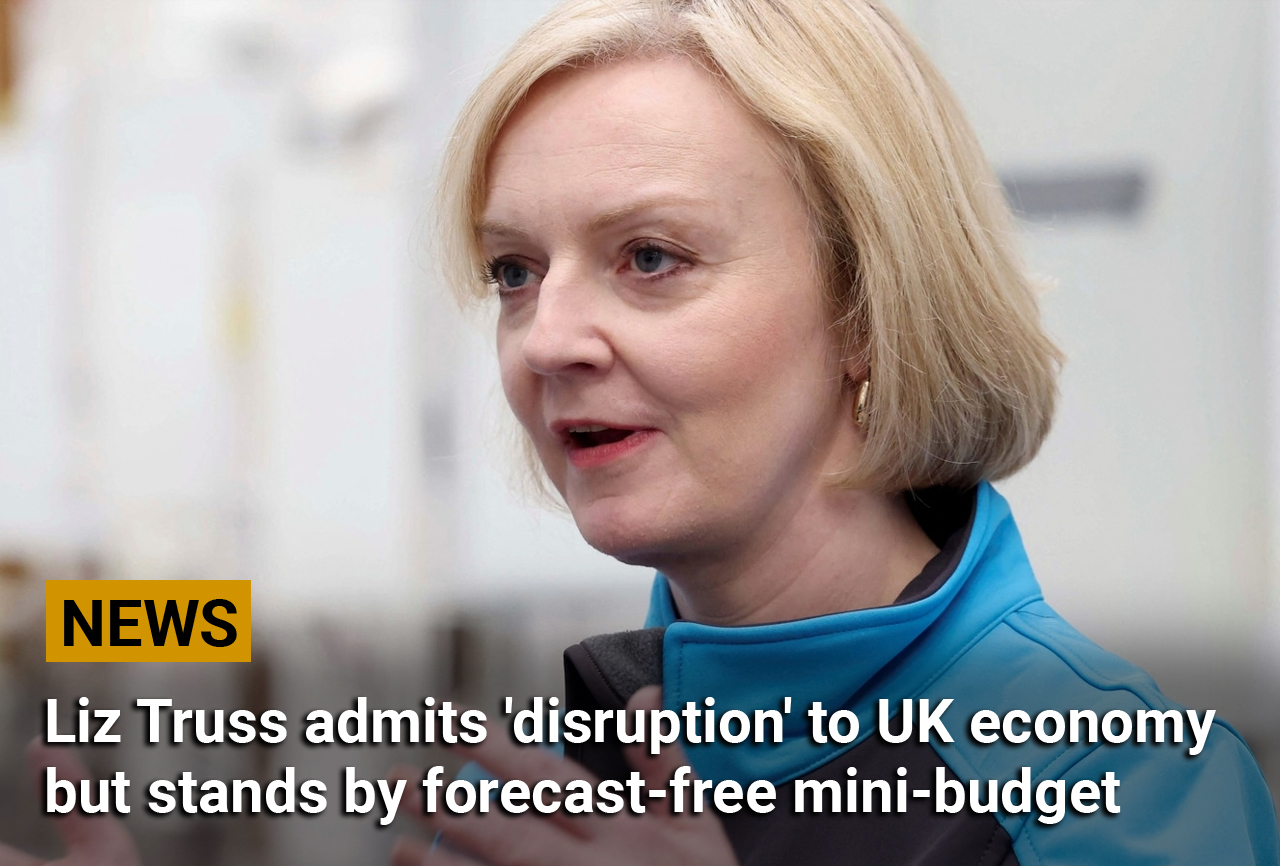 The prime minister defends the decision to present last week’s mini-budget without an accompanying forecast from the Office for Budget Responsibility (OBR) due to the need to respond rapidly to rising energy prices.

Liz Truss has for the first time acknowledged that “there has been disruption” to the UK economy following last week’s mini budget.

Since the chancellor’s announcement of £45bn in tax cuts the value of the pound has plummeted, nearly half of mortgages have been pulled and the Bank of England launched a £65bn bail-out to save pension funds from collapse.

Asked on Friday whether she accepted this is largely a crisis of her government’s own making, the prime minister said: “It was very, very important that we took urgent steps to deal with the costs that families are facing this winter, putting in place the energy price guarantee for which we’ve had to borrow to cover the cost… but also making sure that we are not raising taxes at a time where there are global economic forces caused by the war in Ukraine that we need to deal with.

“I recognise there has been disruption. But it was really, really important that we were able to get help to families as soon as possible – that help is coming this weekend.

“Because this is going to be a difficult winter and I’m determined to do all I can to help families and help the economy at this time.”

The government’s energy price guarantee comes into force on Saturday.

It means the average household shouldn’t have to pay more than £2,500 a year on their energy bills.