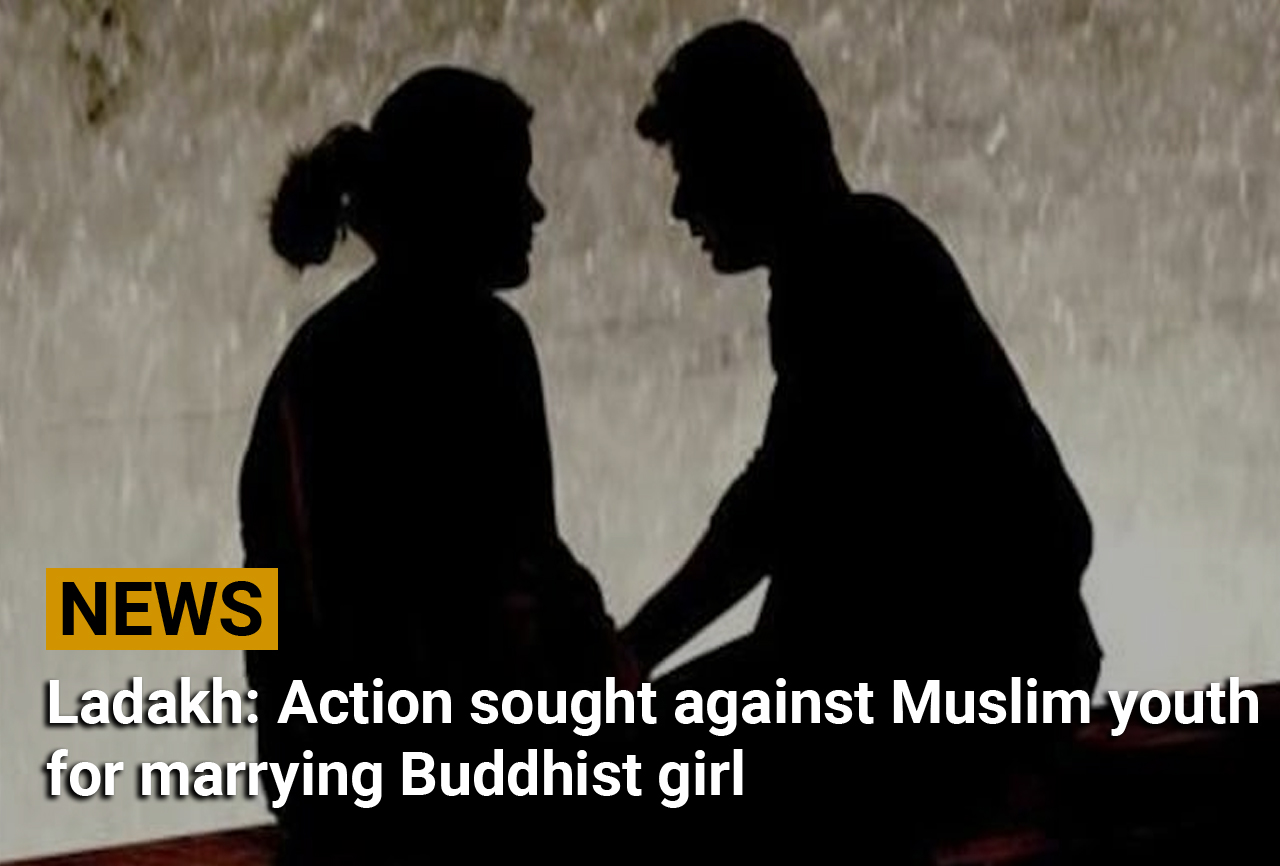 The Association has written to Ladakh Lieutenant Governor Radha Krishna Mathur alleging that a Muslim youth from Padum Zanskar has “forcibly” married a Buddhist girl. The Association has demanded that the girl should be recovered and handed back to the family.

A local from Zanskar said that interfaith marriages are not new in Ladakh region, but unfortunately, such issues have started attracting attention from past few years. He said several years back, dozens of Buddhist willingly embraced Islam, though the action of those Buddhists had invited sharp reaction from the Association.

In a communique to L-G Radha Krishna Mathur, the Ladakh Buddhist Association has alleged that the sole motive of interfaith marriage is forceful conversion. The association further added that inter-community forceful conversion through ‘allured’ marriages in Ladakh have always triggered ill-fated communal riots in the past, causing extensive damages to the private and public properties.

The Association has claimed that communal riots are bound to happen in the region if the administration fails to recover the girl.