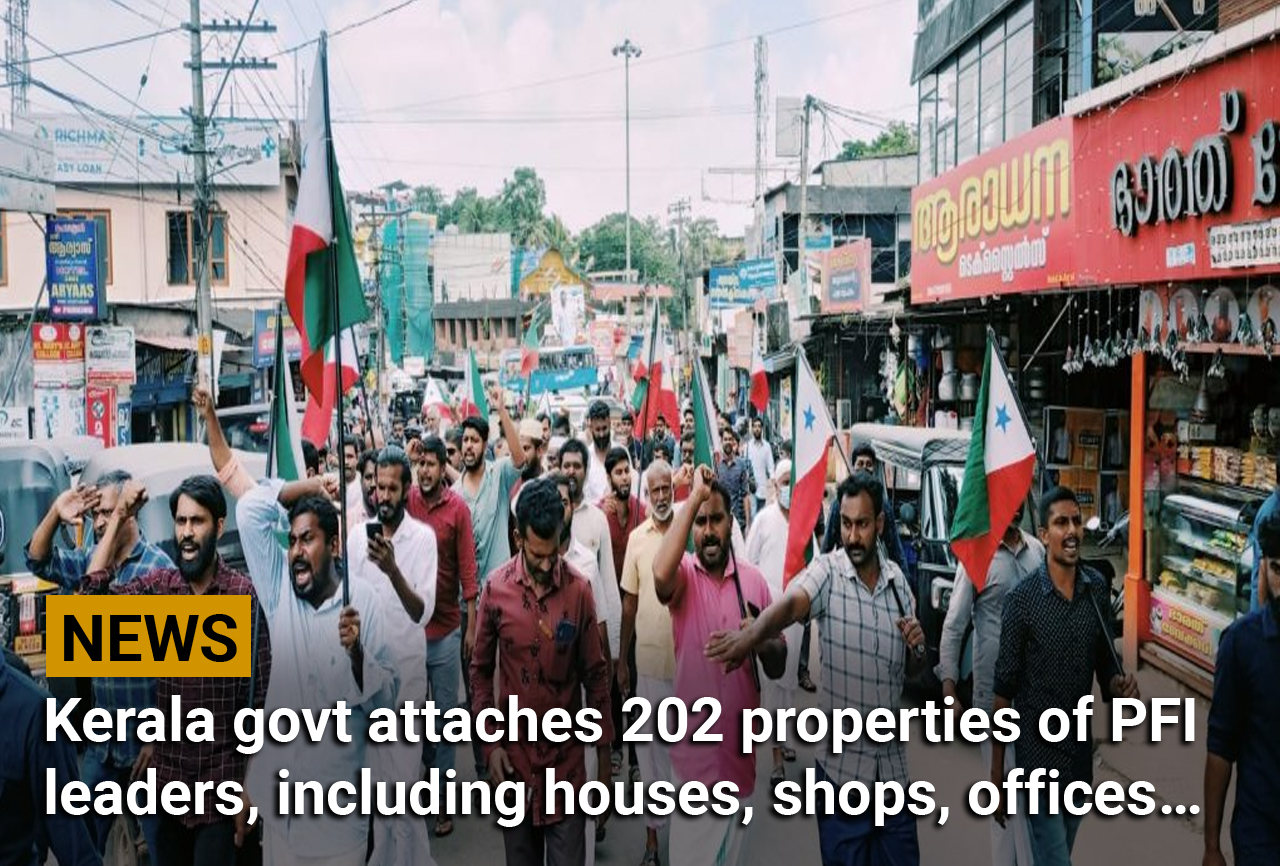 The state revenue authorities carried out attachment proceedings at the houses of PFI state leaders and activists across Kerala on Friday.

Government officials attached at least 202 properties, including dozens of houses, shops, and offices in all districts in Kerala. The government plans to complete the attachment procedures by Saturday.

The move against Muslim leaders and activists came two days after the Kerala High Court expressed displeasure over the delay on the part of the state government in initiating the revenue recovery measures despite repeated directives.

The High Court ordered on September 27 that PFI leaders and activists accused in the hartal violence cases be held liable for the loss. The total loss to public property, mainly transport buses, in the flash hartal in Kerala on Sept 23 was estimated to be around Rs. 5.2 crore.

16th century mosque bulldozed in UP to widen road