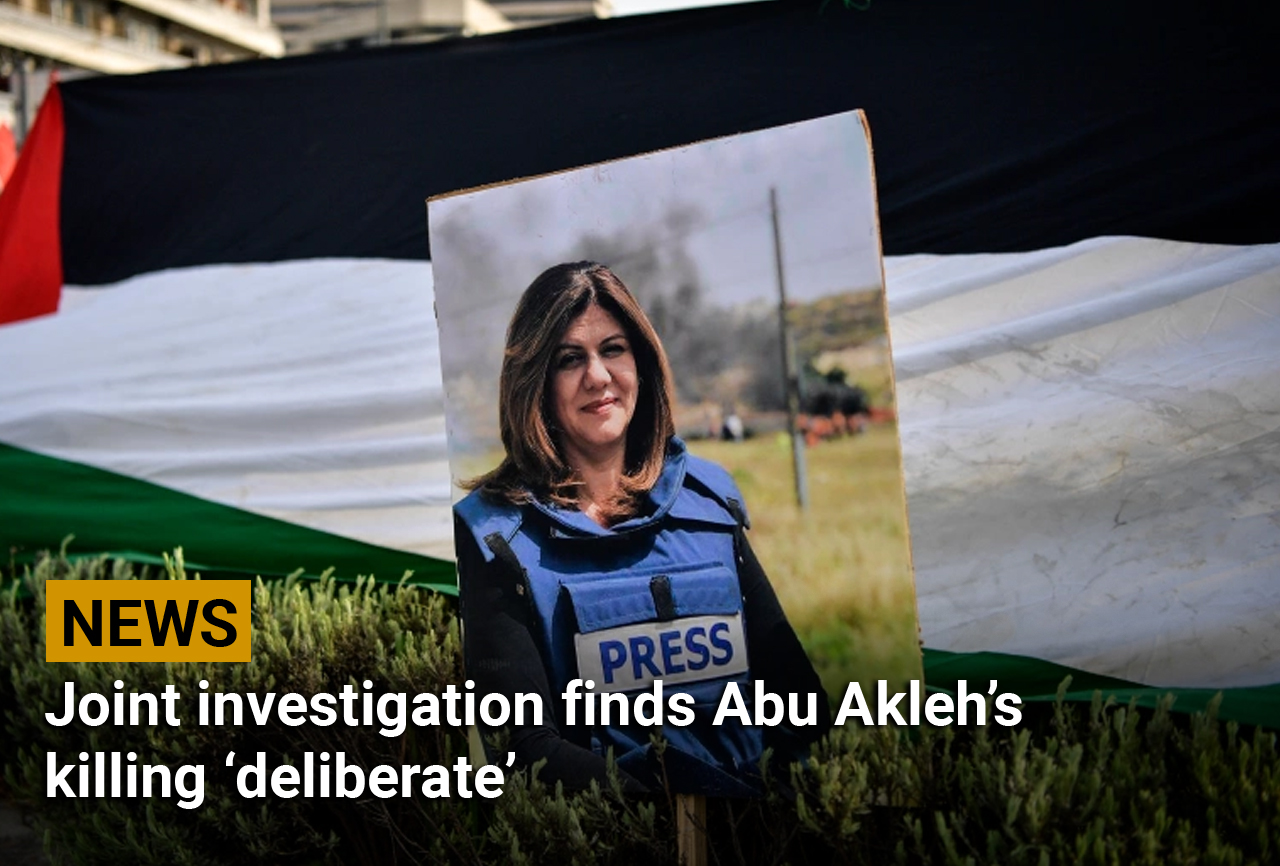 A joint investigation by a London-based multidisciplinary research group and a Palestinian rights group has uncovered further evidence that refutes Israel’s account that the killing of veteran Al Jazeera journalist Shireen Abu Akleh was a mistake.

Abu Akleh, who was with Al Jazeera for 25 years and known as the “voice of Palestine”, was shot in the head and killed by Israeli forces on May 11 while she was covering an army raid in the Jenin refugee camp in the occupied West Bank.

The probe examined the Israeli sniper’s precise angle of fire, and concluded that the sniper was able to clearly tell that there were journalists in the area. It also ruled out the possibility of confrontations between Israeli forces and Palestinians in Jenin at the time of the attack.

According to the investigation, for which Al Jazeera provided material, the Israeli sniper shot for two minutes, and deliberately targeted those who tried to rescue Abu Akleh.

The sniper shot three times, releasing six bullets the first time, then after eight seconds, seven more. One of these bullets was the one that killed Abu Akleh, hitting her just under her helmet.

The findings come on the same day that Abu Akleh’s family formally submitted an official complaint to the International Criminal Court (ICC), demanding justice for her killing.

Her brother Anton said the family would do whatever it takes to ensure accountability for her killing.

“Like we said before, and like other reports said previously, there were more than 16 shots fired towards Shireen and the media and her colleagues who were standing in that ally,” he told Al Jazeera. “They even targeted the person who was trying to pull her into safety after she was shot down.”

The complaint is supported by the Palestinian Press Syndicate and the International Federation of Journalists (IFJ).

Earlier this month, Israel said that there was a “high possibility” that its forces had killed Abu Akleh, but said it would not be launching a criminal investigation.

Multiple investigations carried out by the United Nations, Israeli and Palestinian human rights organisations, and leading news outlets have concluded that Abu Akleh was killed by an Israeli soldier.