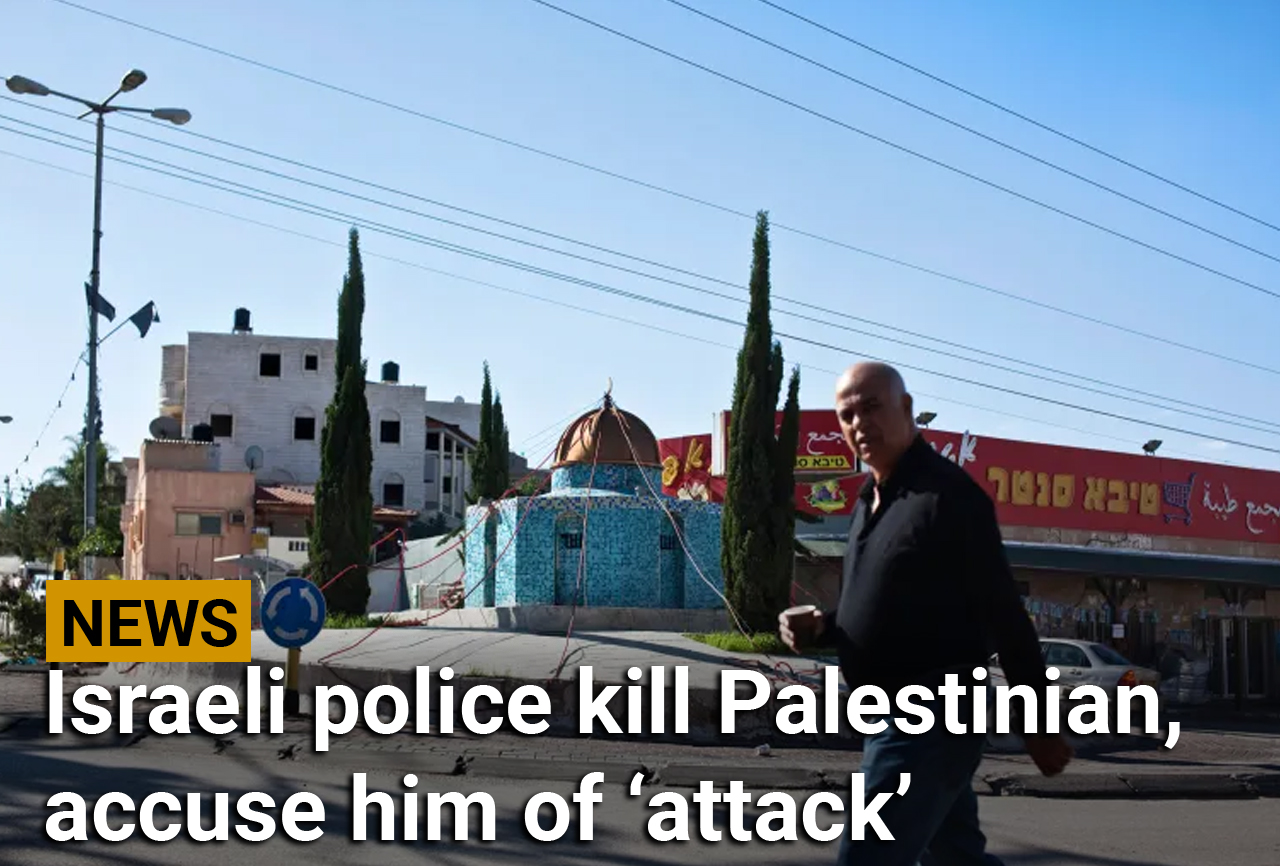 Family denies the Palestinian citizen of Israel had attempted to ram Israeli officers with a car in Kafr Qasim.

Israeli police have shot dead a Palestinian citizen of Israel in the central city of Kafr Qasim in an incident that also left at least three police officers injured, authorities and medics said.

Family members of the man killed on Friday were quoted by the Palestinian Arab 48 website as denying police allegations that the man had been attempting to attack the officers.

Israeli police said its officers had been lured into an ambush in Kafr Qasim, a Palestinian city in Israel 19km (12 miles) northeast of Tel Aviv and just outside the occupied West Bank.

The police alleged that its officers were responding to a false report of a violent incident, where a man attempted to open fire on them, before later ramming a car into some officers, leaving them lightly wounded.

Security camera footage released by Israeli police shows a man emerging out of a building and attempting to fire on what appears to be a police officer before a car later emerges and reverses towards a crowd of officers.

Israel’s Magen David Adom emergency service said that is when the police shot the man.

Soldiers and police said they found an automatic weapon, along with a knife and tear gas, at the scene.

Kafr Qasim is one of a number of Palestinian-majority population centres in Israel struggling with surging violent crime. Residents say they are abandoned by the Israeli government, leading to greater criminality and increased poverty.

Friday’s incident is the latest in what has been a deadly year for Palestinians.

More than 200 Palestinians have been killed by Israeli forces in 2022, including about 150 in the West Bank, the vast majority during the near-daily raids conducted by the Israeli army.

More than 30 people have also been killed in attacks by Palestinians. Some of those attacks in recent years have included stabbings, shootings and ramming of cars.

Friday’s incident also comes days before Israel is set to swear in the most right-wing government in its history, including far-right figures like Itamar Ben-Gvir who had previously been a member of Kach, designated as a “terrorist” group by Israel and the European Union.