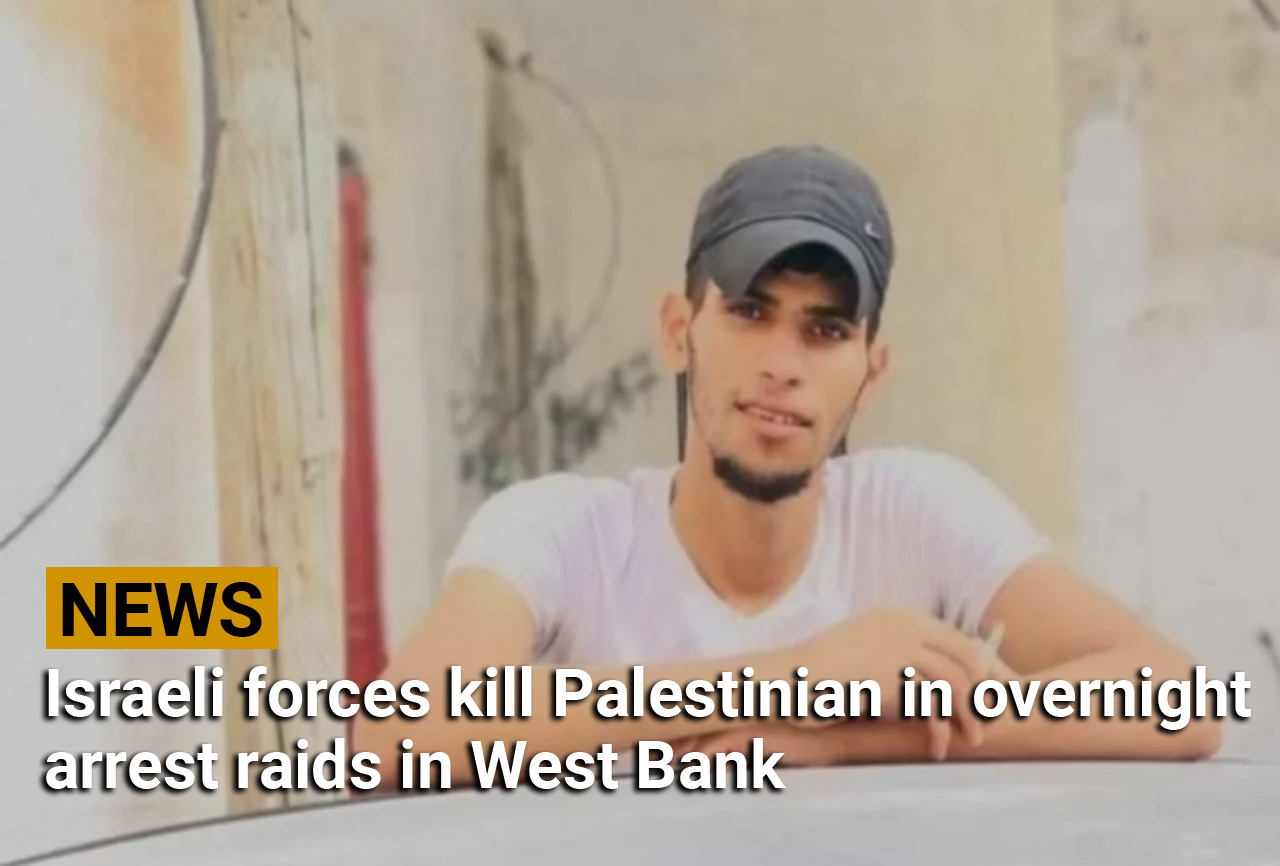 Israeli forces killed a Palestinian man and detained 20 others during overnight raids across the occupied West Bank on Wednesday.

“Yunis Ghassan Tayeh, 21, was killed by a bullet to the heart fired by a soldier of the occupation in al-Fara camp,” the Palestinian health ministry said.

Al-Fara camp is located between Jenin and Tubas, an area that has seen repeated confrontations in recent weeks.

“I asked him not to cross the street, as a soldier could be taking aim. As soon as he crossed the street he (a soldier) immediately shot him,” Tayeh’s twin brother Hussein told Reuters.

“I tried to reach him but he (the soldier) aimed fired two bullets at me, so I couldn’t go out.

The Palestinian Prisoners Club reported that Israeli forces stormed dozens of houses in different areas of the West Bank, causing widespread damage, subjecting their residents to field investigations and holding them for long hours.

At least 20 Palestinians were detained in the early hours of Wednesday, the Prisoners Club said, and taken to be interrogated by Israeli security services for allegedly participating in acts of popular resistance against Israeli forces and settlers.

The raids were concentrated in the governorates of Ramallah, Nablus, and Hebron, while confrontations erupted in al-Fara camp and the town of al-Yamoun.

The army has been conducting near-daily raids in the West Bank since the start of the year, in which scores of Palestinians have been killed. Armed forces chief Lieutenant General Aviv Kohavi said on Monday that 1,500 “wanted people” had been arrested in the raids.

On Tuesday, 29-year-old Mohammad Musa Sabana was killed and 16 people wounded when Israeli troops entered Jenin to demolish the home of a Palestinian who allegedly carried out an attack in Tel Aviv in April.